Early exposure to bisphenol A might damage the enamel of teeth.

Are teeth the latest victims of bisphenol A? Yes, according to the conclusions of work carried out by the research team led by Ariane Berdal of the Université Paris-Diderot and Sylvie Babajko, Research Director at Inserm Unit 872 “Centre des Cordeliers”. The researchers have shown that the teeth of rats treated with low daily doses of BPA could be damaged by this. Analysis of the damage shows numerous characteristics that are common with a recently identified pathology of tooth enamel that affects roughly 18% of children between the ages of 6 and 8.

These results have been published in the American Journal of Pathology.

Bisphenol A (BPA) is a chemical compound used in the composition of plastics and resins. It is used for example to manufacture food containers such as bottles or babies’ bottles. It is also used for the protective films inside drinks cans and food tins, or as developers on sales receipts. Significant amounts of BPA have also been found in human blood, urine, amniotic liquid and placentas. Recent studies have shown that this industrial compound has adverse effects on the reproduction, development and metabolism of laboratory animals. It is strongly suspected of having the same effects on humans.

As a precautionary measure, the manufacture and commercialisation of babies’ bottles containing bisphenol A were prohibited in Europe in January 2011. The prohibition will be extended to all food containers in France as from July 2015.

So this study shows that teeth are the latest in an already long list of victims of BPA.

The Inserm researchers have shown that the incisors of rats treated with low daily doses of BPA (5 microgrammes/kg/day) could be damaged by this.

This effect has also been observed within a development window of no more than 30 days post-birth in rats, thus demonstrating a range of sensitivity to exposure.

Analysis of these teeth showed numerous characteristics that are common with a tooth enamel pathology known as MIH (Molar Incisor Hypomineralisation) that selectively affects first molars and permanent incisors. This enamel pathology is found in roughly 18% of children between the ages of 6 and 8. Children affected by this pathology present with teeth that are hypersensitive to pain and liable to cavities. It is interesting to note that the period during which these teeth are formed (the first years of life) correspond to the period during which humans are most sensitive to bisphenol A.

Amongst the earliest observations made was the appearance of “white marks” on the incisors of rats treated with endocrine disruptors, one of which was bisphenol A (BPA). The researchers decided to define the characteristics of incisors of rats treated with low doses of BPA and to compare these with the characteristics of teeth in humans suffering from MIH

Macroscopic observation of marks on both series of teeth showed similarities, in particular fragile and brittle enamel.

Microscope observation of the enamel showed a significant reduction of the Ca/P and the Ca/C ratios in affected teeth.  This leads to mineral depletion, making the teeth more fragile and more liable to cavities.

Finally, analysis of the proteins present in the tooth matrix of rats showed an increased quantity of enamelin, a key protein for enamel formation, and a buildup of albumin leading to hypomineralisation. Analysis of the expression of key enamel genes highlighted two BPA target genes: enamelin and kallicrein 4.

According to Sylvie Babajko, the latest author of this article, “Insofar as BPA has the same mechanism of action in rats as in men, it could also be a causal agent of MIH. Therefore, teeth could be used as early markers of exposure to endocrine disruptors acting in the same way as BPA and so could help in early detection of serious pathologies that would otherwise have occurred several years later”. 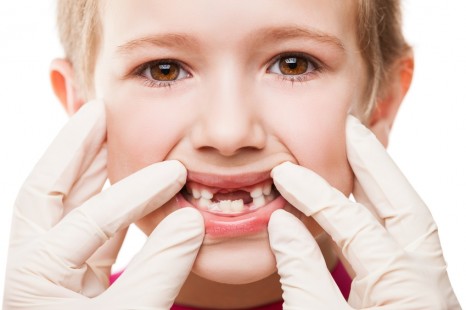 TO CITE THIS POST :
Video press release – Inserm press room Early exposure to bisphenol A might damage the enamel of teeth. Link : https://presse.inserm.fr/en/early-exposure-to-bisphenol-a-might-damage-the-enamel-of-teeth/8412/