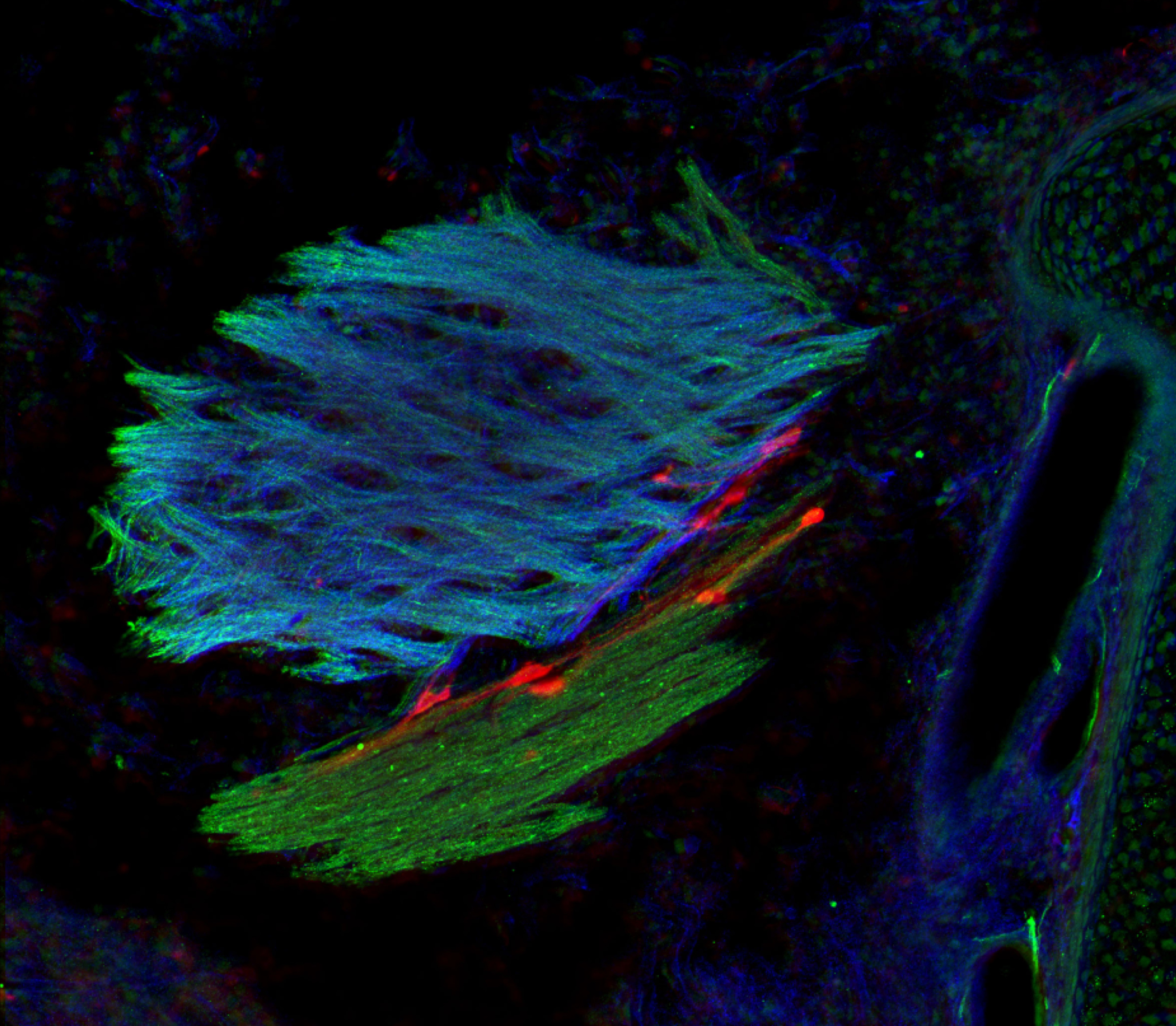 Until now the general consensus had been that puberty was triggered by the acceleration of growth. However, a research team from Inserm, Lille teaching hospital and Université de Lille working at the Lille Neuroscience and Cognition Laboratory has discovered in mice a mechanism associated with the prepubertal growth spurt and the triggering of early puberty. This mechanism is regulated by the GnRH neurons, which orchestrate fertility, through the expression of their protein Nrp1. The team’s findings, published in The EMBO Journal, challenge existing knowledge of the triggers of puberty and pave the way for the study of this mechanism in humans and its potential role in some cases of early puberty.

The general consensus is that a growth spurt at the beginning of puberty triggers the activation of GnRH neurons[1] in the brain and the release of sex hormones. During embryonic development, these GnRH neurons appear in the nose and migrate towards the hypothalamus in the brain – from where they later go on to orchestrate fertility.

This study, conducted by Inserm Research Director Vincent Prévot and his team within the Lille Neuroscience and Cognition laboratory (Inserm/Lille teaching hospital/Université de Lille), has challenged this scientific consensus by re-examining the roles of GnRH neurons in triggering puberty.

This study follows previous research in which Prévot and his team had shown that a protein, called Nrp1, which is present along the axons linking the nose to the olfactory system of the brain, is a component of the “rails” that enable GnRH neurons to migrate from the nose to the brain during embryonic development. However, Nrp1 is also expressed by the GnRH neurons themselves, which led the researchers to study its role in the migration and functioning of those neurons. In order to do that, they developed a mouse model in which Nrp1 was inactivated only in the GnRH neurons but continued to be expressed elsewhere. These neurons were labeled with fluorescence in order to observe them over a period of time.

What the research team observed in the mutated mice was an increase in the quantity of GnRH neurons in the nose, which is associated with migration towards the brain starting earlier. Physiologically, the authors observed weight gain and more rapid growth of the mutated mice in relation to the control animals, as well as an earlier start to puberty.

These observations suggest that the GnRH neurons could in reality control the prepubertal growth spurt and not the other way around as the researchers had hitherto thought.

“We will research connections and communications between the GnRH neurons and the appetite and growth regulation functions to explain this phenomenon, specifies Prévot. It is the first time to my knowledge that these GnRH neurons are attributed functions that differ from reproduction.”

The researchers also saw in the mutated mice that the neurons had colonized an unusual region of the brain, the olfactory bulb – the center of olfactory information processing -, when they are usually only concentrated in the hypothalamus. This observation led them to verify whether the perception of odors – known to play a role in sexual attraction – could be modified. They then observed that very young female mice presenting a lack of Nrp1 had, contrary to those of the control group, a preference for the odors of male mice versus those of members of their own sex. Early puberty in those mutated mice could therefore be accompanied by sexual attraction that also takes place earlier.

It remains to be verified whether these mechanisms occur in humans. “These findings suggest that a very early growth spurt could be associated with early GnRH neuron activation. A phenomenon that could also be associated with certain variants of the NRP1 gene. These results open up new avenues in preventing the risks of early puberty in children. We will now go on to explore the inhibition of GnRH neural activity with drugs that are already used in a clinical setting”, envisages Prévot.

[1] A group of cells in the hypothalamus secrete gonadotropin-releasing hormone (GnRH),  which controls puberty and fertility. GnRH stimulates secretion of the sex hormones LH and FSH that in turn stimulate the gonads. Acquiring these functions is a lengthy process that starts with the migration of the GnRH cells in the nose towards the brain during embryonic development, and then continues with their maturation and activation at puberty.

TO CITE THIS POST :
Press release – Inserm press room Early Puberty: Is There a Potential Explanation for Some Cases? Link : https://presse.inserm.fr/en/early-puberty-is-there-a-potential-explanation-for-some-cases/40798/