A study has focused on the evolutionary history of the mycobacterium that causes tuberculosis, and more specifically on the Beijing lineage associated with the spread of multidrug resistant forms of the disease in Eurasia. While confirming the East-Asian origin of this lineage, the results also indicate that this bacterial population has experienced notable variations coinciding with key events in human  history. They also demonstrate that two multidrug resistant (MDR) clones of this lineage started to spread concomitantly with the collapse of the public health system in the former Soviet Union, thus highlighting the need to sustain efforts to control tuberculosis. Finally, this work has made it possible to identify new potential targets for the treatment and diagnosis of this disease. This study was carried out by scientists at the Centre d’Infection et d’Immunité de Lille (CNRS/Institut Pasteur de Lille/Inserm/Université de Lille) and the Institut de Systématique, Evolution, Biodiversité (CNRS/Muséum national d’Histoire naturelle/UPMC/EPHE), working in collaboration with a large international consortium[1]. Its findings were published on 19 January in Nature Genetics. 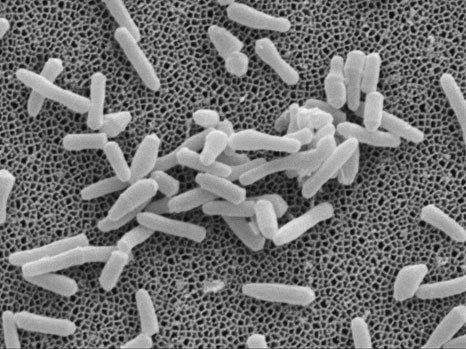 Tuberculosis remains a major public health problem. The disease is  responsible for nearly one million-anda-half deaths each year, and strains of the infective agent that are increasingly resistant to antibiotics continue to emerge. The lineage of so-called Beijing strains is closely associated in particular with the spread of multi- and ultra-resistant tuberculosis in Eurasia. By studying the genetic fingerprints[2] of almost 5,000 isolates from this lineage, originating from 99 countries (i.e. the largest collection analyzed to date[3]), and then analyzing around a hundred bacterial genomes in more detail, the authors of this study were able to identify its original source and track the main stages in its spread.

The results of these genetic analyses indicate that the Beijing lineage emerged nearly 7,000 years ago in a region lying between northeastern China, Korea and Japan, whence it radiated throughout the world in successive waves associated with historical movements of human populations from east to west. In the modern era, the bacterial population first saw its size increase during the industrial revolution and the First World War. These phases of growth were probably linked to increases in human population density and deprivation respectively associated with these events. The only phase of  decline observed thereafter was concomitant with the widespread use of antibiotics during the 1960s. This decline ended in the late 1980s, and was  related to the HIV/AIDS epidemic and the onset of multidrug resistance.This study has also shown that the more recent epidemic spread of the two  strains most closely associated with MDR in Central Asia and Eastern Europe coincided with the collapse of the public health system in the former Soviet Union. These findings underline the importance of maintaining highly  efficient disease control systems and developing new and more effective methods for  diagnosis and treatment.

In this context, the scientists identified a series of mutations and genes that might be connected with epidemic episodes and multidrug resistance. These genes constitute potential targets for treatment and for the development of new and more rapid diagnostic methods for multidrug resistance, based on  genomic sequencing.

[1] Consortium also led by the Borstel Research Center (Germany).[2] Based on an internationally standardized molecular method, these analyses were performed by the team at the Centre d’Infection et d’Immunité de Lille, working in collaboration with the company Genoscreen.[3] This collection was built up thanks to an international consortium, which includes the US Center for Disease Control.
TO CITE THIS POST :
Press release – Inserm press room Elucidating the origin of MDR tuberculosis strains Link : https://presse.inserm.fr/en/elucidating-the-origin-of-mdr-tuberculosis-strains/17539/