Alcohol Consumption and Risk of Dementia 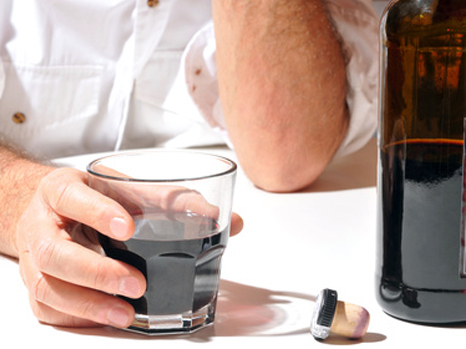 The conclusions of a new study coordinated by Inserm show that excessive long-term alcohol consumption is linked to an increased risk of dementia. The results also suggest an increased risk among those who abstain, even if the underlying mechanisms in the two groups are very likely to differ. With those consuming to excess, the cases of hospitalization for chronic alcohol-related disease were linked to a four times higher risk of dementia, while in the abstainers this risk is only 1.5 times higher and can be explained in part by an increased risk of cardiometabolic disease. These results were published in British Medical Journal based on data from the British Whitehall II cohort.

With the increase in life expectancy, the number of people affected by dementia is expected to triple by 2050. However, not all of its risk factors have been identified. That is why a team of Inserm researchers based in France and the UK undertook to study the link between alcohol consumption in midlife (between the ages of 40 and 60) and the risk of developing dementia in the 23 years that followed. They also examined whether cardiometabolic diseases (which include stroke, coronary heart disease and diabetes) had any effect on this link.

Their study reveals that those who abstain from drinking alcohol or those who consume more than 14 units of alcohol per week between the ages of 40 and 60 present an increased risk of developing dementia with aging.

The results they obtained are based on 9,087 British civil servants aged between 35 and 55 in 1985 who participated in Whitehall II, a study which examined the consequences of social, economic, biological and lifestyle factors on long-term health. At regular intervals between 1985 and 1993, the participants (average age 50) were evaluated for their alcohol consumption and alcohol dependence.

Hospital admissions for alcohol-related chronic diseases and dementia cases from 1991, as well as cardiometabolic diseases were identified from hospitalization records.

Out of the 9,087 participants, 397 cases of dementia were recorded over an average follow-up period of 23 years. The average age when dementia was diagnosed was 76 years.

Cases of hospitalization for alcohol-related chronic diseases were linked to a four times higher risk of dementia.

While these findings show that both abstinence and excessive alcohol consumption are linked to an increased risk of dementia, the researchers agree than the underlying mechanisms in each of the two groups are very likely to differ.

In the abstainers, the researchers show that part of the additional dementia risk was linked to a higher risk of cardiometabolic disease. However, other health factors, alcohol consumption earlier in life, other unmeasured sociodemographic characteristics could also explain the excess risk of dementia observed in the abstainers.

For Séverine Sabia, Inserm researcher and principal author of this research: “these findings support the data according to which excessive alcohol consumption is a risk factor for dementia, and they encourage the recommendation of lower consumption thresholds to promote better cognitive aging. In no way should the results observed in the abstainers encourage people who currently do not drink to start doing so because, according to French Public Health Agency figures, alcohol consumption is responsible in France for 49,000 deaths from cancer, cirrhosis, psychosis and alcohol dependence”.

In France, the public health recommendations in terms of “acceptable risk” are 10 glasses per week and no more than two glasses per day on the basis that one glass in France corresponds to 10 g of alcohol, i.e. 100 g per week. These recommendations are now the same for both men and women.

Finally, given that this is an observational study, it is not possible to draw definitive conclusions as to a causal relationship.