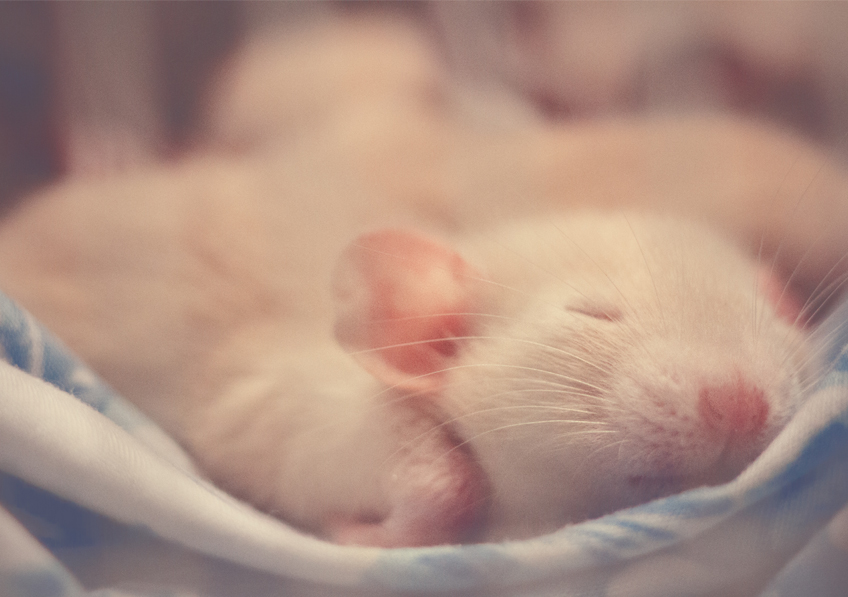 What happens inside our brains when we sleep? To answer this question, French researchers have, for the first time, filmed the entire brain in sleeping rats, thanks to innovative ultrasound imaging technology. They were thus able to closely observe brain function in rodents, particularly during the REM sleep phase. These results were obtained in shared Inserm, ESPCI Paris, CNRS, and Sorbonne University laboratories. Published in Nature Communications, these findings allow this period to be redefined as a brain hypersynchronization phase, characterized by massive peaks in blood flow, particularly in the hippocampus. These new data, which question the role currently ascribed to REM sleep, have yet to be confirmed in humans.

REM sleep is a specific sleeping state in which brain activity is similar to the waking state, while being associated with inhibition of muscle activity. It is notably characterized by rapid eye movements, and has long been considered to coincide only with dreaming and emotional processes. However, recent studies showed that it also played a major role in neuronal plasticity in the hippocampus, i.e., the ability of neurons to reconfigure their connections.

To have a better understanding of brain function during REM sleep, researchers from Inserm unit 979 “Wave Physics for Medicine” managed by Mickaël Tanter at Institut Langevin (ESPCI Paris/CNRS), and recently accredited as a “Biomedical ultrasound” technology research accelerator in partnership with the Paris-Seine Neuroscience Laboratory (Sorbonne University/CNRS/Inserm), studied brain activity in sleeping rats. To do so, they combined electroencephalography (EEG), which records neuronal electrical activity, with an ultrarapid ultrasound imaging technique known as fUS (functional ultrasound). This innovative technique, developed by the team led by Mickaël Tanter, allows highly precise visualization of variations in blood flow related to neuronal activity throughout the brain in alert, moving rats.

The research team observed that REM sleep in rats is associated with substantially increased blood flow in the brain, in the form of waves which first reach the subcortical regions and then move along the hippocampus, followed by the cortex. In comparison, non-REM sleep and waking phases in inactive rats show relatively low cerebral blood volumes.

This vascular hyperactivity during REM sleep is characterized by two phases: one, similar to the findings observed when recording active rats, and the other, unknown until now, consisting of sudden elevations in blood flow which the researchers describe as “vascular surges”. Although lasting 5 to 30 seconds on average, these can persist for 1 minute in the cortical regions, and are particularly strong in the hippocampus.

The researchers successfully identified an electrical signal in the hippocampus (a crucial zone for memory), characteristic of these elevated blood flow peaks. This signal – high-frequency gamma oscillations – is ordinarily observed in alert rats. Their intensity during REM sleep is directly correlated with vascular surge intensity, which suggests that these local oscillations could control vascular flow throughout the brain. “This information is crucial,” points out Antoine Bergel, co-author of the study, “as it allows us to target very precise regions of the brain potentially involved in the genesis of these intense vascular events.”

The scientists also noted that, during REM sleep, a vascular synchronization phenomenon exists between distant areas of the brain (cortex, hippocampus, and thalamus), which is much more extensive compared to any other sleeping or waking states.

These studies reveal the very first films of the entire brain during REM sleep and confirm the benefit of neurofunctional ultrasound to fundamental neuroscience research. At present, the fUS technique is still difficult to apply in adult humans. However, these results can now be confirmed in neonates, although caution should be exercised in terms of extrapolation to human physiology. These results nonetheless represent major progress in understanding the connection between electrical and vascular activity (a phenomenon involved in numerous human disorders, such as stroke or epilepsy), and challenge our understanding of REM sleep, the function of which has yet to be elucidated.

Images obtained using the fUS technique and EEG signals generated in a rat brain during the waking, deep sleep and REM sleep phases. In contrast to the highly similar electrical signals between waking and REM sleep, vascular brain activity is much more intense and more “synchronized” than during the waking state. The brain structures are identified by superimposing a brain atlas onto the vascular network images.