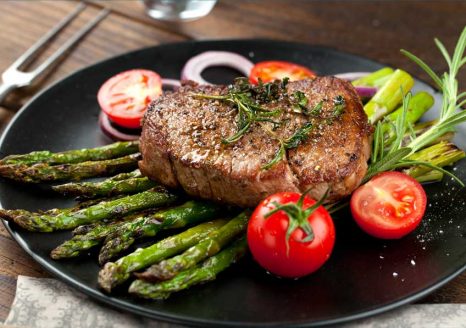 A 25% reduction in cancer risk has been observed among “regular” organic food consumers, compared to consumers who eat organic less often. These were the findings of an epidemiological study conducted by a team from Inra, Inserm, University of Paris 13, CNAM, following analysis of a sample of 68,946 participants in the NutriNet‐Santé cohort. Although a link between cause and effect cannot be established based on this study alone, the results suggest that a diet rich in organic foods could limit the incidence of cancer. Additional research is nonetheless necessary in order for appropriate, targeted public health measures to be introduced. This study was published in JAMA Internal Medicine on October 22, 2018.

The organic food market has grown tremendously in recent years. In addition to ethical and environmental aspects, one of the main driving factors for eating organic is that these foods are grown without crop protection products and synthetic inputs, and could therefore be associated with health benefits. However, insufficient epidemiological data are currently available to conclude that an organic diet has a protective effect on health (or that there is an increased risk related to the consumption of conventionally farmed foods). Although contact with chemical inputs, particularly via occupational exposure among farmers, has been associated with an increased risk of disease (notably prostate cancer, lymphoma, and Parkinson’s disease), the risk to the general population via food is unknown.

Researchers from the Center of Research in Epidemiology and Statistics Sorbonne Paris Cité (Inra/ Inserm/University of Paris 13/CNAM) conducted an epidemiological study based on the analysis of a sample of 68,946 participants (78% females, mean age 44 years) in the NutriNet-Santé cohort (see text box below). Data on their conventional or organic food consumption were collected at inclusion, using a questionnaire on the frequency of consumption (never, occasionally, most of the time) for 16 food groups[1]. This analysis also took sociodemographic characteristics, lifestyle and nutritional habits into account.

Over the seven-year follow-up period (2009-2016), 1,340 new cancer cases were recorded and validated based on medical records. A 25% reduction in cancer risk (all types combined ) was observed among “regular” organic food consumers compared to more occasional consumers.

This relationship was particularly pronounced for breast cancer in menopausal women (-34% risk, high versus low organic score) and lymphomas (-76% risk). Taking into account various risk factors potentially affecting this relationship (sociodemographic factors, diet, lifestyle, and family history) had no effect on the results.

The conclusions of this study need to be confirmed by other investigations conducted on other study populations, in different contexts. Nevertheless, these results support the recommendations issued by the Haut Conseil de Santé Publique (HCSP) in 2017, for the future dietary indicators of the French National Nutrition and Health Program (Programme National Nutrition Santé – PNNS), aiming to prioritize foods cultivated using methods reducing exposure to pesticides, for fruit, vegetables, pulses, and wholegrain products.

“Nutrinauts” after enrollment), initiated in 2009, aiming to study the relationships between

nutrition and health. As part of the NutriNet-Santé study, the BioNutriNet project focuses on

the potential impact of food consumption according to production methods (organic versus conventional farming methods), on nutritional status, toxicological markers, the environment, and individual health.

The recruitment of new volunteers to participate in the NutriNet-Santé study continues. Simply register online (www.etude-nutrinet-sante.fr) and complete the questionnaires. These will enable the researchers to deepen their knowledge on the links between nutrition and health and thereby improve the prevention of chronic diseases through our diet.

Researchers from Inserm, Université de Rennes 1 and the EHESP School of Public Health at Irset wished to identify the impact on cognitive performance of three pollutants linked to road traffic (fine particles of less than 2.5 microns in diameter, nitrogen dioxide ...