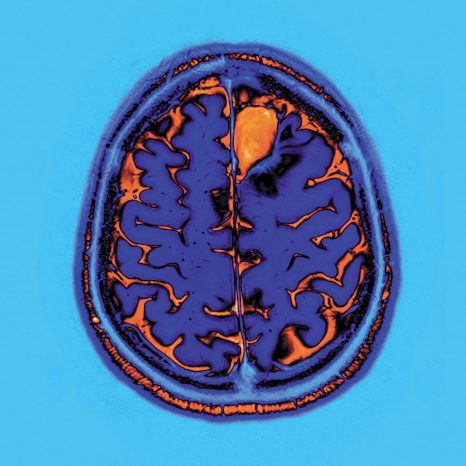 As part of the InFoR-Autism* scientific program, supported by Institut Roche, an MRI neuroimaging study investigated the links between local anatomical connectivity and social cognition in individuals with autism spectrum disorder (ASD). Born out of the partnership between Fondation FondaMental, Inserm researchers, NeuroSpin (CEA Paris-Saclay), and Henri Mondor University Hospital-AP-HP, the results appear to challenge the prevailing theoretical model which suggests that ASD is caused by diminished “long-distance” connections between neurons located throughout the brain, associated with increased “short-distance” neural connectivity between adjacent regions of the brain. Published in Brain, these studies could, if confirmed on a larger scale, pave the way for exploring new therapeutic approaches.

Autism spectrum disorder (ASD) is a neurodevelopmental disorder characterized by communication disorders, diminished social interaction skills, together with sensory and behavioral abnormalities. Genetic and brain imaging studies suggest that abnormal brain development, notably concerning the formation of neural networks and synapse function, could contribute to the onset of ASD.

In recent years, neuroimaging studies have shown that individuals with ASD have functional abnormalities affecting certain areas of the brain known to be responsible for processing emotions, language, and social skills. Studies on brain connectivity in individuals with ASD have notably evidenced diminished “long-distance” connections, in contrast to increased “short-distance” connectivity. These results formed the basis for the development of a theoretical model aiming to shed light on ASD, according to which the deficit in terms of social attention and information processing observed (difficulty in understanding a situation as a whole, attention to certain details) is explained by a saturation of information processed by the brain, linked to the increased neural connectivity between adjacent regions of the brain.

Nonetheless, Professor Josselin Houenou, Professor of Psychiatry at UPEC, Inserm researcher, practitioner at Henri Mondor University Hospital-AP-HP, and last author of the study published in Brain, explains: “This model is based on the study of heterogeneous pediatric populations, comprising autistic children of varying ages and with highly diverse symptoms, and on relatively unspecific neuroimaging methods which do not allow reliable measurement of “short-distance” connectivity.”

In order to test the current model, the authors of this study used an innovation designed by Miguel Gevara, Jean-François Mangin, and Cyril Poupon at NeuroSpin, namely an atlas specifically focusing on the tractography analysis of 63 “short-distance” connections using images obtained by diffusion MRI (dMRI). dMRI evidences white matter bundles in the brain in vivo, by measuring the diffusion of water molecules, notably along the axons. Tractography can then be used to reconstruct, step by step, the nerve fiber bundle paths, represented in tractogram form.

The authors were thus able to study the links between “short-distance” connectivity and social cognition in a homogeneous adult population of individuals with ASD, originating from the InFoR-Autism cohort* (27 patients with ASD, without intellectual deficit, and 31 control subjects), with one of the most extensive databases per patient and per control.

“The strength of the InFoR-Autism cohort* lies in the wealth of data collected for each subject included. We were thus able to establish a link between the neuroimaging results obtained and the social cognition scores, measuring social skills, empathy, social motivation, etc.,” explains Dr. Marc-Antoine d’Albis, Hôpital Henri Mondor, Inserm U955, lead study author.

These preliminary results are well and truly at variance with the current theoretical model according to which diminished social attention and information processing in individuals with ASD is explained by increased neural connectivity between adjacent regions of the brain. These now need to be confirmed by studies in children with ASD, as explained by Professor Josselin Houenou.

According to Professor Josselin Houenou, “These preliminary results nonetheless suggest that these “short-distance” connectivity abnormalities could contribute to certain social cognitive deficits observed in autistic subjects. Similar studies now need to be conducted in children in order to confirm the results obtained in adults. Pediatric cohorts allow children of varying ages – and therefore brain maturation – to be studied, which entails taking into account a much larger population of subjects.

If these initial conclusions were confirmed, this would allow the development of new therapeutic approaches for social cognition deficits to be envisaged. For instance, transcranial magnetic stimulation could be explored since brain connectivity between adjacent regions is located on the surface of the brain.”

Since late 2012, Fondation FondaMental, Inserm, Inserm Transfert, and Institut Roche have been partners in the InFoR Autism scientific program which aims to monitor clinical, biological and brain imaging variables with a view to studying the stability and progression of ASD. 117 patients and 57 healthy volunteers aged 6 to 56 years in total have been included in the study. This cohort has one of the largest databases (clinical, biological, eye tracking, and imaging) per patient and per control.