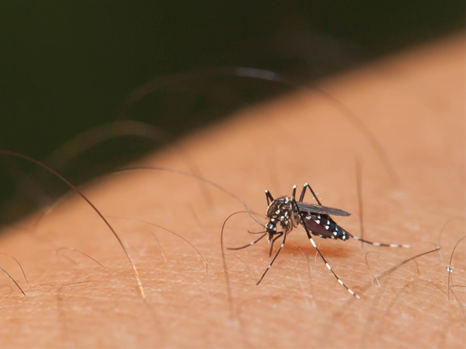 ZIKAlliance, a multidisciplinary and multinational research consortium coordinated by Inserm, has received €12 million from the European Union’s Horizon 2020 research and innovation programme to conduct a large-scale 3-year research project on Zika virus (ZIKV) infection in Latin America and the Caribbean.

In France, 11 partners will work alongside Inserm on this project: the Instituts Pasteur in Paris and New Caledonia, Inserm Transfert, the Institute for Development Research [IRD], the Atomic Energy Commission [CEA], the National Centre for Scientific Research [CNRS], Aix-Marseille University, Institut Louis Malardé, Papeete, ANSES, University of Lyon and University of Rennes 2.

“Funding by the European Commission of this project, coordinated by Inserm, shows how much French expertise, through the multidisciplinary approach of the REACTing consortium[1], is recognised for its ability to organise and coordinate research in an emergency. ZIKAlliance is the outcome of the strong mobilisation of research leaders since 2015 to combat this emerging infectious disease,” says Yves Lévy, Chairman and CEO of Inserm and President of Aviesan, the National Alliance for Life Sciences and Health.

In a global effort to combat this international menace that has affected 73 countries and territories worldwide (WHO Zika Situation Report, 13 October 2016), the consortium, which is spread over 4 continents, will bring together many university disciplines to approach three main objectives.

Its first goal is to explore the repercussions of ZIKV during pregnancy, and the short- and long-term effects on newborns. Even though a link between Zika and microcephaly has been proven[2], the consequences of ZIKV for mothers and babies remain largely unknown.

ZIKAlliance will also explore the history of ZIKV in humans and their environment, based on the context of other arboviruses that affect the same populations, such as dengue and chikungunya. Consortium partners specialised in basic sciences will seek to characterise the virus and disease mechanisms, and identify drugs to control the viral infection. In the social sciences, the partners will analyse the cost and social repercussions of the disease, and will describe the beliefs and behaviours within the affected Brazilian population.

Another of the consortium’s objectives is to better organise research in anticipation of future threats of epidemics in the affected areas: it will establish a network of research centres in Latin America and the Caribbean prepared to study emerging diseases. This objective is being pursued in collaboration with two other consortia funded by the European Commission: ZikaPlan and ZikAction.

Vast medical cohorts will be studied in Latin America and the Caribbean. The main European research bodies will contribute to basic research programmes. Meanwhile, the partners in Africa, Asia and Polynesia, will take part in intercontinental epidemiological studies planned within the ZIKAlliance.

“We have managed to assemble a very large panel of partners whose experience is likely to make this project a success,” points out Xavier de Lamballerie, adding, “We are really trying to build something lasting that will help the regions in the event of future epidemics.”

A meeting to launch the project is planned in Sao Paulo on 4 and 5 December 2016.

ZIKAlliance is a 3-year project funded by the European Union’s Horizon 2020 programme for research and innovation according to Funding Agreement No. 734548.

[1] REACTing stands for REsearch and ACTion targeting emerging infectious diseases. Established in 2013, the REACTing scheme has made it possible to mobilise French teams for the chikungunya epidemic and for Ebola.

Creation of a Scientific Interest Group: A French Reference for All Questions Regarding the 3Rs

The use of animals for scientific purposes is based on the principles of the 3Rs (Replacement, Reduction and Refinement) to provide the best guidance to research and promote responsible and innovative methods. A group of research players comprising Inserm, CNRS, INRAE, Inria, ...