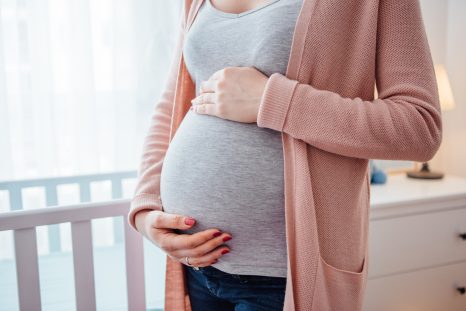 A study carried out by Béatrice Blondel (Inserm Obstetrical, Perinatal and Pediatric Epidemiology Research Team – Université de Paris) and Odile Launay (CIC Cochin Pasteur – AP-HP) reveals that seasonal influenza vaccine coverage remains particularly low among pregnant women in France (7.4% for the 2015-16 season). Despite risks of severe complications, expectant mothers are often not offered the vaccine during their prenatal monitoring or, if they are, a large majority declines it. The findings of this study have been published in Human Vaccines and Immunotherapeutics.

Since 2012, the French health authorities recommend that all pregnant women be vaccinated against influenza. Data from the scientific literature suggest that they and their newborns run a higher risk of developing severe complications of the disease.

Nevertheless, vaccine coverage of pregnant women in France continues to remain low, with Inserm researcher Béatrice Blondel and her colleagues estimating it at 7.4% for the 2015-16 season. To obtain this figure, the team used data from the National Perinatal Survey – a large-scale study periodically conducted by Inserm in France since 1995 to evaluate the health of mothers and their newborns in addition to medical practices during pregnancy and birth.

The women were interviewed to find out not just whether they had been vaccinated against the disease during their pregnancy, but also which care provider had performed their prenatal monitoring. In addition to estimating vaccine coverage, the researchers analyzed the factors that favor vaccination, as well as the reasons why a large majority of women had not made use of it.

Lack of knowledge and suspicion of vaccination

An analysis of the sociodemographic characteristics of the study participants reveals that the pregnant women most likely to be vaccinated are aged between 30 and 34, have a higher level of formal education, and are more likely to work in the healthcare sector.

In addition, those whose main care provider during the pregnancy was a general practitioner also have a higher level of vaccine coverage. “The problem in France is that the principal professionals responsible for prenatal monitoring, namely the OB-GYNs and midwives, have not taken up this question and have not systematically incorporated vaccination in the prenatal monitoring process”, specifies Blondel.

The study suggests that effective interventions should be conducted to raise awareness of influenza vaccination among medical professionals and pregnant women. Indeed, only one quarter of the mothers interviewed said that they had been offered the vaccination during their prenatal monitoring, which was then declined by 70% of them. Targeted campaigns to remind pregnant women that they are one of the populations at risk and to incite care providers to offer the vaccine could have a positive impact. In this context, given the numerous and widely-dispersed care providers involved in prenatal monitoring, the professional associations could play a decisive role in these interventions.

“Women also need to be made aware of the known benefits of the vaccination. While vaccine hesitancy is particularly strong in the French population as a whole, the principle of precaution in regards taking medication is very firmly rooted in the behavior of pregnant women. The cumulation of these two attitudes helps to explain the low vaccine coverage. Nevertheless, the inclusion of pregnant women in the 2019 national vaccine campaign should encourage improved adherence of health professionals and these women”, concludes Blondel.