History of stroke and coronary heart disease – a fatal combination

The cardiology service team at the Hôpital Bichat and the Mixed INSERM Unit 698 (AP-HP, Université Paris Diderot), in collaboration with international teams of researchers, studied a cohort of patients suffering from coronary disease. The study showed that those patients with a history of stroke or transient ischæmic attack (TIA) are not only at higher risk of cardio-vascular episodes but also of haemorrhagic events, stressing the therapeutic challenge involved in treating such patients. The research is published online in Circulation*. 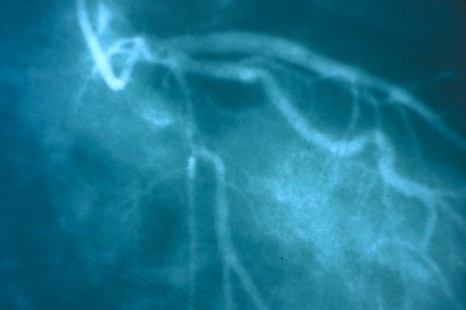 Heart and cerebro-vascular disorders represent the two leading causes of death throughout the world. They are sometimes combined in a single patient and their combination represents both a considerable risk to the patient and a therapeutic challenge

Today’s anti-thromobotic, blood-thinning medication provides effective treatment for coronary heart disease. Several randomised tests to assess new anti-thrombotic treatments in coronary patients have identified the fact that a history of stroke or TIA constitutes a marker for increased risk of intracranial bleeding that could prove fatal for the patient. The study was conducted by the Cardiology Service Team of the Bichat Hospital and INSERM Unit 698, working with several international teams, and consisted in monitoring and analysing 26,389 coronary patients from REACH, the international register of athero-thrombic patients, over a four-year period, in order to very accurately assess the ischaemic and haemorrhagic risk associated with a history of stroke or TIA in coronary patients.

The results of this study highlight the frequency of the phenomenon. It showed that 4,460 patients, 17% of the cohort of coronary patients, had a history of stroke or TIA. This stroke or TIA antecedent was associated, moreover, with an approximate 50% increase (in relation to coronary patients without a history of stroke) of dying from a heart attack or stroke, with increased risk of ischæmic and hæmorrhagic stroke.

This study also aims at investigating the therapeutic challenge of treating such patients. In fact, higher doses of anti-platelet or anti-coagulant are associated with a particularly high increased risk of hæmorrhage.

“The conclusions of the study are important since they emphasise the difficulty in treating this type of patient, a type that is frequent but whose prognosis is particularly serious. It also shows how important it is to provide the right anti-thrombotic treatment. Additional clinical trials are currently being conducted to test new treatment strategies for these patients”, explained Professor Steg of the Cardiology Department at the Hôpital Bichat.

Stroke is where there is a blockage or rupture of a blood vessel that transports blood inside the brain. The result is a lack of oxygen to the brain, which put one or more areas of the brain in danger.

Ischæmic stroke. Where the artery becomes blocked by a high-cholesterol platelet (atherosclerosis), the patient suffers an ischæmic stroke (40 to 50% of strokes), or where a blood clot blocks the artery, in which case it is a cerebral embolism (30% of AVCs).

Hæmorrhagic stroke (20% of cases). This is most frequently due to a ruptured aneurism. Tumours, hypertensive crisis and miscellaneous blood-clotting disorders can also cause hæmorrhagic strokes.

Transient Ischæmic Attack (TIA) When the obstruction in the cerebral artery reabsorbs itself and produces no sequel, the event is described as a transient ischæmic attack. The symptoms are the same as those of a stroke, but they only last a few seconds or minutes before a return to normal. An AIT may even pass unnoticed and be mistaken for mere discomfort. Yet it indicates an important risk of a more serious AVC.