HIV: new indicators for improving access to treatments for HIV

Despite the recommendations of the World Health Organization (WHO), which advocate early initiation of antiretroviral treatment for people infected with the HIV virus, it has been found that treatment is always initiated too late, particularly in medium- and low-income countries. Thus there is a gap between recommendations and what happens in the field. In a study published in the Bulletin of the WHO, the team led by Dr Dominique Costagliola (Director of the Pierre Louis Institute of Epidemiology and Public Health – Joint Research Unit S 1136 – Inserm/UPMC), in collaboration with the French National Agency for Research on AIDS and Viral Hepatitis (ANRS) sites in Cameroon and Côte d’Ivoire, proposes two new indicators enabling the evaluation of interventions implemented in the field to hasten access to treatments. 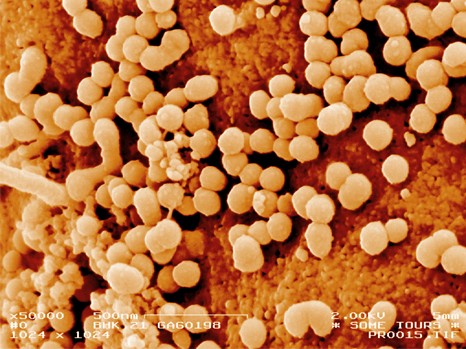 Since 2006, the World Health Organization (WHO) has been recommending increasingly earlier treatment for people infected with HIV. In 2006, the threshold for initiation of antiretroviral (ARV) treatment was 200 CD4 cells/mm3, and was then changed to 350/mm3 in 2010, and finally 500/mm3 from 2013. These changes in recommendations have been accompanied by a considerable increase in the numbers of people receiving ARV treatment: this number reached 12.9 million in 2013, including 5.6 million from 2010, leading to hope that the objective set by the United Nations, of 15 million people on ARV treatment by 2015, may be achieved.

However, in Sub-Saharan Africa, initiation of ARV treatment remains late. In 2011, one in two people infected with HIV was started on ARV drugs at a CD4 count below 185/mm3.

Moreover, the delay in treatment represents as much risk for the person infected as for the community. Many studies have in fact shown that on the one hand, rapid initiation of treatment reduces the risk of mortality and morbidity associated with HIV/AIDS for those affected, and on the other hand, reduces the viral load, thereby reducing the risk of transmitting the virus to others. A study conducted in South Africa and published in The Lancet[1] in 2009 went even further by pointing out that elimination of the HIV epidemic might be envisaged if, and only if, those infected with the virus were started on ARV treatment in the year following seroconversion[2].

The crucial question therefore arises regarding the evaluation of policies put in place to improve waiting times for the initiation of treatment. This is what is proposed by the team led by Dr Dominique Costagliola (Director of the Pierre Louis Institute of Epidemiology and Public Health – Joint Research Unit S 1136 – Inserm/UPMC ), which has developed two measurement indicators. The first measures the time elapsed between seroconversion and access to antiretroviral drugs, and the second evaluates the gap between WHO recommendations and what actually happens in the field. Their results are published in the latest issue of the Bulletin of the WHO.

The estimation of these two indicators is based on statistical modelling of data from a survey conducted on the ANRS site in Cameroon in 2011 of people who had started ARV treatment, and on the Côte d’Ivoire ANRS 1220 Primo CI cohort of people for whom the date of seroconversion could be estimated.

The first indicator enables the observation of a reduction, albeit modest, in the mean time from seroconversion to access to ARV drugs: this went from 10.4 years in 2007-2009 to 9.8 years in 2010.

The second indicator, estimating the gap between the WHO recommendations for initiating treatment and the actual time of treatment initiation, has, for its part, increased. It went from 3.4 years for the 2007-2009 period to 5.8 years in 2010.

For Virginie Supervie, an Inserm research fellow in Dominique Costagliola’s team, “These indicators reflect the gap between what needs to be done in theory to end the HIV epidemic, and what is happening in reality.”

They show that substantial efforts are needed.

The United Nations’ eight Millennium Development Goals include action on HIV/AIDS, with the objective of halting its spread and starting to reverse the current trend. However, in the example of the countries chosen for the study, with treatment waiting times of 10 years from seroconversion, and of 6 years from the time of eligibility for treatment, the reality is quite different. The indicators proposed here could contribute to these goals by helping in the evaluation of health policies established in all countries facing the epidemic.

[2] Period during which specific antibodies appear in the bloodstream in response to the virus.