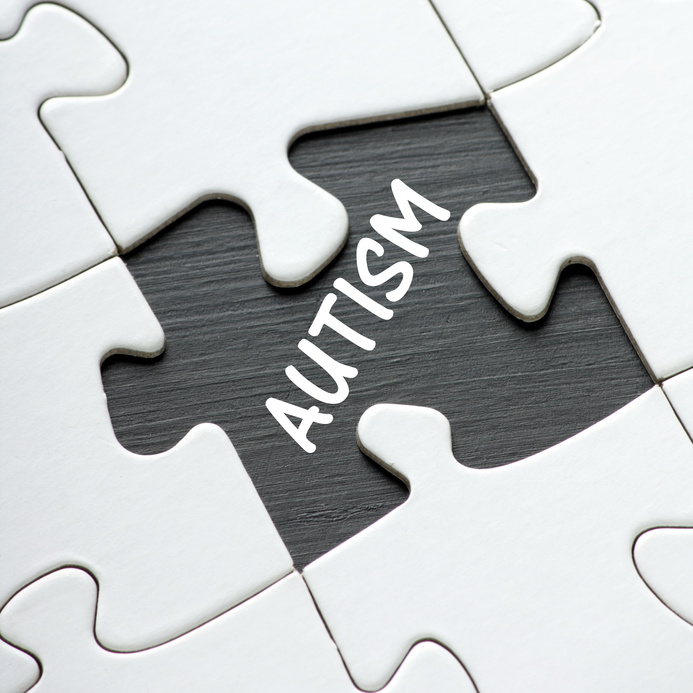 One hypothesis put forward to explain the repetitive behaviors of people with Autism Spectrum Disorder is a lack of cognitive flexibility. However, this may well not be the case. A recent study by a team of researchers from Inserm and Université de Tours used MRI to track the brain activity of autistic and non-autistic subjects faced with situations similar to those that cause problems in the daily lives of people with the disorder. Their findings, published in Brain and Cognition, suggest that the inflexibility of autistic individuals is actually the result of a strategy used to avoid socio-emotional situations. This research, which suggests now considering the cognitive and socio-emotional domains as closely linked rather than dissociated, opens up new avenues in the understanding and management of autism.

In their daily activities, people with Autism Spectrum Disorder (ASD) experience difficulty adapting their behavior to environmental changes. ASD is characterized by two main diagnostic criteria: the individual experiences persistent difficulties in social communication and is locked into repetitive behavioral patterns, restricted interests and/or activities. But while both criteria need to be present in order to diagnose ASD, little attention has been paid to how they interact.

In a study led by Marie Gomot, Inserm researcher at the Imaging and Brain laboratory (Inserm/Université de Tours), this question was explored by comparing the cognitive management of socio-emotional information and that of non-social information in people with ASD.

While the processes responsible for ASD symptoms have not yet been fully elucidated, one current hypothesis is a lack of cognitive flexibility – in other words, difficulty in alternating between multiple tasks and in analyzing one’s environment in order to adapt to these changes.

To evaluate this flexibility, the researchers used MRI to track the brain activity of ASD and non-ASD participants who underwent a test simulating situations similar to those that cause problems in the daily lives of people with the disorder.

The research team used a modified version of a test traditionally used in neuropsychology in order to test cognitive flexibility while processing non-social or socio-emotional information. Five cards were presented, each illustrated with a different face. The participants were asked to match the central card with one of four surrounding cards, according to one of the following three rules: frame color (non-social information), facial identity (social information) or facial expression (socio-emotional information). In order to evaluate their cognitive flexibility, the participants were asked throughout the test to make different matches (same color, same identity or same facial expression) by changing or maintaining one of the three rules.

The research team saw no significant difference between the ASD and non-ASD participants when it came to the behavioral parameters measuring cognitive flexibility alone – namely the capacity to adopt a new rule. However, the study did reveal the importance of information type for these cognitive flexibility processes in ASD. While the ASD participants needed more attempts than the non-ASD participants in order to adopt the rule linked to socio-emotional information, they had no particular difficulty in adopting those involving the processing of non-emotional information.

In parallel, the MRI revealed a significantly higher level of brain activity in the ASD participants when they were required to demonstrate cognitive flexibility. This brain activity only stabilized when the ASD participants received confirmation that they had found the correct rule to apply, thereby suggesting that people with ASD require a higher level of certainty in order to adapt to a new situation.

“These findings are important because they suggest that the implementation of routines and repetitive behaviors by people with ASD might not be due to a genuine lack of cognitive flexibility but rather to avoid being confronted with certain socio-emotional situations, specifies Gomot. The need for a high level of certainty combined with a poor understanding of the codes that govern socio-emotional interactions would thereby lead to the avoidance of tasks with a socio-emotional component.” And to conclude, “this research confirms the close link between cognitive and emotional dysfunction in ASD and the need for future studies to take them into joint consideration more often.