Erosive oral lichen planus (OLP) is an auto-immune disease affecting skin and mucous membranes which results in an abnormal immune response against mucocutaneous cells. Today, scientists at the Institut Pasteur, Inserm, Paul Sabatier University (Toulouse) and the CNRS have proven that the immune cells involved in OLP are the same as those activated during an immune response to human papillomavirus (type HPV-16). This suggests a link between OLP and HPV. The results of this study were published in the Journal of Investigative Dermatology.

Erosive oral lichen planus (OLP) is an inflammatory disease which is considered auto-immune because of the abnormal immune response it triggers against other cells in the body. The condition affects mucous membranes around the mouth and genitals causing lesions and the destruction of skin cells called keratinocytes. Because current treatments are only partially effective, the condition is chronic and, although rare (between 0.1 and 4% of the overall population is affected), OLP can have serious side effects such as pain, difficulty eating, and cancer. 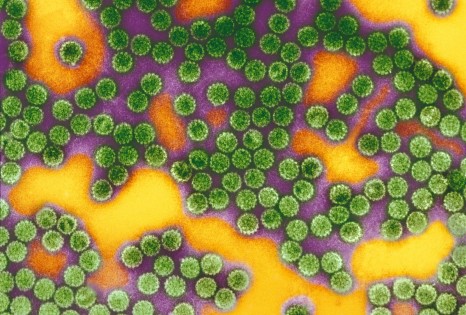 Little was known about the underlying biological mechanisms of OLP until teams led by Marie-Lise Gougeon (Institut Pasteur), Nicolas Fazilleau (Inserm, Paul Sabatier University, CNRS) and Hervé Bachelez (Sorbonne Paris Cité, Paris Diderot University) demonstrated that the immune response which leads to the destruction of mucosal cells involves the same lymphocytes responsible for the immune response to human papillomavirus (HPV). This would suggest a link between OLP and infection by the HPV-16 strain, a virus known to be responsible for genital warts and cervical cancer.

Initial analyses of lesional tissue and blood samples from OLP patients revealed the presence of cytotoxic lymphocytes around the destroyed cells. This prompted scientists to try to characterize the specific role and origin of these lymphocytes.

The proportion of this type of lymphocyte was then measured during the different phases of OLP (outbreaks or remission stages). This allowed the scientists to show that the number of these cells decreased during periods of clinical remission and multiplied during outbreaks.

One of the theories put forward by the scientists was that keratinocytes in OLP patients might express an autoantigen (an endogenous normal tissue constituent) very similar to the HPV-16 antigen. This could be a source of confusion for T lymphocytes which, having already been exposed to HPV, might mistake the surface antigen on keratinocytes of OLP patients for the HPV antigen and trigger a cytotoxic immune response against keratinocytes.

These results open up new therapeutic possibilities for treating severe forms of OLP. The Institut Pasteur has filed to patent this research in hopes that use of the HPV vaccine will be expanded to include OLP.