What link is there between poor indoor air quality and the allergic and respiratory health of children in French schools? The “Epidemiology of Allergic and Respiratory Diseases” (EPAR) team led by Isabella Annesi-Maesano, Director of research at the joint research unit 707 “epidemiology, information systems and modeling” (Inserm/UPMC) has recently published an article in the review Thorax showing the results of its study on the quality of the air inside 108 primary schools in 6 French towns. Although the indoor air quality varies depending on the schools and the towns, the researchers reveal that around 30% of the 6590 children monitored during this study, i.e. 3 out of 10 children, are exposed to atmospheric pollution levels higher than the values recommended by the WHO and the French agency for Food, Environmentaland OccupationalHealth Safety (ANSES)1. This exposure is related to an increase in cases of asthma and rhinitis in school children, among whom those who suffer from allergies are the most at risk.

Children are more sensitive to the effects of pollution than adults. In children, indoor air pollution can lead to both short-term and long-term health problems, such as nasal congestion, skin and eye irritations, allergic reactions, asthma, headaches, tiredness, dizziness or even nausea. In industrialized countries, children spend roughly 80% of their time indoors, a large part of this at school. Although the American authorities have reported increased indoor air pollution in schools, very little research has been undergone into the relationships between the quality of the air in schools and the allergic and respiratory health of school children. For this reason, the EPAR team led by Isabella Annesi-Maesano, Director of Research at Inserm, carried out a study in six French towns (Bordeaux, Clermont-Ferrand, Créteil, Marseille, Strasbourg and Reims) on a large sample of 401 classes in 108 primary schools. The aim of the study was to assess the exposure of the 6590 children taking part (girls and boys, average age 10 years old) to the main atmospheric pollutants present in classrooms and to analyze the resulting association with the cases of asthma and rhinitis developed by the children in these classes. The study shows that 30% of the children are exposed to indoor air pollutant levels in the classroom that are higher than the values recommended by the WHO and the ANSES (1), in other words, 3 out of 10 children, even although they are not all subjected to exposure in the same way. “The advantage of our study was in having a large number of children from all the different regions of mainland France”, explained Isabella Annesi-Maesano, Director of Research at the Inserm institute. During an entire school year, the research scientists analyzed the concentrations of different atmospheric pollutants: fine particulates with diameters of less than 2.5 micrometers (PM2.5), nitrogen dioxide (NO2) and 3 aldehydes (formaldehyde, acetaldehyde and acroleine). The fine particulates and the nitrogen dioxide (NO2) are caused mainly by automobile combustion and can enter rooms by transfer (such as when the windows are opened). Aldehydes are indoor pollutants that can come from numerous sources: combustion products (cigarettes, candles, incense, chimneys, gas cookers), building and decoration products (wood, stratified parquet flooring, adhesives used for carpeting, wallpapers, and also varnish, foam insulation products), maintenance and cleaning products (detergents, disinfectants, cleaning wipes) and products used for treatment such as insecticides, etc. In parallel, the research team studied the clinical signs of the children using data collected from a medical check-up that included a skin test to detect the 11 most common allergenic products (dust mites, cat hairs, pollens, etc.), plus an exercise test to detect effort-induced asthma. To complete the data, a questionnaire was filled in by the parents. “Exposure to high concentrations of particulates and volatile organic compounds is related to an increase in the prevalence of clinical signs of asthma and rhinitis in school children. Children prone to allergies seem to be the most at risk“, revealed Isabella Annesi-Maesano. In detail, the results show that cases of rhinitis (in particular rhino conjunctivitis) are significantly related to high levels of formaldehyde in the classrooms and that an increase in the prevalence of asthma was observed in classrooms where there were high levels of PM2.5 fine particulates, formaldehyde and acroleine. The relation between the poor quality of the air and asthma nearly always concerns allergic asthma as defined by the skin test. “The poor quality of the indoor air could eventually undermine the allergic and respiratory health of children who spend an average of 8 hours per day at school. So it is important to ensure good quality air in the classroom. This would help to limit the risks of developing the clinical signs of rhinitis and asthma. But we must also closely monitor how children are exposed to pollutants at home and outdoors”, concluded the research team.

The 6 towns used in the study: The French contribution to the ISAAC study 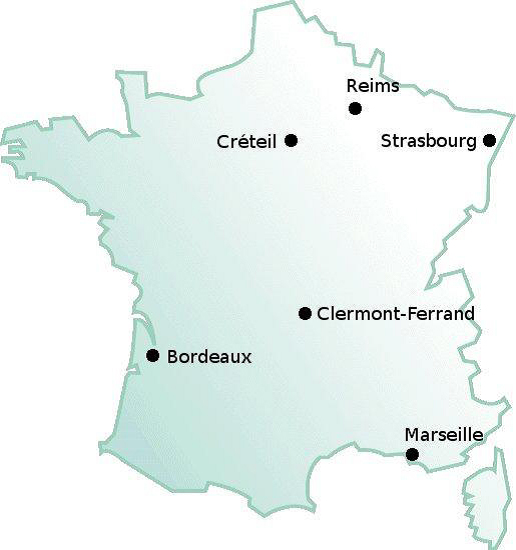 The specific aims of the study

The objective of the international study known as International Study of Asthma and Allergies in Childhood (ISAAC) is to measure the frequency and the severity of asthma and allergic diseases (phase I), to determine the risk factors (phase II) and to study the development of these diseases (phase III). The French part of the study took place in 6 major towns (Reims, Créteil, Strasbourg, Clermont Ferrand, Bordeaux, Marseille), selected for their different air qualities. The study initially involved 9615 children with an average age of 10 years, belonging to 401 classes from 108 schools. Sensors were set up to measure the exposure to gaseous pollutants and pumps measured the exposure to particulates both indoors (classrooms, school canteen) and outdoors (school yards, covered playgrounds). The ISAAC study was covered by several publications.

A European study known as SINPHONIE is currently under way in 27 European countries, including France. Its aim is to study how the quality of the air in schools affects the overall health of the schoolchildren.

A question of healt

Isabella Annesi-Maesano will be present at the next Citizen’s conference as part of the cycle “A question of health”. It is organized by the Inserm and will take place on May 31, 2012 on the theme: “Asthma in children: how is it affected by tobacco smoke?” It will be held at the Palais de la découverte, a Universcience site in Paris and will be linked up with Numerica in Montbéliard (25). 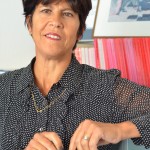