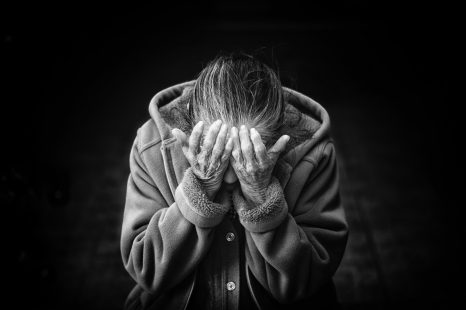 On July 18, 2022, France’s minister for Higher Education and Research Sylvie Retailleau announced an unprecedented psychiatry research effort in the form of 80 million euros allocated over five years to the precision-psychiatry project-program PROPSY, led by Inserm and CNRS as part of the Priority Research and Resources Programs (PEPRs). With this ambitious research program centered around four of the most incapacitating psychiatric disorders, the two institutes aim to develop precision psychiatry in order to revolutionize both their diagnosis and patient care.

Psychiatric illnesses constitute a major public health problem, affecting 20 % of French people on a daily basis – and very often their loved ones. Developing early in life, these illnesses often strike young adults and are sadly linked to a 10-to-20-year reduction in life expectancy. In response to the diagnoses – that are sometimes long in coming – the therapeutic options are often thin on the ground, with those that are available having incapacitating side effects. Not to mention the considerable socioeconomic impact, with recent estimations putting the direct and indirect costs at 160 billion euros in 2019 – representing over 5 % of GDP.

Faced with these two observations, it would appear imperative to improve the coordination of France’s psychiatry research forces and increase the research-care continuum. These are the proposals of PROPSY, a project led by Inserm and CNRS which has recently been selected to receive 80-million-euro funding over five years.

Centered around four of the most incapacitating disorders, bipolar disorder, major depressive disorders, schizophrenia, and autism spectrum disorders, this exploratory PEPR will broaden the field of precision medicine in psychiatry.

This will make it possible to provide each patient with the best care. In order to achieve this ambition, the multiple challenges will be to:

Selected as part of the call for Priority Research and Resources Programs, PROPSY will include the funding of projects already identified – such as the French Minds longitudinal cohort of 3 000 adult patients who will undergo exhaustive clinical, behavioral, and environmental evaluation with the help of digital tools, biological markers, and brain imaging – as well as open calls for proposals.

“We are proud that the government has selected our research program,” confide Gilles Bloch, Inserm CEO and Marion Leboyer, 2021 Inserm Grand Prize recipient, Executive Director of the FondaMental foundation and project scientific lead. “With the negative impact of the health crisis on mental health (an over 30 % increase in cases of depression), this extremely important decision represents hope for millions of patients, their families, as well as researchers and medical staff. “

“With the benefit of better support for patients, the PROPSY PEPR will enable research and patient care to join forces to meet the public health challenges related to psychiatric disorders,” adds Antoine Petit, Chairman and CEO of CNRS.