Researchers from INRA and Inserm have discovered that intestinal bacteria (“microbiota”) cause metabolic complications in the liver related to obesity. This is the first time such a link has been established using intestinal bacteria transplanted in mice. The results, published online in the journal Gut on 29 November 2012, pave the way towards preventive and therapeutic treatments based on controlling intestinal microbiota to cure type-2 diabetes and obesity-related liver conditions. 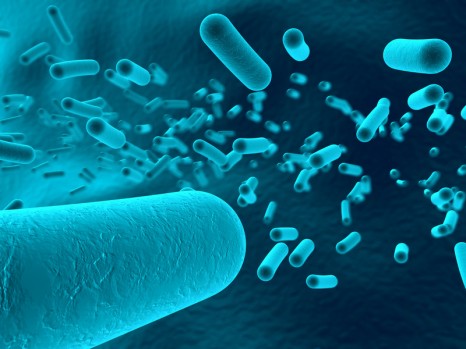 Certain types of liver disease are linked to a condition called metabolic syndrome and develop in obese individuals in particular. The severity of these illnesses varies, from steatosis, in which lipids accumulate abnormally in the liver (a condition present in 80% of obese patients), to cirrhosis (present in 20 to 30% of all cases).

No two metabolisms react in exactly the same way to the same high-fat diet.  Based on that premise, the INRA team, working with a team from Inserm, decided to study the role played by the billions of bacteria present in the digestive tract – known as intestinal microbiota – in the appearance or worsening of obesity-related liver diseases. To establish the precise effects of the bacteria, researchers transplanted microbiota into mice initially devoid of them. One group received intestinal microbiota from a mouse suffering from insulin resistance and steatosis, while another group received bacteria from a healthy mouse. Fed an excessively fat-rich diet for 16 weeks, all the mice became obese. Those which had been transplanted with microbiota from the insulin resistant and steatosis-afflicted mice, however, developed hyperglycaemia and hyperinsulinaemia, while the second group did not. Analysis of the liver tissue also revealed a more severe degree of steatosis in the first group, as confirmed by a higher concentration of lipids in the livers of these mice (see photos, below). Sequencing of the composition of the microbiota revealed the presence of different bacteria species in the two groups.

These results show that the composition of intestinal microbiota (determined by a wide variety of factors, including diet, genetic predisposition, and environment) plays a role in the development of metabolic syndrome-related illnesses. While the exact mechanisms of these bacteria remain unknown, the study suggests that controlling or transplanting intestinal microbiota could be a new way to prevent and/or treat type-2 diabetes and obesity-related liver disease. 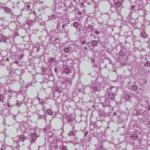 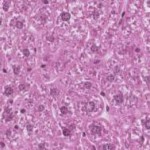 Only the mice transplanted with “bad” microbiota (left) developed severe steatosis when exposed to an excessively fat-rich diet (as evidenced by the clearly visible white fat droplets).

(1) Metabolic syndrome is a medical condition known to precede the development of several serious illnesses, including type-2 diabetes, heart disease and stroke.

(2) Insulin resistance is typically present in cases of obesity. During periods of insulin resistance, the pancreas of an obese person secretes insulin which no longer has an effect on its receptors, a phenomenon known as desensitisation. Despite the presence of insulin, glucose enters cells less effectively and accumulates in the bloodstream, increasing blood sugar levels (hyperglycaemia). This in turn provokes a hypersecretion of insulin (hyperinsulinaemia).

A novel IT tool based on artificial intelligence methods has made it possible to identify the toxic effects of bisphenol S – a frequent substitute for bisphenol A in food containers. ...