IRF5, a new player in the occurrence of obesity complications

Metabolic complications of obesity and overweight, such as type 2 diabetes, are an important challenge to public health. Teams led by Nicolas Venteclef, Dominique Langin, Karine Clément and Irina Udalova (Kennedy Institute of Rheumatology, University of Oxford, UK) in collaboration with several teams[1], have succeeded in elucidating part of the mechanisms involved in the development of these metabolic complications associated with obesity. Results of these studies are published online in the journal Nature Medicine.

Currently, over one and a half billion people worldwide suffer from overweight or obesity. We have known for about a decade that a chronic state of inflammation is present in obese patients. This state might play a fundamental role in the development of associated metabolic diseases. This inflammation results from abnormal activity of the immune system observed both systemically (bloodstream) and locally (in metabolic organs such as the liver, muscles, pancreas and especially the adipose tissue).

Following excessive weight gain, the adipose tissue develops in an abnormal manner in the intra-abdominal region (android obesity), and becomes an important source of pro-inflammatory mediators, the “chemical messengers” that activate inflammation, with harmful metabolic consequences. This phenomenon is particularly provoked by the accumulation of pro-inflammatory macrophages in this tissue. Paradoxically, some obese subjects do not develop metabolic alterations. Indeed, when adipose tissue expansion occurs in the more superficial deposits, such as the subcutaneous adipose tissue (gynoid obesity), the risk of developing metabolic complications is reduced.

In an earlier study (Dalmas et al. Diabetes 2014), the team led by Karine Clément (Guerre-Millo and coll., UMR_S 1166, Paris, France), in collaboration with Nicolas Venteclef, had observed the importance of inflammatory and prodiabetogenic cross-talk between macrophages and lymphocytes in the visceral adipose tissue of obese patients.

By characterising these macrophages, they were able to identify transcription factor IRF5 (Interferon Regulatory Factor 5) as the orchestral conductor of macrophage activation in adipose tissue in obesity.

In order to demonstrate the importance of IRF5 in obesity and type 2 diabetes, the authors generated mice lacking this factor, and then subjected them to a high-fat diet that usually induces obesity and type 2 diabetes. Surprisingly, mice deficient in IRF5 did develop obesity, but without metabolic complications, in contrast to wild-type mice expressing IRF5. This beneficial adaptation by IRF5-deficient mice can be explained by preferential storage of fat in the subcutaneous (protective) and not the intra-abdominal (harmful) region. Decoding of molecular and cellular mechanisms made it possible to show a substantial reprogramming of inflammation in the visceral adipose tissue when IRF5 is absent, which helps to limit its expansion. Indeed, in the absence of IRF5, obesity induces an immune response characterised by the presence of anti-inflammatory macrophages and reduced immune response activation. This modification induces tissue remodelling that limits the expansion of intra-abdominal adipose tissue. This allows the redistribution of lipids in the intra-abdominal cavity to the subcutaneous deposits, a less harmful form of storage for the body.

Data obtained with mice were confirmed in overweight, obese or massively obese patients, by showing significant correlation between IRF5 expression in the visceral adipose tissue and metabolic dysfunctions associated with obesity.

This pioneering study suggests that the immune system (in this case the macrophages of the adipose tissue) directly influences the accumulation of fatty matter in the visceral region, a likely target in the prevention of type 2 diabetes. For the researchers, “It is therefore crucial to decipher the different aspects of inflammation in order to better understand the multifactorial diseases associated with obesity, such as type 2 diabetes.”

The approach implemented in this study encapsulates translational research, which is aimed at developing effective therapies for patients by establishing a fruitful dialogue between clinicians and researchers, in order to produce robust results that are supported by mouse models while being relevant to humans.

[1] This study was carried out in collaboration with researchers from the French National Centre for Scientific Research (CNRS), the Institute of Cardiometabolism and Nutrition (ICAN), Paul Sabatier University, Toulouse, and Charles University, Prague (Czech Republic). 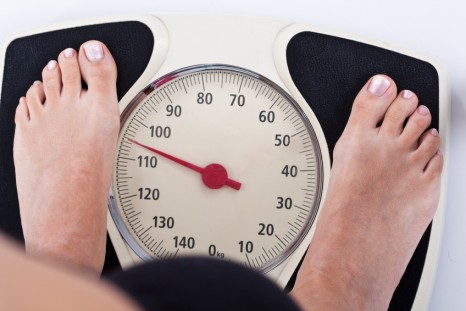