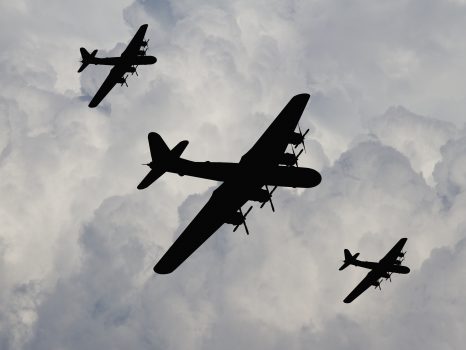 For sociologists, our individual memories are shaped by the collective memory of our community. Until now, this phenomenon had never been studied at the neurobiological level. Inserm researchers Pierre Gagnepain and Francis Eustache (Inserm/Université de Caen-Normandie/Ecole Pratique des Hautes Etudes/Caen University Hospital/Cyceron Public Interest Group), in association with their colleagues from EQUIPEX MATRICE led by CNRS researcher Denis Peschanski, studied the collective representations of WWII in France, using brain imaging to show how collective memory shapes individual memory. Their findings have been published in Nature Human Behaviour.

In the last century, French sociologist Maurice Halbwachs declared that personal memories are influenced by their social contexts. From this perspective, the memory function of individuals cannot be understood without taking into account the group to which they belong and the social contexts related to collective memory.

Until now, these theories had never been tested by neuroscientists. Inserm researchers Pierre Gagnepain and Francis Eustache (Inserm/Université de Caen-Normandie/Ecole Pratique des Hautes Etudes/Caen University Hospital/Cyceron Public Interest Group), in association with their colleagues from EQUIPEX MATRICE (involving several French teams), led by CNRS historian Denis Peschanski, decided to take a closer look, using brain imaging techniques. They have for the first time revealed in the brain the link between collective memory and personal memories – innovative research which has been published in Nature Human Behaviour.

Collective memory is comprised of symbols, accounts, narratives and images that help to construct a community identity. For a better grasp of this concept, the researchers began by analyzing the media coverage of WWII in order to identify the shared collective representations associated with it. They studied the content of 30 years of WWII reports and documentaries, broadcast on French television between 1980 and 2010, and transcribed.

Using an algorithm, they analyzed this unprecedented corpus and identified groups of words regularly used when discussing major themes associated with our collective memory of WWII, such as the D-Day Landings. “Our algorithm automatically identified the central themes and the words repeatedly associated with them, thereby revealing our collective representations of this crucial period in our history”, states Gagnepain.

But what is the link between these collective representations of the war and individual memory? To answer that question, the researchers recruited 24 volunteers to visit the Caen Memorial Museum and asked them to view photos from that period, which were accompanied by captions.

Based on the words contained in the captions, the team was able to define the degree of association between the photos and the various collective memory themes identified previously. If words which had previously been associated with the theme of the D-Day Landings were found in the caption, for example, the photo was then considered to be linked to this theme in the collective memory. In this way, the researchers were able to establish proximity between each of the images: when two photos were linked to the same themes, they were considered to be “close” in the collective memory.

Gagnepain and his colleagues then turned their attention to the perception of these photos in the memory of the individuals. They tried to find out whether there was the same degree of proximity in the memories of the individuals as between the photos. The volunteers underwent an MRI examination during which they recalled the images seen at the Memorial Museum the day before. The researchers were especially interested in the activity of their median prefrontal cortex, a brain region linked to social cognition.

As such, the researchers compared the level of proximity between the photos by looking at the collective representations of WWII in the media and, via brain imaging, by looking at the individual memories that people had of these images following a visit to the Memorial Museum. The team showed that when photo A was considered close to photo B – because it was linked in the same way to the same collective theme – it also had a higher probability of triggering brain activity similar to photo B in the brains of the subjects.

This novel approach enabled indirect comparison between collective memory and individual memory. “Our data demonstrate that collective memory, which exists beyond the individual level, organizes and shapes personal memory. It constitutes a shared mental model making it possible to link the memories of individuals across time and space”, emphasizes Gagnepain.

Other research is ongoing in order to deepen our understanding of the interaction between collective and individual memory. Nevertheless, one lesson can already be learned from this study: the functioning of our memories cannot be researched without taking into account the social and cultural context within which we evolve as individuals.