Using transcranial magnetic stimulation (TMS), an international team led by researchers from the Centre de Recherche de l’Institut du Cerveau et de la Moelle Epinière (CNRS / Inserm / UPMC) has succeeded in enhancing the visual abilities of a group of healthy subjects. Following stimulation of an area of the brain’s right hemisphere involved in perceptual awareness and in orienting spatial attention, the subjects appeared more likely to perceive a target appearing on a screen. This work, published in the journal PLoS ONE, could lead to the development of novel rehabilitation techniques for certain visual disorders. In addition, it could help improve the performance of individuals whose tasks require very high precision. 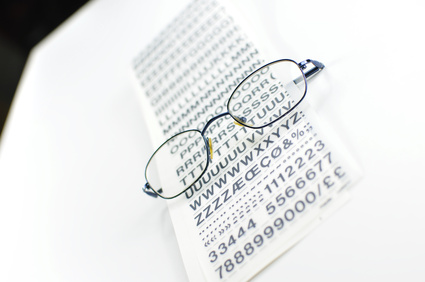 TMS is a non-invasive technique that consists in sending a magnetic pulse into a given area of the brain. This results in an activation of the cortical neurons located within the range of the magnetic field, which modifies their activity in a painless and temporary manner. For several years, scientists have been looking at the possibility of using this technique to enhance certain brain functions in healthy subjects.

In this respect, the team led by Antoni Valero-Cabré has carried out research involving the stimulation of a region of the right cerebral hemisphere known as the frontal eye field. Strictly speaking, this is not a primary visual area but it participates in the planning of ocular movements and the orientation of each individual’s attention in the visual space. In a first experiment, a group of healthy subjects tried to distinguish a very low contrast target appearing on a screen for just 30 ms. In some of the tests, the subjects received a magnetic pulse lasting between 80 and 140 ms on this frontal region before the target appeared. The researchers found that the success rate was higher when using TMS. The visual sensitivity of healthy subjects was temporarily increased by around 12%. In a second experiment, the subjects were shown a fleeting visual cue indicating the spot where the target could appear. In this configuration, the enhancement of visual sensitivity, which remained of the same order, was only apparent when the cue indicated the correct location of the target.

Although cerebral functions such as conscious vision are highly optimized in healthy adults, these results show that there is a significant margin for improvement, which can be “enhanced” by TMS. This technique could be tested for the rehabilitation of patients suffering from cortical damage, due for example to a cardiovascular accident, and for that of patients with retinal disorders. The second experiment suggests that rehabilitation based on both TMS and visual cues could be more selective than the use of stimulation alone. The researchers want to further explore this possibility using repetitive TMS, which, in this case, could make it possible to obtain long-lasting modification of cerebral activity.

Furthermore, according to the researchers, TMS could be used in the near future to increase the attentional abilities of individuals performing tasks that require good visual skills.

These experiments benefited from funding from the European ERANET NEURON BEYONDVIS initiative, partly financed by ANR.