Memory brain systems help resisting temptations – found a recent study led by researchers of the Brain & Spine Institute in Paris. How can some people resist the attraction of immediate pleasures and pursue long-term goals, while others easily succumb and compromise their ultimate expectations? One secret factor might lie in the activity of a deep brain structure: the hippocampus. 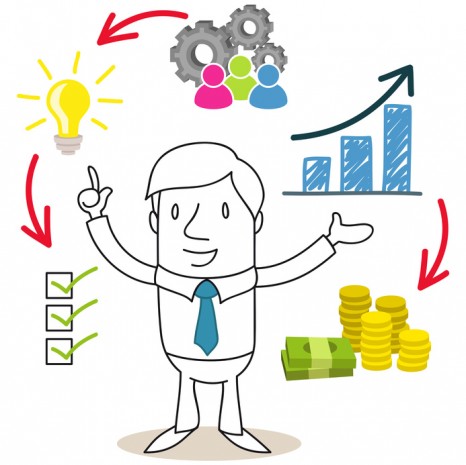 Economists have been interested for decades in the conflict between smaller-sooner and larger-later rewards. Understanding how humans make inter-temporal choices, such as drinking tonight versus good health later, is crucial for designing insurance policy or anti-alcohol campaigns. This issue has recently been taken to brain scanners, in which volunteers were asked to make choices between monetary payoffs, for instance $10 now versus $11 tomorrow. Using this type of paradigm, scientists found that the dorsolateral part of the prefrontal cortex, a region known to implement behavioral control, was crucial for making patient choices – waiting for higher but delayed payoffs.

However, these paradigms miss an essential feature of the inter-temporal conflicts we have to face in everyday life, says study leader Mathias Pessiglione: immediate rewards can be perceived through our senses, whereas future rewards must be represented in our imagination. To reproduce this situation in the lab, the authors used more natural rewards like food items (for instance, a beer today or a bottle of champagne in a week for now). Volunteers were confronted to choices between immediate rewards presented as pictures, and future rewards presented as texts. In this case specifically, the ability to select future rewards was linked to the amount of hippocampus activity. To complete the demonstration, patients with hippocampus damage due to Alzheimer’s disease were tested in the same choice task. Contrary to patients with prefrontal degeneration, who exhibited excessive impulsivity in all sorts of choices, Alzheimer’s patients were specifically biased towards immediate rewards when future rewards had to be imagined.

This is because the hippocampus is necessary for imagining future situations with a richness of details that make them attractive enough – says Dr Pessiglione. Indeed, this structure has long been considered as essential for storing past episodes, but scientists have recently discovered that it is also involved in simulating future situations. The consequence is that patients with hippocampus damage suffer not only from memory deficits but also from a difficulty in imagining goals that would counter the attraction of immediate rewards and motivate their actions on the long run.