Migraine: Regions of the Brain We Thought Felt No Pain

Could we have been wrong over the past 70 years in thinking that certain regions of the brain are insensitive to pain? This is what the findings of a team of researchers from Inserm, Nice University Hospital, Université Côte d’Azur and St Anne Hospital in Paris would suggest. By collecting observations of brief painful events occurring during brain surgery in awake patients, they found that certain structures – hitherto considered not to feel pain – were at the origin of pain sensations when stimulated mechanically. These findings, to be published shortly in Brain, open up new avenues for research into the treatment of headache and, in particular, migraine.

For more than 70 years it has been commonly accepted that intracranial pain sensitivity is limited to the dura mater – the outermost meningeal layer which lines the vault and base of the cranium – and its nutrient vessels. The pia mater – the delicate innermost layer, which adheres closely to the surface of the brain – and its nutrient vessels are considered insensitive to pain. This assumption enables neurosurgeons to perform painless intracranial surgery (craniotomies) on awake patients. Until now, this principle also influenced research into the treatment of headaches, particularly migraine.

For a deeper understanding of the origin of headaches, researchers from Inserm, Nice University Hospital and Université Côte d’Azur studied this supposed insensitivity of the pia mater and its nutrient vessels. Between 2010 and 2017, 3 neurosurgeons and 53 of their patients with brain tumors requiring removal by awake craniotomy participated. During the surgery, the patients subjected to the mechanical stimulations which form an integral part of the procedure had to indicate when and where they felt pain. The surgeon noted the cranial structures whose stimulation had triggered pain.

On average, almost two pain sensations were reported per patient, which were always on the same side as the stimulus. The pain, which was brief and intense, ceased immediately following stimulation. The researchers observed that stimulation of the pia mater and its nutrient vessels led to pain, localized mainly in the sensitive V1 territory. A territory which innervates the forehead, eye sockets, cornea, superior and anterior temporal regions, nasal bridge and nasal mucosa. 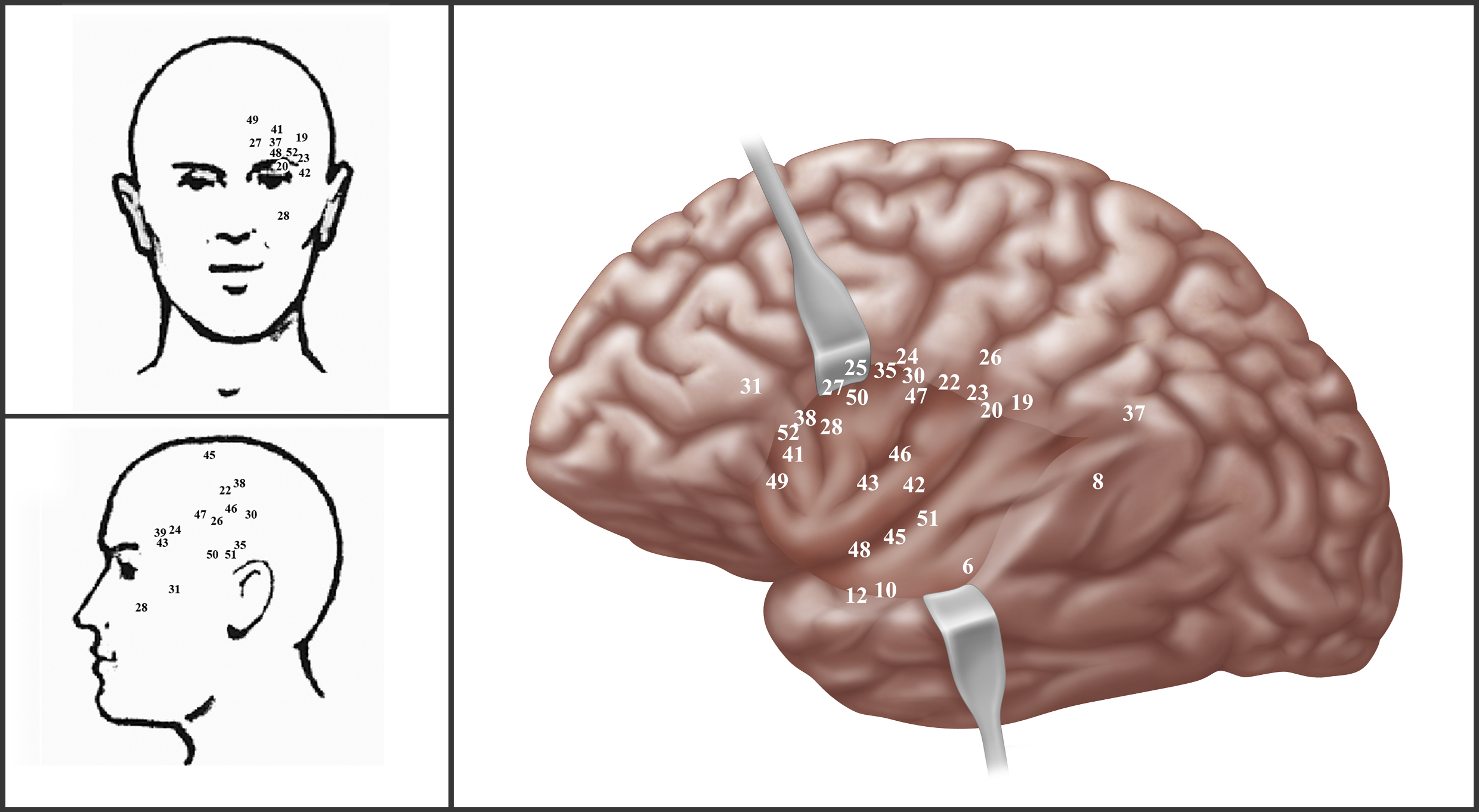 ©Denys Fontaine – Correspondence between (on the right) the areas of the pia mater stimulated during surgery and (on the left) the areas where the patients indicated pain.

These observations contradict the existing accepted theory and argue in favor of the pia mater and its nutrient vessels being sensitive to pain. They would also suggest that these structures could be involved in headache, in the same way as the other sensitive cranial structures.

For ethical and practical reasons, it was not possible during this study to systematically explore the cranial structures that appeared sensitive. However, the identification of the receptors implicated in the detection of pain messages could constitute a novel research avenue for the treatment of headache and, in particular, migraine.