Sixteen partners from 10 European countries got together to create the “Nanomedicine for Atherosclerosis” consortium. Its aim is to study and develop the clinical feasibility of nanomedicine for targeted diagnosis and treatment of atherosclerosis. Coordinated by Inserm, the project has just obtaining funding amounting to 10 million euros over five years from the European Commission.

The 16 partners will meet in Graz in Austria on March 6 and 7th next, in order to kick off the NanoAthero project.

To an application of nanomedicine to cardiovascular diseases

The risk factors of artery wall diseases are: high levels of cholesterol or triglycerides, diabetes, smoking and high blood pressure, making theses the major causes of death in developed countries1. At present, the predominant strategies used to fight the consequences of atherosclerosis are either encouraging people to live a healthy life2 and administering pharmacological treatment of the risk factors, or later strategies such as the implantation of medical devices3, thrombolysis (using medication to break up the blood clots), etc… However, thrombolytic treatment needs to be improved in order to enhance its efficiency and to reduce its adverse effects (bleeding in the brain, for example).

“In spite of these therapeutic devices, the occurrence of clinical events remains very high1. This highlights the need for better diagnosis and therapies4”

explains Didier Letourneur, Research Director at Inserm U698 and coordinator of the NanoAthero project.

Although nanoparticle-based therapy is becoming more and more common in cancerology, no specific nanoparticle-based system has yet been approved for diagnosis or therapy in cardiovascular diseases. Indeed, integrating a transport mechanism, a furtive coating, targeting and an active molecule into one and the same nanosystem (known as a third-generation nanosystem) has not yet been clinically validated in the field of atherosclerosis5.

NanoAthero: 16 partners on their way to clinical trials 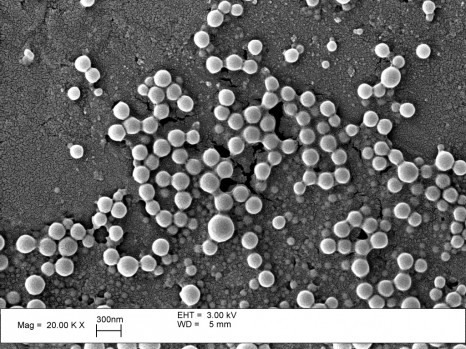 Several NanoAthero partners have patented and provided proof of the efficiency of different nanodelivery systems and ligands for use in targeted therapies. This recent progress is of major importance for the development of new molecular and therapeutic diagnosis tools. In the opinion of the NanoAthero consortium, the nanovectors proposed to route compounds that can show up “vulnerable” plaques and to deliver therapeutic agents to stabilize the plaques6,7 are ready to be transferred to the clinical trials stage.

But developing nanoparticle systems that are efficient, safe and innovatory and are capable of reaching a selected target is a complex process that involves several stages. There is an increasing need to select and/or identify suitable materials, nanoparticle surface coatings and targeting ligands with innovatory properties8. The agents (small molecules, but also macromolecules such as proteins and nucleic acids) to be loaded into the nanovectors vary widely by their physical and chemical properties, so it is a major challenge to try to balance the nanometric dimensions of the particle with respect to the types and quantities of agents that are clinically required. Well-determined structural, physical and chemical properties (size, surface charge, shape, stability) are vital to guarantee reproducible effects in vivo.

NanoAthero is aiming to take nanodelivery systems that have been validated prior to clinical trials and transfer them to proof-of-concept clinical trials. The consortium is an opportunity to update our knowledge of atherothrombosis pathologies and the definition of cell and molecule targets. Therefore, NanoAthero has a store of knowledge ranging from the design of nanosystems, preclinical and clinical validations, through toxicology, to industrial development and production.