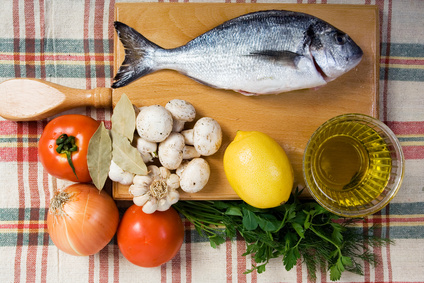 The relationship between omega-3 fatty acid intake and adaptation to stress or anxiety is becoming clearer. Back in 2011, a team of researchers from INRA and Inserm showed that reducing the intake of omega-3 fatty acids in mice increased their stress. This phenomenon may be linked to impairment of the brain’s ability to produce endogenous cannabinoids, the “endocannabinoids,” brain lipids that control synaptic memory. To better understand the endocannabinoid-dependent links between anxiety and synaptic plasticity, the research team continued its experiments by testing different models of behavioural stress on the rodents. These studies are the subject of an article published in the journal Cell Reports on 21 July.

Mice do not respond equally to stress. An observation made by an INRA/Inserm research team who, after submitting the rodents to a battery of tests related to behaviour stress – isolation, maze or anxiogenic environment – found that some subjects were naturally resilient, or in other words, more resistant to stress. This ability may be related to better plasticity in the neurons of the accumbens nucleus, an area of the brain associated with regulation of the emotions and of stress, where endocannabinoids play a key role in memory at synapse level.

To confirm this relationship, mice showing several anxiety-related symptoms received a treatment to stimulate endocannabinoid production in the accumbens nucleus. Result: the scientists observed an attenuation of anxiety in these mice. For the first time, it has been proven that there is a relationship between anxiety and the levels of endocannabinoids produced by the brain. These results further emphasise the therapeutic potential of molecules that modulate the natural production of endocannabinoids, including dietary omega-3 fatty acids.

A milestone has thus been reached in demonstrating the protective effect of omega-3 fatty acids on the impairment of the brain’s ability to produce endocannabinoids. Ultimately, the idea is to understand how omega-3 fatty acids exert a protective action in response to the impairment of endocannabinoid-dependent plasticity in the accumbens nucleus, a part of the brain that constitutes the neurobiological substrate for anxiety.

This opens new perspectives in understanding the role of omega-3 fatty acids in the management of stress by the brain. The next studies will be aimed at better understanding the role of dietary omega-3 fatty acids in protecting the plasticity of the accumbens nucleus, and hence their ability to stimulate endocannabinoid production in a situation of stress.