Air Pollution in France: a Cost to Fetal Health and Society 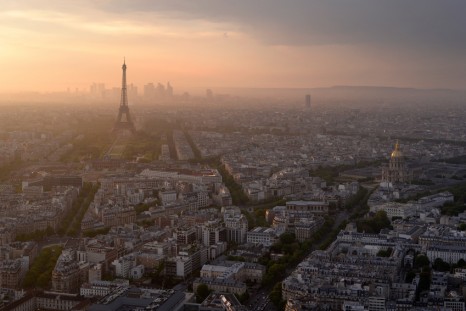 Inserm researchers from the Epidemiology of Allergic and Respiratory Diseases (EPAR) team have analyzed data on the risks of children being born with low birth weight linked to air pollution. Their study reveals that there is a high price to pay for exposure to air pollution during pregnancy and its resulting impact on children post birth. A cost to society which is estimated at 1.2 billion euros. The results of this study were published in the May 2018 issue of Archives de Pédiatrie.

We know that pollution has consequences for health, with pregnant women being especially vulnerable. Exposure to pollution during pregnancy can lead to intrauterine growth restriction. In 2012, 2.3% of children born in France had a low birth weight (less than 2.5 kg), despite being at full-term. Half of these cases were caused by the mother’s exposure to fine particulate matter during pregnancy. This low birth weight then has various developmental consequences, with major intellectual deficiencies occurring in some children.

The EPAR Inserm/Sorbonne Université team decided to study the costs associated with managing low birth weight caused by particulate pollution from human activities. The researchers began by calculating the cost of its management in the maternity unit at birth and came to an estimate of 25 million euros.

The study then went on to emphasize that one in four of these children will suffer delayed motor or intellectual development and considers the cost of treating these children throughout their lifespan to be 1.2 billion euros.

“As things currently stand”, considers Isabella Annesi-Maesano, Inserm Researcher and Research Director leading the study, “the estimated costs are covered by the public authorities which fund the healthcare structures. The remaining costs (childcare, parental absenteeism, special education, etc.) are borne by the families.”

In the short term, the study suggests implementing public health measures to protect pregnant women with, for example, the recommendation that they limit their exposure during periods of peak pollution.