Prenatal exposure to endocrine disruptors and behavioral problems in children 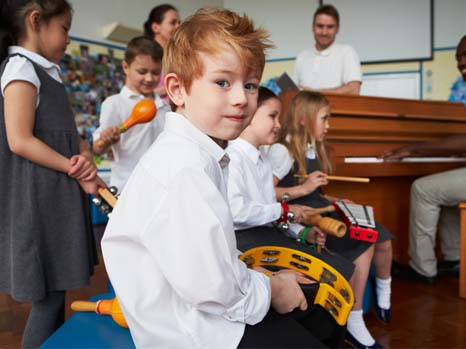 An epidemiological study carried out by Inserm on families from the EDEN cohort (500 boys born between 2003 and 2006 and their mothers) shows that exposure during pregnancy to certain phenols and phthalates is associated with behavioral problems in boys between 3 and 5 years of age. The most worrying compounds in this respect are bisphenol A, triclosan and dibutyl phthalate (DBP). The results of this study have recently been published in Environmental Health Perspectives.

In France, bisphenol A has been banned from use in all food containers since January 2015, occurring after this study was performed. Triclosan is an antibacterial agent found in certain toothpastes and soaps. DBP is used as a plasticizer in PVC plastics, certain glues, nail varnishes and hair sprays. According to the regulations, triclosan and DBP are permitted in limited quantities in certain product families but banned in others (in the EU for example, DBP is forbidden in cosmetics and triclosan is forbidden in clothing). Toxicological in vitro and animal studies have revealed that these compounds are endocrine disruptors and could interact with hormone systems involved in the normal development of the central nervous system. The specific mechanisms that could explain an effect of endocrine disruptors on neurodevelopment and behavior could involve the impaired functioning of thyroid hormones, of steroid hormones such as estrogen, or of other hormones such as oxytocin or vasopressin which are secreted by the hypothalamus.

In light of these initial findings in animals, the researchers wanted to study the association between exposure to endocrine disruptors during pregnancy and the subsequent behavior of the children.

The study concerned 529 young boys from the EDEN Mother-Child Study Group, set up by Inserm. The pregnant women participating in this cohort were recruited between 2003 and 2006 in the university hospitals of Nancy and Poitiers. At their children’s third and fifth birthdays, they completed a standardized questionnaire called the “Strengths and Difficulties Questionnaire” (SDQ), which evaluated certain aspects of their children’s behavior, such as hyperactivity, emotional problems and relationship problems. This questionnaire, which has been in use for 20 years, establishes scores for various aspects of behavior, such as emotional symptoms, peer relationship problems, conduct problems, hyperactivity and inattention problems. A urine sample taken during pregnancy was used to screen for the biomarkers characteristic of exposure to phenols and phthalates at the Environmental Health Laboratory of the CDC in Atlanta, which is responsible for biomonitoring campaigns in the US.

Between 70 and 100% of women from the Eden cohort, recruited during their pregnancy between 2003 and 2006, had been exposed to detectable levels of various substances. Levels in urine ranged from 1 to 3 µg per liter for bisphenol A, from 10 to 100 µg per liter for triclosan, and from 50 to 200 for methylparaben. The results suggest that maternal exposure to certain phenols and phthalates is linked with behavior problems in young boys.

Exposure to bisphenol A was associated with increased relationship problems at 3 years and hyperactivity problems at 5 years,  thus confirming that the effects of bisphenol A on the behavior observed in laboratory animals also occur in humans at low levels of exposure, levels that are probably lower than those recommended by the European Food Safety Authority (EFSA).

The metabolite of DBP was linked to increased emotional and relationship problems, including internalizing behavior, at 3 years of age. However, this was not the case for emotional problems at 5 years of age. Links between these compounds and behavior had already been revealed in previous studies in young boys and animals. In one such study on mother-child pairs from New York, an increase in internalizing behaviors in children of 3 years of age had been reported with an increase in levels of the DBP metabolite in 2012.

The results of this study have also shown a link between triclosan and increased emotional problems at 3 and 5 years of age. This is the first study to evaluate the effects of this compound on behavior, for which the environmental epidemiology team from Grenoble had already revealed a reduction in head circumference at birth, in the same population. At the molecular level, triclosan can interact with the thyroid axis which, during pregnancy, is involved in fetal brain development.

The sample size of this study, which is one of the largest on the subject, did not enable direct study of the onset of neurodevelopmental disorders, such as those of the autism spectrum, which would require the study of tens of thousands of children.

The research teams will now endeavor to replicate these results within the SEPAGES mother-child cohort, a study which is currently taking place in the Grenoble region, coordinated by Inserm and with the support of the European Research Council. In this study, a number of urine samples are collected from each participant, during pregnancy and the first years of the child’s life. This approach will make it possible to minimize errors in the measurement of exposure, as well as to identify potential periods of sensitivity to phenols and phthalates in relation to various health events, such as growth, behavior or respiratory health. It will also mean that the potential effect of these substances can be studied in young girls, a population that it was not possible to take into consideration here. It is possible that their sensitivity to endocrine disruptors differs from that of boys.