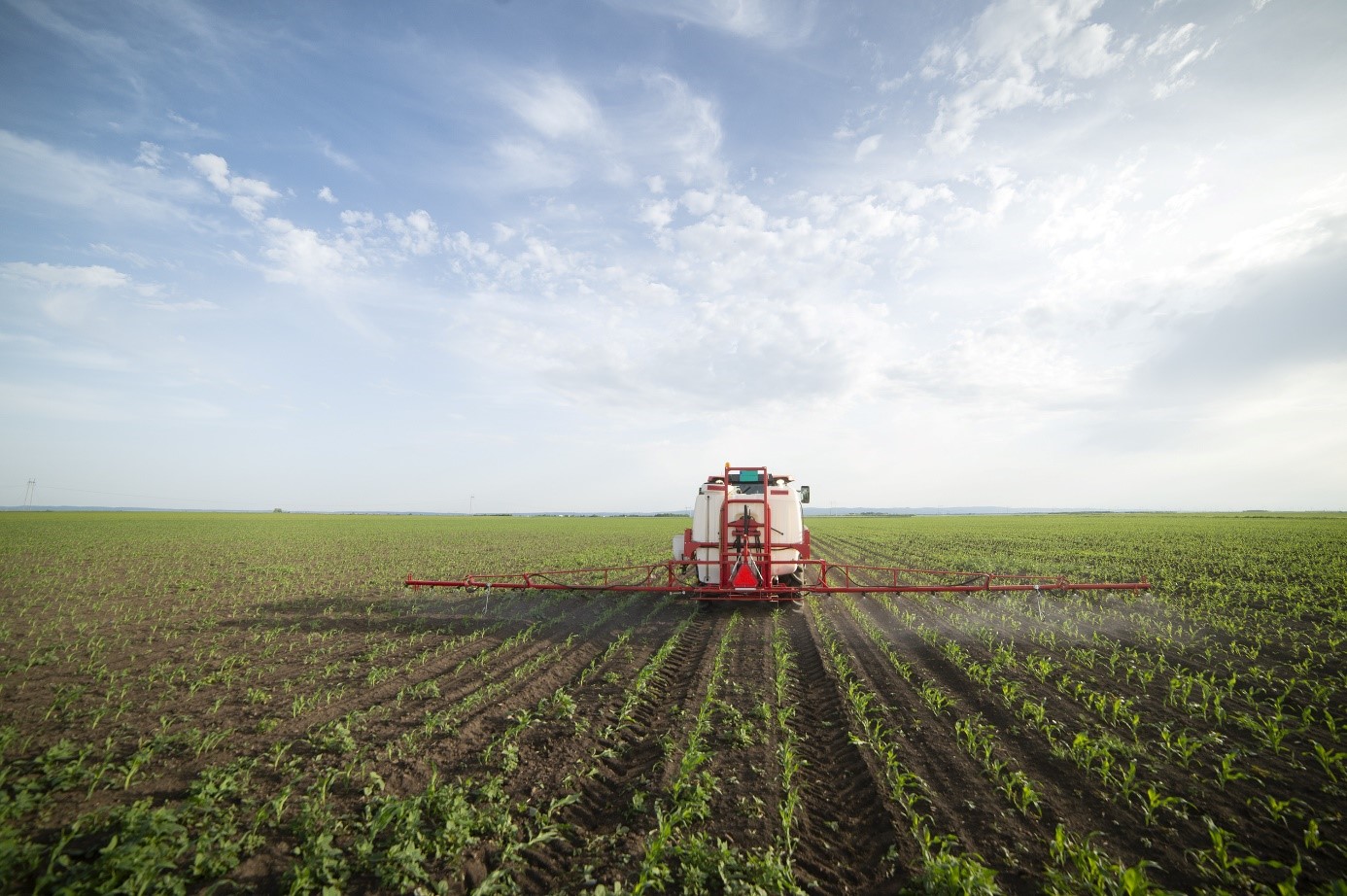 Through a critical analysis of the international scientific literature, this most recent publication takes stock of what we know about the links between exposure to pesticides and human health. © Adobe Stock

Pesticides are all products that are used to control undesirable plant species and organisms considered harmful, raising many concerns about their potential effects on human health and the environment. In 2013, at the request of the French Directorate General for Health (DGS), Inserm had published a Collective Expert Review called “Pesticides: Effects on Health”. In 2018, five ministerial directorate generals1 had tasked the Institute with updating its publication and including new topics.

The group of experts gathered by Inserm analyzed the recent scientific literature in order to examine the link between pesticides and some twenty diseases. It also analyzed the health effects of two active substances and one family of pesticides: chlordecone, glyphosate, and succinate dehydrogenase inhibitor (SDHI) fungicides.

Through a critical analysis of the international scientific literature, the 2021 Collective Expert Review takes stock of what we know about the links between exposure to pesticides and human health. It looks at neuropsychological and motor development disorders in children, cognitive disorders, anxiety and depression in adults, as well as neurodegenerative diseases and cancers in people of any age. Respiratory health, thyroid diseases, and endometriosis are also discussed. All in all, the multidisciplinary group of researchers analyzed over 5,300 documents.

For each topic, the experts studied the new epidemiological data available in order to evaluate whether there was a presumed link between the exposure of different populations to the pesticides and the onset of a disease. As in 2013, this presumed link was then graded as being strong (++), moderate (+), or weak (±). These results were then examined in relation to those of the toxicological studies, in order to evaluate the biological plausibility of the links observed.

Links established between exposure to pesticides and certain diseases

The first epidemiological studies on the subject tended to characterize exposure to pesticides without precisely distinguishing the family of pesticides or the active substance. They often concerned people who in principle were most exposed due to having regularly handled such products as part of their work. More recent studies have sought to specify the disease subtypes (for example, the different types of leukemia), identify the active substances involved or investigate the link with populations supposedly less exposed than those who work with pesticides, such as those living near agricultural areas, the general population, or more sensitive populations such as children.

Non-Hodgkin lymphoma (NHL): links between exposure to malathion, lindane, DDT, and organophosphates (++) had been identified in 2013. Recent data support a stronger presumed link in 2021 for diazinon (++) and chlordane (+). For glyphosate, the presumed link is reinforced for occupational exposure (+). A weak presumed link has been reported for the first time with dicamba (±). The data also suggest links between NHL subtypes and certain pesticides.

Multiple myeloma: for the first time, links with active substances have been revealed for permethrin (+) and for carbaryl, captan, DDT, and glyphosate (±).

Prostate cancer: this analysis reinforces the role mentioned in 2013 of occupational exposure to certain organophosphate insecticides, such as fonofos (+) and highlights that of terbufos (+) and malathion (+) as well as an organochlorine insecticide (aldrin, +). It emphasizes a higher risk of developing an aggressive form of the disease, suggesting a possible role in the progression of the disease and not only in its onset. For chlordecone, the expert review considers there to be a strong presumed link (++) and that a causal relationship is likely.

Cognitive impairment: the presumed link increased from moderate to strong (++) with exposure to pesticides, mainly organophosphates, in farmers. The most recent studies have been extended to include people living near agricultural areas or the general population and consider the presumed link to be moderate (+).

Respiratory health (not covered in 2013): a strong presumed link between occupational exposure to pesticides and the onset of COPD and chronic bronchitis has been established. Seventeen active substances were found to be associated with a disease or the impairment of a respiratory function parameter, with the majority having a weak presumed link (±). To evaluate the biological plausibility of this link, three effects were studied in a toxicology setting (oxidative stress, mitotoxicity, and immunomodulation) and among these 17 pesticides, 11 are associated with at least two toxicological effects and two, permethrin and chlorpyrifos, with all three effects.

Certain periods of life such as pregnancy and early childhood are more vulnerable in the face of a toxic event or agent.

The recent results have made it possible to specify the type of pediatric leukemia concerned during exposure of the mother during pregnancy: acute leukemia and domestic uses (strong presumed link) and acute myeloid leukemia and occupational exposure. A new link has been found between the risk of acute lymphoblastic leukemia in case of paternal occupational exposure in the preconception period (moderate presumption).

Concerning central nervous system tumors, the expert review confirms the strong presumed link between the occupational exposure of the parents to pesticides (without distinction) during the prenatal period. In addition, the recent results lead to a strong presumed link between central nervous system tumors and domestic exposure to pesticides (without distinction) during pregnancy or childhood.

Other research focuses on the links between occupational or environmental exposure of mothers during pregnancy and neuropsychological and motor developmental disorders in children. They confirm the existence of a strong presumed link, especially for certain families of pesticides, such as the organophosphates. Regarding the pyrethroids, whose use has increased as a replacement for organophosphate insecticides, the results of new studies are consistent and show a link between pyrethroid exposure during pregnancy and an increase in internalized behavioral problems such as anxiety (strong presumed link). Toxicological data support the biological plausibility of an effect based on the modes of action of these pesticides.

Consider the most recent scientific data to better protect populations

The confirmation and highlighting of strong presumed links between certain diseases and exposure to pesticides should encourage the authorities to take better account of these issues. In addition, the scientific literature on the subject is raising new concerns, particularly regarding the indirect effects of certain pesticides on human health through their effects on ecosystems, which should be taken into account more by researchers and decision-makers.

What can be said about chlordecone, glyphosate and SDHIs?

1 The Directorates General for Risk Prevention, Health, Labor, Research and Innovation, and the Secretary General of the Ministry of Agriculture and Food