When breathing frees our mind

Some activities, such as walking or breathing, are unusual in that they can be carried out voluntarily or automatically. For example, every one of us can decide to take a deep breath and keep our lungs inflated for a few seconds, and then exhale slowly. However, most of the time we breathe without thinking about it, and this is what also happens every night. Although the neural structures responsible for automatic breathing, located in the brain stem, are fairly well known, those associated with voluntary breathing remain more mysterious. 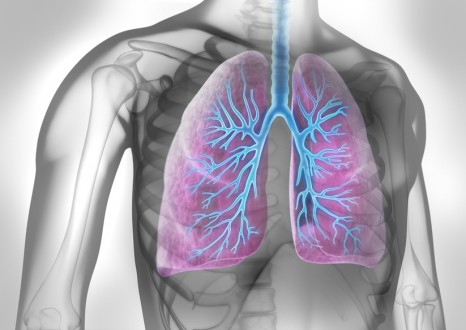 To find out more about them, Inserm researchers led by Lionel Naccache (at a joint UPMC/ICM/Inserm research centre, located within the ICM at Pitié-Salpêtrière Hospital), in collaboration with Professors Thomas Similowski and Christian Straus (Pneumology Department, Pitié-Salpêtrière Hospital and Inserm), had the idea of comparing the brain activity of a young woman affected by Ondine syndrome while she was awake and breathing voluntarily with that observed when her breathing was assisted by an external ventilator.

What is Ondine syndrome?

Infants with this mutation are born with a severe dysfunction of the brain stem structure responsible for automatic breathing. However, their voluntary breathing remains unaffected. Immediate consequence: in the most severe forms, patients die as soon as they fall asleep. Treatment involves providing these patients with external ventilators, which they use whenever they lie down, even if they are just taking a nap.

First result: when she breathed with the help of an external ventilator, her brain activity measured by functional MRI was much closer to that of a healthy subject than when she was breathing voluntarily. Conversely, in the absence of additional help, many areas of her brain were more occupied with controlling the brain stem (which in her case is unable to “steer” her breathing by itself) than with participating in the brain’s resting state network. This result is important because this network is associated with self-awareness, introspection and imagination.

These results show the automatic (brain stem) and voluntary (cortex) breathing mechanisms in a new light, and provide us with information on the cognitive impact associated with voluntary breathing. More generally speaking, these results help us to appreciate the cognitive resources that are freed up when we are breathing automatically and unconsciously.

The cerebral cost of breathing: An fMRI case-study in congenital central hypoventilation syndrome