Rich or poor in intestinal bacteria: we are not all equal when it comes to obesity-related conditions

Researchers working on the European METACARDIS (Metagenomics in Cardiometabolic Diseases) Project, coordinated by Inserm, have published in the magazine Nature the first results of the investigation into the composition of the intestinal flora of obese patients. They observed that these individuals were deficient in intestinal bacteria (in both quantity and diversity) and were at greater risk of developing cardio-metabolic diseases. At the same time, they managed to improve the composition of the intestinal flora through a specific diet. In future, it will soon be possible to develop a simple test to identify people at risk and offer them a suitable preventive solution. 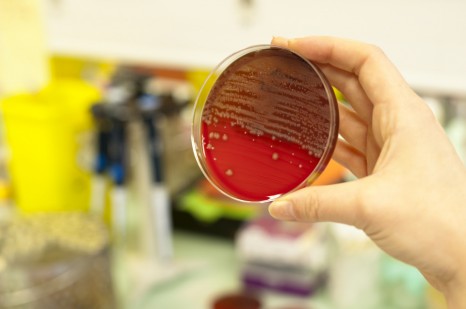 The obesity epidemic affected about 400 million adults in 2005; it will affect 700 million people in 2015 and the numbers will continue to increase. The causes are partially environmental (a more sedentary lifestyle, changes in eating habits, etc.) and partially genetic. Obesity linked to mutations represents a minority of cases. More and more data indicate that the variations in our “other genome”, the microbiome, i.e. the total genome of all the micro-organisms in our body, do more in the development of obesity than variations or polymorphism in the human genome.

Researchers working on the European METACARDIS project participated in two studies whose results have initiated the development and creation of individual treatments for patients suffering from cardio-metabolic disorders, including cardio-vascular diseases and metabolic diseases associated with obesity.

Two types of individuals, depending on the bacterial composition of the digestive tract

The first stage of the METACARDIS project is the study of patient cohorts constituted during previous European or national programmes (the European projects MetaHIT and Micro-Obes supported by the French National Research Agency; > 200 subjects), who provided instant access to much clinical, medical and environmental data as well as biological samples.

An initial study was performed on the MetaHIT cohort, which consisted of 292 Danish adults 123 of them non-obese and 169 obese. The researchers analysed the intestinal bacterial genome of these individuals, using a new technique known as quantitative metagenomics. According to the results, it appears that the two groups of individuals can be differentiated by the richness of the bacteria they carry and the abundance of certain species of intestinal bacteria. One quarter of the people in the cohort were bacteria “poor”, while three-quarters possessed intestinal flora that were “rich” in bacteria. It is the first time that such a distinction has been highlighted in the population. Furthermore, the distinction did not depend on the corpulence of the individuals, because non-obese people were found in both groups, even though the bacteria-deficient group contained more obese people (80%).

When comparing the two groups, researchers discovered that those who were deficient in intestinal bacteria were at greater risk than those who were bacteria-rich of developing complications linked to obesity such as type II diabetes, lipidic and hepatic problems and increased inflammatory factors in the blood, of the type frequently observed in these conditions.

Researchers also observed that obese people in the bacteria-deficient group gained more weight over time than individuals in the other group. In bacteria-poor individuals, eight specific species of bacteria were present in low numbers, or were even absent altogether. These species may have a protective role in preventing weight gain and in the long run their detection will open the way to the development of new probiotics that will help to combat weight gain.

The second study, conducted by researchers in the METACARDIS consortium on the MicroObes cohort, focused on a cohort of 49 obese or overweight French adults. This confirmed the results of the first study. There were similarities in the bacteria-poor and rich communities between the French and Danish populations. Furthermore, on the basis of only six species of bacteria that were particularly representative in these communities, it was possible to distinguish between bacteria-rich communities and bacteria-poor communities with 95% accuracy. These results could lead to the devising of a simple method for determining which type of microbial intestinal community lives inside an individual. The purpose of METACARDIS is, on the one hand, to confirm, in a larger European cohort, the importance of these bacterial markers and on the other hand to develop a simple diagnostic test to identify individuals who are at greatest risk of becoming obese, associated with co-morbidity.

A diet that helps to enrich the microbiota

The French study also investigated the impact of a protein- and fibre-rich, low calorie diet on the genetic diversity of the intestinal microbiota. After six weeks, the diet not only produced the expected improvement in the clinical characteristics of the individuals studied, but also increased the richness of intestinal bacteria in the bacteria-poor communities. Researchers were thus able to correlate the increase in bacterial richness with weight loss, a reduction in the mass of fat and in cardio-metabolic risk factors. The way is open not only for the diagnosis of at-risk individuals but also for intervention through targeted nutritional recommendations. The inflammatory level of the blood and fatty tissue was not reduced by the diet as efficaciously in individuals who were species-poor as in those who were species-rich. Other interventions, perhaps involving medication, need to be invented to tackle this problem.

“The METACARDIS consortium will pursue its research for another five years in order to better specify the various forms of obesity which vary greatly from one person to another and to detect people at risk from metabolic and cardiovascular complications so as to do more to prevent these complications and treat them in a targeted fashion. Consequently any early changes in the microbiota looks like the right route to pursue since it would be accessible through changes in the diet” explains Prof. Karine Clément, the METACARDIS coordinator. In fact, the ultimate aim of the project is to devise preventive medicines for chronic conditions as an alternative to the curative medicines that are becoming less and less affordable financially for industrialised societies.

The METACARDIS project, coordinated by Inserm and launched last December, represents the first systematic study to correlate intestinal flora and cardio-metabolic conditions in humans. The project is bringing together groups of European doctors and multidisciplinary researchers as well as experts in biotechnology and those from industry can access the latest technologies to promote the development of new preventive and treatment strategies for cardio-metabolic conditions. The teams include the INSERM 872 Unit headed by Karine Clément and Dominique Gauguier at the “Les Cordeliers Research Centre”, the “ICAN” University Hospital Institute headed by Serge Hercberg and INSERM Unit 557 “Nutritional Epidemiology” run by Hervé Blottière, Joël Doré and Dusko Ehrlich of the INRA.

The 12 partners in the METACARDIS project:

TO CITE THIS POST :
Press release – Inserm press room Rich or poor in intestinal bacteria: we are not all equal when it comes to obesity-related conditions Link : https://presse.inserm.fr/en/rich-or-poor-in-intestinal-bacteria-we-are-not-all-equal-when-it-comes-to-obesity-related-conditions/9322/