Following a programme of physical exercise based on balance and building muscle strength reduces the risk of injury from falls by nearly 20% in women aged over 75 years. This study, conducted by Patricia Dargent, has just been published in the British Medical Journal (BMJ). 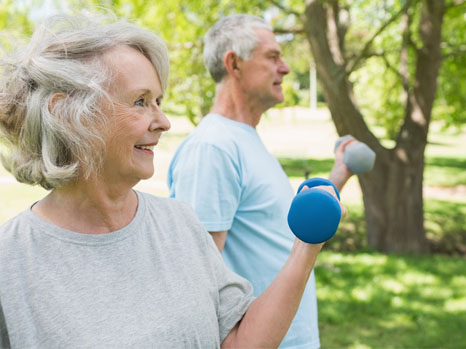 Falls are very common in older people, with approximately one in three people over the age of 65 experiencing at least one fall per year. The resulting injuries often require medical care, and lead to a significantly altered quality of life and accelerated functional decline that can in turn lead to a progressive loss of autonomy and admission to a healthcare facility.

In total, 706 women aged 75-85 years (mean age 80), living in their own homes and with reduced balance and walking ability, participated in the Ossébo trial in 20 study centres distributed throughout France. Participants were randomly assigned to 2 groups, one group that underwent the exercise programme and a “control” group with no intervention.

The exercise programme[1]  involved weekly sessions in small groups supervised by a facilitator, supplemented by exercises to do at home at least once a week, all for a period of 2 years.