Doctors should rethink how they treat patients who have suffered the deadliest form of stroke, a clinical trial suggests.The study recommends a change in guidelines for treating any patients who have had a stroke caused by bleeding into the brain – known as intracerebral haemorrhage (ICH) – while regularly taking aspirin. 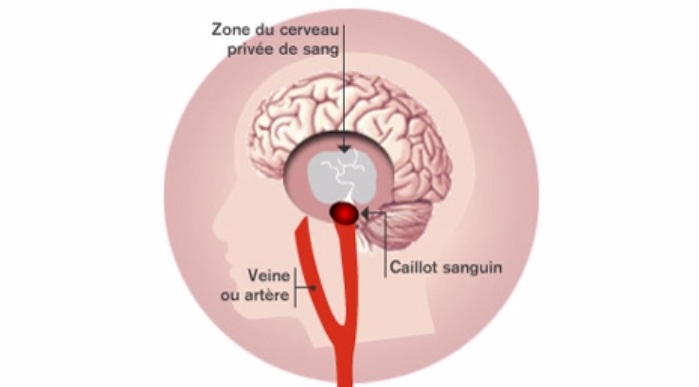 Prof. Yvo Roos (Academic Medical Center Amsterdam) who initiated the study said: “Until now, a treatment known as platelet transfusion has been used by some doctors in the hope that it will aid recovery. It had been thought that platelets – blood cell fragments that play a vital role in blood clotting – could block ruptured blood vessels and prevent further bleeding into the brain in patients who are using anti-platelet therapy”.

However, the team from the Netherlands, France, UK has found that giving platelet transfusions to patients who had suffered an ICH while taking aspirin reduced their chances of recovery.

Prof. Charlotte Cordonnier (Inserm Unit 1171, Univ. Lille, CHU Lille) adds :”Each year, about two million adults worldwide suffer stroke caused by ICH, which accounts for half of all stroke deaths. Two out of five people die within one month, and a further two out of five become dependent on carers. One quarter of patients are taking aspirin before they suffer an ICH.”

Stroke patients who participated in the clinical trial received standard stroke care, but they were also randomly assigned either the platelet transfusion or no extra treatment. Researchers found that platelet transfusions increased the risk of death and long-term disability compared with usual care.

It is unclear why patients given platelet transfusions were worse off than those who were not, researchers say. They suggest that the treatment may cause blood clots to form or trigger inflammation in the brain, worsening bleeding.

Prof. Rustam Al-Shahi Salman, of the University of Edinburgh’s School of Clinical Sciences, who co-led the study, said: “Our study shows that platelet transfusion seems harmful, and certainly is not beneficial, for people who take aspirin and have a stroke caused by bleeding into the brain. These findings should change clinical guidelines.”

Today, the study results are presented at the European Stroke Organisation Conference and are published in The Lancet.