Tattoos: are they really indelible? 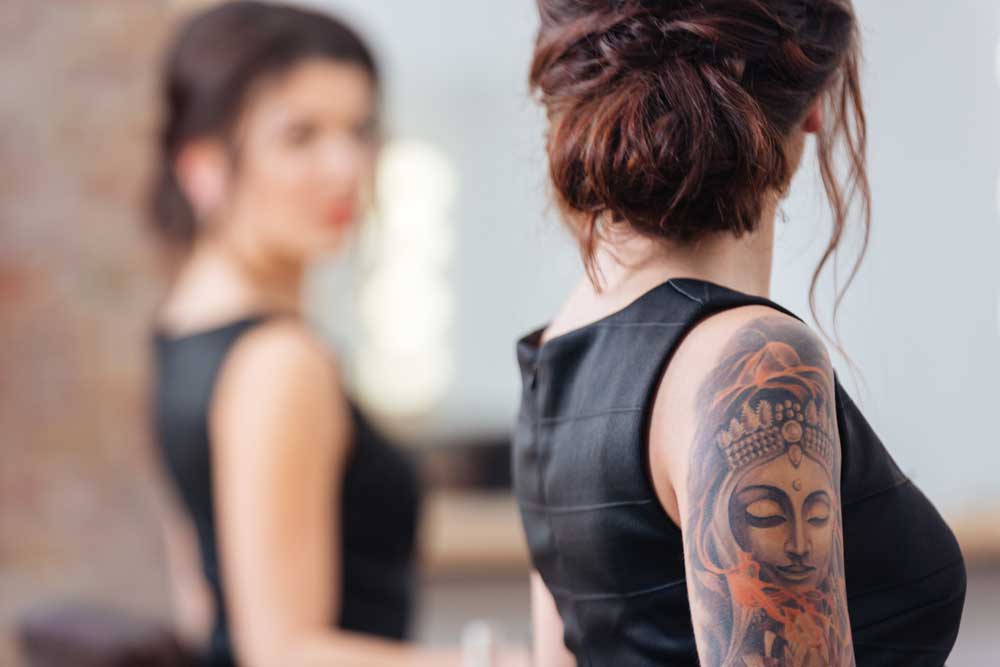 Researchers from Inserm, CNRS and Aix Marseille University at the Center of Immunology Marseille-Luminy (CIML) have discovered that while a tattoo may be forever, the skin cells that carry the tattoo pigment are not. These cells transmit this pigment to new cells when they die. Acting on this process could improve current laser removal techniques. This study was published on March 6, 2018 in Journal of Experimental Medicine.

For many years, it was thought that tattoos worked by staining fibroblast cells in the dermal layer of the skin. More recently, however, researchers suggested that skin macrophages (specialized immune cells that reside in the dermis) “gobble up” the tattoo pigment, as they would normally engulf an invading pathogen or piece of a dying cell. In either case, it was presumed that the pigment-carrying cell lived forever, allowing the tattoo to be more or less permanent.

A hypothesis which has been called into question by a team of researchers from Inserm and CNRS, led by Sandrine Henri and Bernard Malissen of the Center of Immunology Marseille-Luminy which, with the help of the Marseille Center for Immunophenomics, has developed a genetically-engineered mouse capable of killing the macrophages residing in its dermis. Over the weeks that followed, the researchers observed that the thus destroyed cells had been replaced by new macrophages derived from precursor cells present in the blood and originating from the bone marrow, known as monocytes.

They found that the dermal macrophages were the only cell type to take up the pigment when they tattooed the mice’s tails. Despite the programmed death of these macrophages, the appearance of the tattoo did not change. As such, the team concluded that the dead macrophages released the pigment into their surroundings where, over the following weeks, it was taken up by new macrophages.

The appearance of a tattoo appears to be the same before (left) and after (right) the dermal macrophages were killed.

This cycle of pigment capture, release and re-capture occurs continuously in tattooed skin, even when macrophages are not killed off in one go. The researchers transferred a piece of tattooed skin from one mouse to another and found that, after six weeks, most of the pigment-carrying macrophages were derived from the recipient rather than the donor animal.

“We think that, when tattoo pigment-laden macrophages die during the course of adult life, neighboring macrophages recapture the released pigments and insure in a dynamic manner the stable appearance and long-term persistence of tattoos,” explains Sandrine Henri, Inserm researcher and co-leader of the research project.

The green pigment of the tattoo is taken up by the macrophages (left). The pigment is released when these cells are killed (center) but, 90 days later, it is taken back up into new macrophages that have replaced the old ones (right).

Tattoos can be removed by laser pulses that cause the death of the skin cells and the release and fragmentation of their pigment. The latter can then be transported away from the skin via lymphatic vessels that drain the skin. “Tattoo removal using this laser technique can be likely improved by the temporary elimination of the macrophages present in the tattoo area”, declare the researchers. “As a result, the fragmented pigment particles generated using laser pulses will not be immediately recaptured, a condition increasing the probability of having them drained away via the lymphatic vessels. “