The INSIGHT study: to better understand the factors that trigger Alzheimer’s disease

Over 35 million people worldwide suffer from dementia, including Alzheimer’s disease [1]. In France, in 2014, approximately 900,000 people are affected, and the prevalence of the disease will increase considerably: an estimated 1.3 million people will be affected in 2020 [2], and over 2 million in 2040 [3], with more than 225,000 new cases reported each year.

World Alzheimer’s Day, which will take place on Sunday, 21 September, is an opportunity to review the progress of research and to present INSIGHT, a new study launched by teams from Inserm and the city of Paris public hospital system (AP-HP) at the Institute of Memory and Alzheimer’s Disease (IM2A) and the Brain and Spinal Cord Institute (ICM), working together in the Research Institute for Translational Neuroscience (IHU-A-ICM), and in collaboration with Pfizer, in order to observe and understand the natural course of Alzheimer’s disease. INSIGHT is an ancillary study of the MEMENTO national cohort. 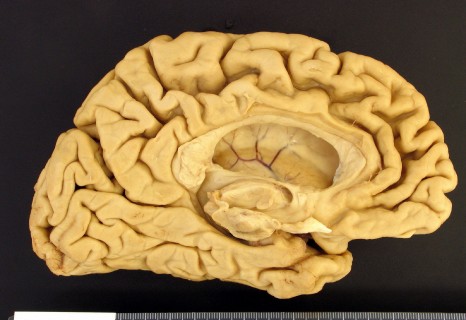 INSIGHT is an innovative study of Alzheimer’s disease, and one of the first in the world to monitor healthy subjects at-risk. This study holds great hope for understanding the disease, and its results may hold promise of future treatments for patients.

“Research on Alzheimer’s disease, and more generally on pathologies associated with memory disorders, is evolving rapidly. Today we can recognise the disease very early, through a biological signature that can be identified in all patients. What we now want to explore are the endogenous and exogenous conditions for progression of the disease: why and how it occurs in some subjects but not in others,” explains Professor Bruno Dubois, Director of IM2A (Institute of Memory and Alzheimer’s Disease, located at La Pitié Salpêtrière Hospital in Paris), Director of the Inserm Team “Cognition, Neuroimaging and Brain Diseases” at the ICM, and principal investigator of the study.

Research method
The project involves monitoring 400 healthy volunteer subjects aged 70-85 years, with normal memory function. Its objective is not to detect or treat disease, but to observe changes in these healthy subjects. Do they have brain lesions? Will they develop the disease? How long does it take for the initial symptoms to appear? For the duration of the study, these subjects benefit from the monitoring and support of one of the best teams in the world working on memory-related diseases. To date, nearly 220 subjects have already been recruited.
This single-centre study, which will be conducted entirely at the IM2A (Institute of Memory and Alzheimer’s Disease at La Pitié Salpêtrière Hospital, AP-HP) is itself an unprecedented challenge.

INSIGHT is an ambitious study made possible through an innovative new scheme in medical research, a multi-partner foundation that focuses the Investissements d’Avenir (Investment for the Future) programme via IHU-A-ICM and Pfizer, together with the teams at IM2A and ICM, on a shared objective, that of better understanding Alzheimer’s disease