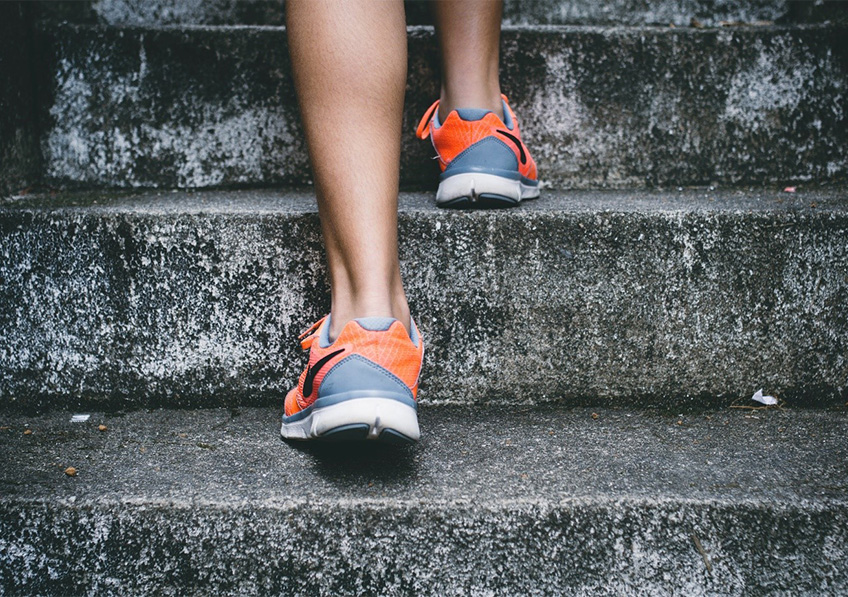 Seeking a reward effect through physical exercise is thought to constitute a key component of the disease, influenced by genetics. ©

In anorexia nervosa patients, the weight loss through lack of food is accompanied by fatigue and reduced physical capacity. Yet despite this they often continue to perform intense physical activity which contributes to that weight loss. Researchers from Inserm and Université de Paris at the Institute of Psychiatry and Neuroscience of Paris and the University Hospital Group Paris Psychiatry & Neurosciences show that physical exercise generates positive emotions not just in the patients (which was expected) but also – more surprisingly – in their relatives without the condition. However, this was not the case in the control subjects.

Seeking a reward effect through physical exercise is therefore thought to constitute a key component of the disease, influenced by genetics. This research, published in the International Journal of Eating Disorders, could make it possible to focus the management of anorexia nervosa patients on calories burned (sport) rather than exclusively on deficiencies (diet).

Anorexia nervosa is an eating disorder that affects mostly young women and girls between the ages of 15 and 25. Its lifetime prevalence in women is estimated to be just over 1%. Philip Gorwood and Laura Di Lodovico at the Institute of Psychiatry and Neuroscience of Paris (Inserm/Université de Paris) and the University Hospital Group Paris Psychiatry & Neurosciences have spent years trying to elucidate the disease and improve how it is managed.

In particular, their work has focused on the reward effect associated with not eating and the resultant weight loss. “We know that there is a vicious circle with anorexia nervosa, in which what makes a person lose weight is so rewarding in terms of how they feel, that they can overlook the dangers that they otherwise understand. This abnormality in the decision-making process is clearly related to the reward effect (the brain sends back messages that positively reinforce the maintenance of the disorder). But it is complicated to understand how a lack (a lack of food) can in itself be a ‘reinforcer’. That is why we have focused on the other dimension of weight loss – physical exercise,” explains Gorwood.

Based on these questions, the scientists showed in a previous study that anorexia nervosa is associated more with the pleasure of losing weight than with the fear of gaining it, and that this aspect is genetically influenced.

In their latest research, they continue to reflect on the clinical criteria of the disease and its heritability[1]by focusing on the concept of physical exercise. “This is an atypical approach because physical exertion is not considered a clinical manifestation of anorexia, even though many patients do a lot of sport, especially to manage their hunger and burn calories,” clarifies Gorwood.

The team felt that studying this aspect was all the more interesting given that yet again there is a contradiction: patients persist with exercising despite the fact that being underweight gradually reduces their physical capacities.

Patients, their relatives, and others

The protocol for this study was original because it allowed the researchers to focus not only on the emotions and perceptions of the patients following standardized physical exercise, but also on those of members of their family (particularly their mothers and sisters). Enrolled in this study were 88 female patients with anorexia nervosa, 30 of their relatives without the condition, and 89 healthy controls. Each was asked to perform standardized physical exercise and then answer questionnaires concerning the emotions they felt afterwards and the perception of their body image.

The scientists showed that for the same amounts of exertion, the emotions reported by the patients were more positive than those of the controls. “Doing sport sends the patients a message of positive reinforcement, making them continue this activity despite feeling tired or weak. The calories burned in association with this physical activity is a key factor that leads to its continuation,” explains Gorwood.

While this aspect was not found in the controls, it was present in the patients’ relatives. The study therefore suggests that this trait is shared within the families of people with anorexia.

Physical activity is associated with a rewarding effect, and this is thought to be involved in the heritability of the disease.

These findings have implications in terms of managing the condition, emphasizing the importance of focusing part of that management on physical exercise. The idea is to work with the patients so that they rediscover the pleasure of physical exercise (therefore in moderation) and lose their addiction to it, which is probably associated with the goal of weight loss. While specialized teams already considered this aspect of management to be important, the study provides firm scientific arguments in favor of pursuing this approach, legitimizing this care practice and putting it to widespread use.

[1] heritability refers to the proportion of variation in a population trait (in this case, anorexia nervosa) that can be attributed to the genetic factors we inherit.

Institute of Psychiatry and Neuroscience of Paris (IPNP)