Research performed by the Neurology Department and Stroke Reception and Treatment Unit at the Bichat Hospital (AP-HP/ Paris University Diderot) and the associated INSERM Unit 698 (Prof. Amarenco, Dr Olivier Meilhac) has highlighted the benefits of good cholesterol in reducing bleeding complications in the only treatment available for embolic stroke. The results of this experiment, performed on the rat, have just been published in Stroke .

As the third cause of death in France and throughout the world and the leading cause of disability acquired in adulthood, stroke currently affects 10 million people annually, 150,000 of them in France.

To date, the treatment of reference for stroke caused by occlusion of a cerebral artery that is recognised by the ANSM consists in performing an intravenous injection (in the crook of the elbow) of a medication known as Actilyse® (alteplase) the purpose of which is to dissolve the clot. This makes it possible to cure the patient in 40% of cases, but only if the injection is started within four and a half hours of the first stroke symptoms. An unfortunate complication of the intravenous injection of this medication, however, is a brain haemorrhage with neurological deterioration that leads to death in 6% of cases, though without visible neurological deterioration in 20% of cases.

Researchers have discovered a new treatment that may reduce the risk of the bleeding complication caused by alteplase by as much as 90%. The treatment consists of high-density lipoproteins  (HDL or “good cholesterol”), isolated from human plasma. HDLs are the particles whose job it is to evacuate the bad cholesterol from inside the arteries and send it to the liver, where it is eliminated. They have other favourable actions, in that they are anti-inflammatory, anti-oxidant and anti-protease, preventing the infiltration of white blood cells into the affected area.

The team has produced a hypothesis that, through the protective effect of the blood-brain barrier[1]1, HDL can protect against the bleeding complications caused by alteplase. The team injected rats with alteplase three hours after blocking a brain artery using a filament or a clot. Bleeding occurred in 62% of the rats after the filament was withdrawn and in 46% of rats in which the brain artery was blocked by a clot. In both cases, when alteplase was injected jointly with HDLs, less than 90% fewer bleeding complications were observed. Both these models (occlusion using a filament or the creation of a clot) were used to check the effect of the treatment. The fact that the same type of result was obtained reinforces the evidence of the effect of HDLs.

“This discovery, if confirmed in humans through the clinical trial we intend to perform, could revolutionise stroke treatment and offer new opportunities for improving the cure for embolic stroke victims. It is even imaginable that in future, HDL-like particles could be produced through genetic engineering”, states Professor Amarenco, Head of the Neurology Department, Stroke Reception and Treatment Unit at theBichatHospital (AP-HP/University ofParis Diderot) and co-director with Professor Steg of the “Clinical Research into Atherothrombosis” Research Team at the Mixed INSERM-University of Paris Diderot Unit 698.

These studies were partly financed by the INSERM Unit 698 and partly by the Association SOS-Attaque Cerebrale, a stroke charity. 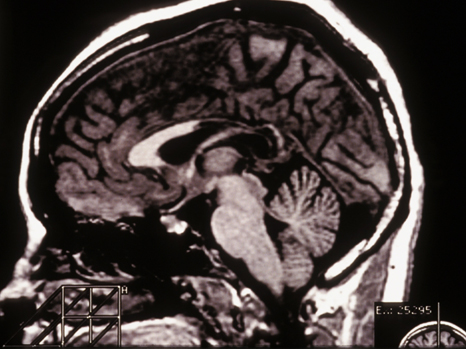 [1] the nutrients supplied by the blood need to pass through it to feed the brain.

See Protective effect of high-density lipoprotein-based therapy in a model of embolic stroke.