“Google” is currently the most widely used search engine in the world. Google Trends is a tool that performs a statistical analysis of words entered in the search engine. During the influenza H1N1 epidemic in 2009, a strong spike in searches for the word “influenza” was observed in regions where the epidemic had begun. Thus Google Trends might be used to follow not only the spread of infectious epidemics, but that of other phenomena as well, such as suicide epidemics. This hypothesis led psychiatrist and researcher Guillaume Fond (Inserm Unit 955, Mondor Institute of Biomedical Research, IMRB, Créteil) and his team to study in greater detail the relationship between the number of Google searches for terms such as suicide, depression and bipolar disorder and the risk of a suicide “epidemic.” This work is published in the journal Psychiatry Research.

A suicide epidemic is a spike in the rate of suicide in a population at a particular time. This phenomenon has also been called the “Werther effect,” a reference to the increase in suicide that followed the publication of Goethe’s book The Sorrows of Young Werther in 1774.

The study conducted by Guillaume Fond and his collaborators was aimed at determining how Google Trends could help to monitor trends in searching for key words or key expressions such as “suicide,” or “how to commit suicide,” as well as “depression” and “bipolar disorder,” since bipolar mood disorder is strongly associated with suicide risk.

“Detection of an increased search for the word “suicide” might make it possible to establish targeted prevention policies,” explain the researchers.

The work published this month shows several spikes from 2005 to 2015 in searches related to the word “suicide.” This research was not associated with searches for the words “depression or “bipolar.” These spikes in searches were sometimes associated with news stories that appeared on the Internet containing “suicide” as a key word. Other spikes were not associated with any events to be found on the Web. This does not exclude the possibility that reports or broadcasts disseminated through traditional channels (television, radio, hard copy print media) had an influence, but this was not taken into consideration for the purposes of this study.

These results confirmed the very strong influence of media on the search rates for key words associated with suicide and depression. Thus, searches for the word “bipolar” have progressively increased in France during the last decade. A spike was seen in this search in France as well as worldwide in 2011, when it was revealed that the actress Catherine Zeta-Jones has bipolar disorder.

The authors propose that the effect of Internet media influence on searches for psychiatric terms be called the “Zeta-Jones effect,” by analogy with the Werther effect.

To conclude, Google Trends is a tool that may provide some useful information for assessing the impact of media communication on mental illnesses, but the tool is not yet accurate enough to enable an effective suicide prevention policy.

Perspectives: a tool enabling a detailed analysis of some key words, such as “suicide,” or “how to commit suicide” on a weekly or even daily basis, with detailed geographic distribution, would make it possible to target suicide prevention policies appropriately and effectively. Through the same Google process that directs Internet users according to their interests as ascertained from their key words, it is conceivable that users could be directed to a free-phone number or crisis centre. This system could be particularly effective for adolescents.

“This process would be limited by individual freedom and respect for privacy, issues that are being strongly debated at the moment,” concludes Guillaume Fond. 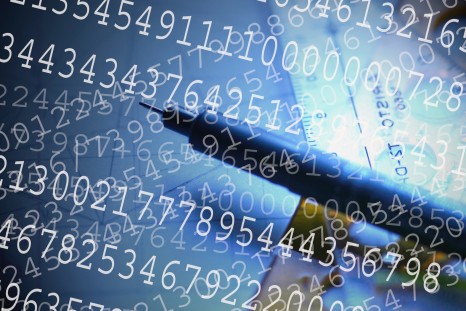