Anne Dejean-Assémat, is awarded the Inserm Grand Prix for 2014

The annual Inserm awards ceremony for medical research will take place on 3 December 2014 at the Collège de France, in the presence of Marisol Touraine, Minister for Social Affairs and Health, Geneviève Fioraso, Secretary of State for Higher Education and Research, and Yves Lévy, Chairman and Chief Executive Officer of Inserm. Eight prizes will be awarded to eminent scientists who contribute through their work to advances in research and to the excellence of the Institute. The ceremony will conclude an exceptional year, marked by over a hundred events celebrating the 50th anniversary of Inserm.The event will be streamed live on the Inserm website.

The Inserm Grand Prix is awarded to Anne Dejean-Assémat, director of Inserm/Institut Pasteur Joint Unit 993 “Nuclear Organization and Oncogenesis,” for her entire body of research on the molecular and cellular mechanisms involved in the development of human cancers. 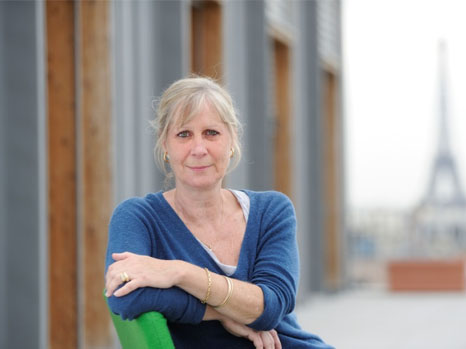 Anne Dejean-Assémat ©InsermThis researcher established the mutagenic role of hepatitis B virus in liver cancer. She identified one of the main receptors for retinoic acid (RAR), the active form of vitamin A, and subsequently demonstrated its role in some human cancers.By discovering the systematic alteration of the receptor for this acid in patients with acute promyelocytic leukaemias, and the associated cellular alteration, Anne Dejean-Assémat and her colleagues clarified the molecular and cellular basis for leukaemogenesis, and made it possible to shed light on the mechanisms involved in the effective treatment of this type of leukaemia. These observations are a most illustrative example of targeted cancer therapy.Since 2004, an Honorary Prize and an International Prize have been awarded, as a tribute to the careers of particularly eminent scientists. The 2014 Honorary Prize will be awarded to William Vainchenker (Inserm/ Institut Gustave-Roussy/University Paris-Sud Unit 1009), and the International Prize will be awarded to Sir Leszek Borysiewicz (University of Cambridge, UK).Research Awards distinguish researchers, lecturer-researchers and clinician-researchers whose work has marked the area of basic research, clinical and therapeutic research, and public health research. The 2014 laureates are Nadine Cerf-Bensussan (Inserm/ Paris-Descartes University Unit 1163) and Hélène Dollfus (Inserm/University of Strasbourg Unit 1112).Innovation prizes reward engineers, technicians or administrators for original achievements in the service of supporting research. The 2014 laureates are Frédéric De Bock (Inserm/CNRS/Montpellier Universities 1 and 2 Unit 661) and Mathieu Ducros (Inserm/Paris-Descartes University Unit 1128).Since 2013, an Opecst-Inserm Award has been jointly awarded by the French Parliamentary Office for the Evaluation of Scientific and Technological Choices and Inserm. It is aimed at rewarding a researcher for his/her involvement in developing the results of research. The 2014 laureate is Mickaël Tanter (Inserm/CNRS/ESPCI de Paris Unit 979).

Further information:
The detailed biography of Anne Dejean-Assémat can be consulted on the French Académie des Sciences website

Photos of the laureates can be downloaded from Serimedis, the Inserm image gallery