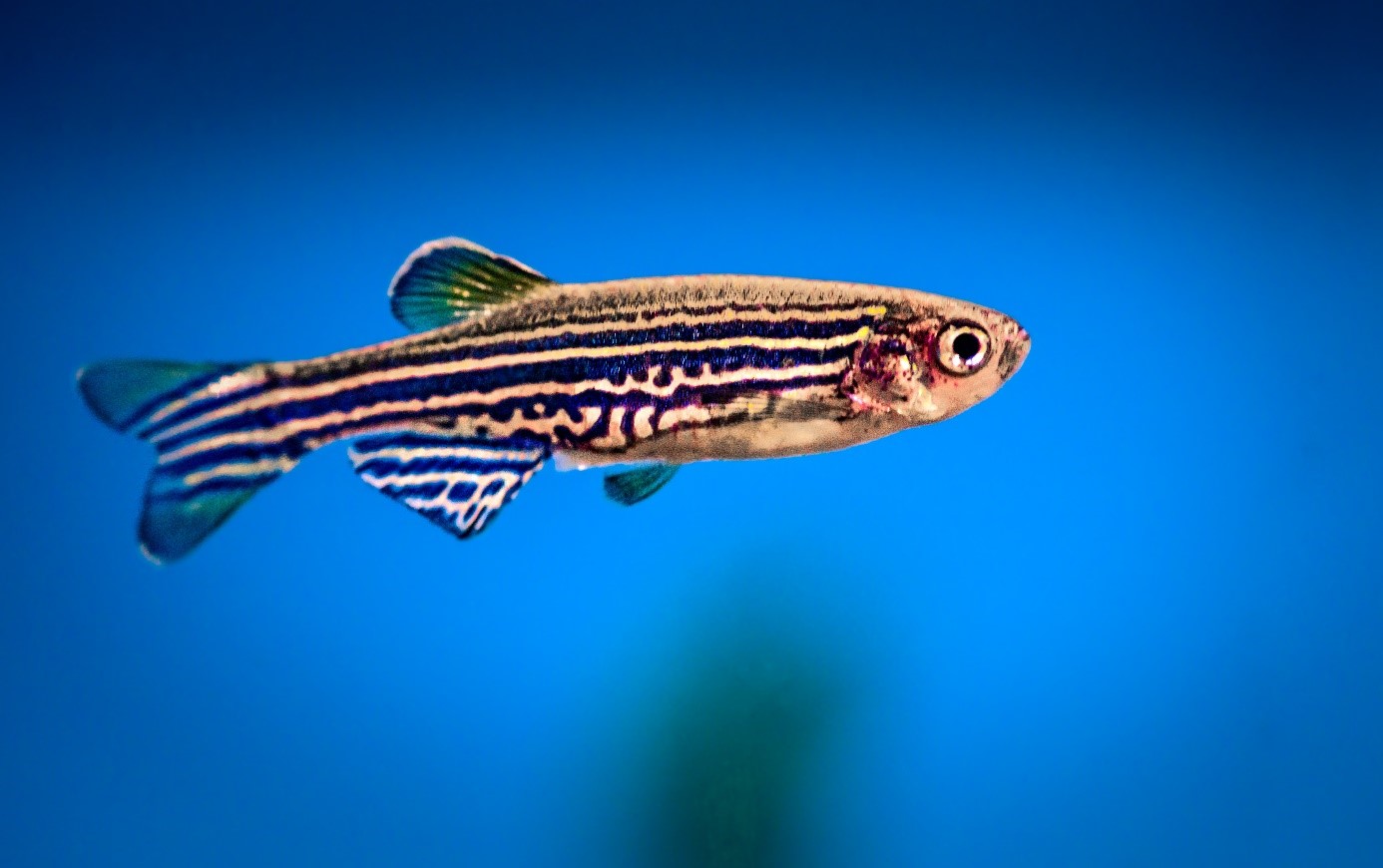 The zebrafish (Danio rerio) is a tropical species commonly used as a model organism in research laboratories. © Adobe Stock

In the animal kingdom, several species share the extraordinary ability to regenerate their limbs or appendages following amputation. One of them is the zebrafish, which is particularly studied in research laboratories due to its ability to regenerate its caudal fin. This phenomenon is made possible by the formation of a blastema, a transient structure composed of undifferentiated cells, which initiates and controls the regeneration of the tissue. Improving our understanding of the cells that make up the blastema and deciphering their interactions opens up new avenues for improving our understanding of the regeneration processes, with the aim of developing clinical applications in the field of regenerative medicine. In a study published in Nature Communications, scientists from Inserm and Université de Montpellier have taken one step closer to this objective, by identifying within the blastema the cell population that coordinates the regeneration process in zebrafish.

The zebrafish, also known as Danio rerio, is a tropical species which has been commonly used as a model organism in research laboratories since the late 1990s. It offers many advantages to scientists, such as the transparency of the embryo and its external development, which is easier to observe than that of mammals. In addition, humans and zebrafish share 70% of the same genes. This genetic conservation with the other vertebrates makes Danio rerio a model of choice for deciphering several major biological processes and their conservation over the course of evolution.

Surprisingly, the zebrafish is also able to regenerate its caudal fin when amputated, thanks to the transient formation of a cell mass known as a “blastema”.

At the larval stage, this structure ensures regeneration of the sectioned appendage in only three days. This is enough to attract the interest of the scientific community, given that understanding the mechanisms associated with this process could pave the way for multiple regenerative medicine applications.

However, only a few cells of the blastema had been described until recently, with the underlying biological mechanisms poorly documented. In their previous work, Inserm Research Director Farida Djouad and her team had highlighted the unique role of macrophages – immune system cells – during the formation of zebrafish blastemas. The team had thus showed that macrophages coordinate the inflammatory processes necessary for the proliferation of the blastema cells and the regeneration of the caudal fin.

Identify the cell coordinating the regeneration

In their new study, these researchers went further in exploring the blastema and revealed the major involvement of a new cell population – cells derived from the neural crest[1]. These cells are found in all vertebrates, including in humans, and play a key role in embryonic development.

The scientists deployed several methodological approaches to observe and monitor the fate of the blastema cells. By combining the applications of real-time confocal imaging and single cell RNA-sequencing technology[2] on zebrafish larvae, the Montpellier-based team was able to demonstrate that cells derived from the neural crest coordinate the fin regeneration process, dialoguing with macrophages and other cells in the blastema in order to control and regulate their response. This dialog is conducted via a key factor called NRG1 (Neuregulin 1). 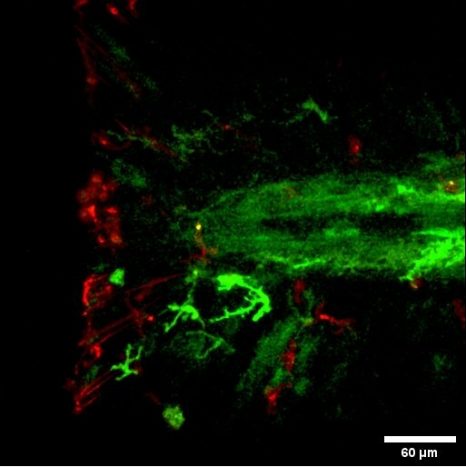 Interactions between the macrophages (in red) and neural crest cells (in green) during regeneration of the zebrafish larva caudal fin. © Farida Djouad

All of these data make it possible to go further in understanding the regeneration processes and their activation in zebrafish. Based on these findings, the next objective will be to understand why mammals, which also possess macrophages and cells derived from the neural crest, fail to regenerate their appendages.

“We are continuing this work on other vertebrate models, including mice, in order to better understand when mammalian embryonic development loses this regeneration capacity, and why, whilst focusing on the role of cells derived from the neural crest,” says Djouad.

“The aim of this research on several animal models capable of regenerating is to identify ‘THE’ coordinating cell, which is common to all regeneration processes. A better understanding of its role, and especially of the factors it secretes, could open up new avenues to promote the regeneration of certain tissues in the treatment of degenerative diseases such as osteoarthritis.”

[1] The neural crest of vertebrates is a transient embryonic structure, involved in development, and capable of producing many tissues of the face and skull, particularly the cartilaginous and osteomembranous skeleton, the meninges, the vascular walls of the external and internal carotid system, the dermis… Source: French Academy of Medicine

[2] Single-cell sequencing is based on a set of molecular biology methods to analyze genetic information (DNA, RNA, epigenome…) on a single cell scale.