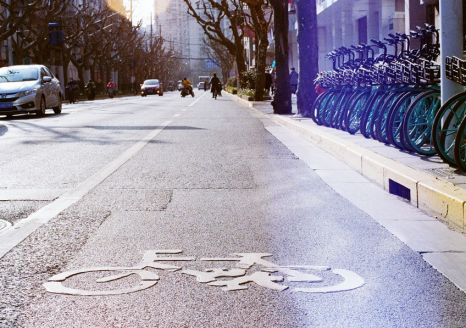 Users of different transport types breathe in over twice the dose of black carbon per 30-minute period when traveling compared with when not traveling (when at home or at work, for example). © Unsplash

The measurements of individual exposure to pollution, which are generally taken at the place of residence, overlook two major parameters: the much higher exposure occurring during travel and the variations in air volumes, and consequently the varying levels of air pollutants, which are inhaled according to the intensity of physical exertion involved by the journey. A team of scientists led by Inserm Research Director Basile Chaix at the Pierre Louis Institute of Epidemiology and Public Health (Inserm/Sorbonne Université) studied the impact of these parameters on exposure to black carbon, an air pollutant produced by road traffic. In research published in Environment International, the team compares different modes of transport and shows that although walking and cycling expose the user to much lower levels of black carbon than motorized transport (public or private), the increase in ventilation caused by the physical activity leads to greater quantities of this pollutant being inhaled.

Black carbon is considered one of the best markers of road traffic. It is notably generated by the incomplete combustion of fossil fuels and other molecules produced by road traffic. Previous studies have shown that exposure to black carbon can cause chronic respiratory disease, neurological damage, and cardiovascular disease.

A certain number of epidemiological studies have suggested that users of motorized transport (private or public) are more exposed to air pollution than users of so-called “active” modes of transport, even if cyclists ride in close proximity to traffic. However, these studies do not take into account the role of minute ventilation (quantity of air moved into and out of the lungs in one minute), which is specific to each individual and varies very widely depending on the level of exertion, and which therefore has an effect on the dose of pollutants inhaled by each individual.

Doctoral student Sanjeev Bista and Inserm Research Director Basile Chaix, at the Pierre Louis Institute of Epidemiology and Public Health (Inserm/Sorbonne Université) sought to quantify the black carbon levels to which users of different types of transport are exposed and how much of it they breathe in during their daily trips. The data was collected in the Grand Paris region between 2018 and 2020 as part of the MobiliSense study funded by the European Research Council.

The research team followed 283 participants for 6 days each. During their trips (locations obtained by GPS) and between two trips (when they were at home or work, for example), a portable monitor strapped on each participant’s shoulder measured levels of airborne black carbon their breathing zone (close to the nose and mouth). The trips were segmented according to the different modes of transport used. In the end, around 7,500 segments were analyzed. By taking into account the minute ventilation of each person in each segment (estimated using an accelerometer that measures physical activity), the dose of black carbon inhaled by the participants during each trip could therefore be quantified.

The results of the analyses show that the participants breathe in over twice the dose of black carbon per 30-minute period when traveling compared with when they are not traveling (when they are at home or at work, for example).

Furthermore, the so-called “active” modes of transport are associated with average black carbon levels in the breathing zone that are lower than those observed with motorized transport (and with an even lower exposure for walking than for cycling). Compared with walking, this represents +2.20 μg black carbon per m3 of air on average in public transport with a maximum of +3.08 μg/m3 in the subway– i.e. almost twice as much as during active transport – and +2.29 μg/m3 in private motor vehicles.

Therefore, although less exposed in terms of black carbon levels than users of motorized transport, pedestrians and cyclists inhale more of this pollutant for an equivalent journey time.

“The fact that the amount of black carbon inhaled is greater in active modes of transport when the user is exposed to a lower airborne concentration than a user of motorized transport is explained by a much greater minute ventilation when using active transport,” specifies Chaix. Indeed, the volume of air absorbed increases with the intensity of physical activity. Variations in the latter from one mode of transport to another therefore have a decisive impact on the amount of pollutants inhaled. Therefore, if cyclists inhale more black carbon, it is because cycling combines higher levels of physical activity and greater proximity to road traffic than walking.

“However, it is important to clarify that the inhalation of air pollutants is only one part of the picture of the benefits and risks associated with the different modes of transport, and that the other pieces of the puzzle must also be considered, namely exposure to noise, stress in the transport environments, and the physical activity carried out, for which walking and cycling are widely recommended” concludes the researcher. Future studies by the team will explore the physiological response of the study participants, in terms of blood pressure and lung function, to air pollutants in transport microenvironments.

Personal exposure to concentrations and inhalation of black carbon according to transport mode use: The MobiliSense sensor-based study