Diabetes is associated with neurocognitive disorders in people living with HIV

Does diabetes play a role in the decline of cognitive function in people living with HIV? Researchers at Inserm Unit 897, “Epidemiology and Biostatistics Inserm Research Centre” (Inserm/University of Bordeaux) and the CIC-1401 Clinical Investigation Centre, in collaboration with Bordeaux University Hospital, have shown for the first time that there is a relationship between diabetes and neurocognitive disorders in people living with HIV, regardless of age. These disorders mainly affect functions involving memory and reactivity, and appear as early as the prediabetic stage (hyperglycaemia). This work, funded by ANRS (French National Agency for Research on AIDS and Viral Hepatitis) and carried out within the ANRS Aquitaine cohort, is published in the journal Neurology. 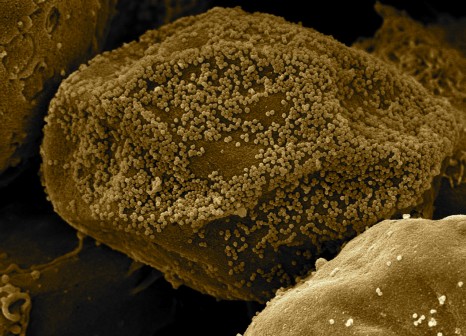 In 20-50% of cases, people living with HIV show mild neurocognitive disorders, even when their viral load is well controlled by antiretroviral treatment. The causes of these disorders are still incompletely known: age or “traditional” risk factors (education level, vascular risk factors such as diabetes), HIV infection or antiretroviral treatment.

In the general population, several studies have shown that there is a link between diabetes and cognitive decline in older people. Since the prevalence of diabetes in people living with HIV is 5-10%, could diabetes be an explanation for cognitive disorders? A study conducted by Prof. Geneviève Chêne’s team at Inserm Unit 897, “Epidemiology and Biostatistics Inserm Research Centre” (Inserm/University of Bordeaux) and the CIC-1401 Clinical Investigation Centre, together with Bordeaux University Hospital, drew upon the ANRS Aquitaine cohort to answer this question. It reveals for the first time that diabetes is associated with neurocognitive disorders in people living with HIV, regardless of age. This study, funded by ANRS (French National Agency for Research on AIDS and Viral Hepatitis), has just been published in the journal Neurology.

The Aquitaine cohort comprises nearly 9,000 patients distributed among 13 public hospital services, all located in the Aquitaine region of France. The objective of this cohort is to study the course of HIV-1 infection, both naturally and during treatment. For this study, which was carried out at 5 clinical centres of Bordeaux University Hospital between June 2007 and November 2009, 400 people living with HIV were enrolled. They were monitored for two years. Clinical tests (detection and validation of cerebrovascular and cardiac disease, treatments employed, and activities), blood samples, and 10 tests to evaluate cognitive and motor performance were carried out.

Of these 400 people, 39 were diabetic and 33 had hyperglycaemia indicating a “prediabetic” state.

For people living with HIV who had hyperglycaemia (prediabetic state), overall performance was poorer than in nondiabetic people.

Taking other parameters such as cardiovascular risk factors (hypertension, overweight, hypercholesterolaemia, hypertriglyceridaemia) into consideration does not change these results.

This study demonstrates for the first time the impact of diabetes and the prediabetic state on cognitive performance in people living with HIV. “Basic research should step in to explore the physiopathological mechanisms at play. In particular, to examine objectively whether the lesions created in the small blood vessels by chronic hyperglycaemia are exacerbated by the HIV virus itself. The consequences of HIV on immune activation, as well as certain genetic predispositions, must also be examined,” explains Prof. Geneviève Chêne.

These results already show that active management is needed.

Geneviève Chêne adds: “In the same way as for the general population, it is vital to strengthen diabetes screening and prevention in people living with HIV. Maintaining a healthy diet, controlling one’s weight and taking regular exercise are universal recommendations.”