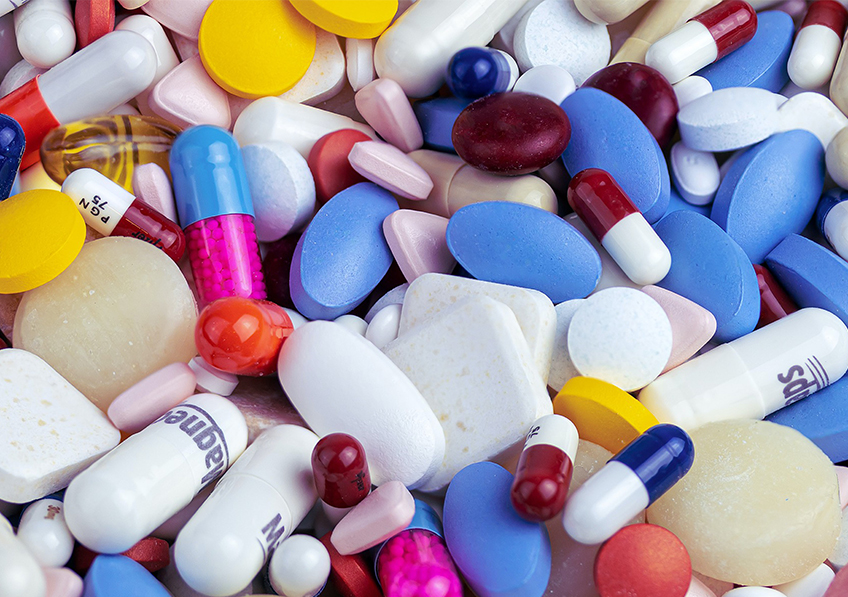 The under 6 year-olds are the category of children most exposed to drug prescriptions. © Myriam Zilles – Unsplash

France is one of the countries with the highest levels of drug consumption in Europe. In the absence of updated data from the last ten years on pediatric drug prescriptions, researchers from Inserm and teacher-researchers from Université de Paris at the Center for Research in Epidemiology and Statistics  (CRESS), along with researchers from Université de Versailles Saint-Quentin-en-Yvelines / Université Paris-Saclay, the Paris hospitals group AP-HP, and the Epi-Phare scientific interest group, quantified pediatric outpatient prescriptions in France and studied their evolution between 2010 and 2019. Their findings have been published in The Lancet Regional Health Europe.

The pediatric population, especially very young children, is particularly vulnerable to the short and long-term side effects of drugs because of its immaturity. In addition, the safety profile of many drugs used in pediatrics is only partially known. These elements should encourage rational prescribing in this population.

The first French national study of drug prescriptions in pediatric outpatient populations, based on data from the Generalist Sample of Health Insurance Beneficiaries (EGB) from 2011, showed worrying results with the highest frequency of prescriptions in the world. However, since 2011, new recommendations on the proper use of certain drugs have been issued and reimbursement delisting policies have been implemented, which were expected to lead to changes in these prescriptions.

The objective of the new study, conducted by researchers and teacher-researchers from Inserm, Université de Paris, Université de Versailles Saint-Quentin-en-Yvelines / Université Paris-Saclay, the Paris hospitals group AP-HP, and the Epi-Phare scientific interest group (GIS), was to determine the frequencies of drug prescriptions in pediatric outpatients in 2018-2019 in France and to compare them with those of 2010-2011, at the national level, using French National Health Data System (SNDS)2 data.

The analysis covered all reimbursed dispensations of drugs prescribed in an outpatient setting (so excluding those prescribed during stays in hospital), by a doctor, midwife or dentist, and intended for all children under 18 years of age living in France. In order to take into account the influence of infectious epidemics on outpatient prescriptions, annual drug prescription frequencies were averaged over two years for the two study periods. For the 2018-2019 period, over 230 million dispensed prescriptions were analyzed.

The study found that over the recent period (2018-2019), on average, 86 out of every 100 children under 18 years of age had been exposed to at least one drug prescription over the course of one year, representing a 4% increase in relation to 2010-2011. Children under six years of age were the category most exposed to drugs, with over 97 out of every 100 children affected in a year.

“Following the publication of the 2011 data, we expected to see a significant change for certain therapeutic classes given the regulations put in place or recommendations issued since 2011. A 12% decrease in the frequency of antibiotic prescriptions over the past ten years was noted in our study, but this remains insufficient because more than one in two children under 6 years of age were prescribed antibiotics during the year,” explains Dr. Marion Taine, co-author of the study.

In addition, the study found that one in three children under 6 years of age had received a prescription for oral corticosteroids during the year 2018-2019. A level that has remained stable since 2010-2011, despite the known side effects of this therapeutic class.

Finally, 2% of infants under 6 weeks of age were prescribed proton pump inhibitors4 during the year 2018-2019, “even though the frequency of conditions for which this treatment is recommended is much lower at this age,” explains Dr. Taine.

France, one of the highest prescribing countries for outpatient pediatric drugs

France is one of the countries that prescribes the most drugs in outpatient pediatrics, but international comparisons need to be treated with caution given that health care systems and drug reimbursement policies (particularly for those available over the counter) differ from country to country.

For example, comparisons between a few advanced-economy countries show that the frequencies of oral corticosteroid prescriptions for French children were 5 and 20 times higher than those observed for American and Norwegian children in other recent studies. For antibiotics, the frequency of prescriptions to French children was 5 times higher than that observed in the Netherlands. The inappropriate prescription of antibiotics increases bacterial resistance. As for systemic corticosteroids, their side effects are well-documented.

For the researchers, these high levels of prescriptions could be explained by the positive image associated with drugs in France, both in the population and among prescribers. In other countries with advanced economies, more heed is given to the drugs’ risk-benefit balance.

“These worrying results require in-depth analysis in order to better target future educational campaigns to optimize pediatric medication use. Better information for the population and prescribers regarding the use of medicines in children is essential”, concludes Dr. Taine.

2 The SNDS covers 98.8% of the French population and compiles reimbursement data for outpatient care for all children covered by the Universal Public Health Insurance in France

3 643 out of every 100 children received at least one prescription for pain medication over one year on average during the 2018-2019 period.

4 Medications recommended only for complications of gastroesophageal reflux disease.

Paediatric outpatient prescriptions in France between 2010 and 2019: A nationwide population-based study