How is the male genome preserved until it reaches the egg?

When the male genome carried in the spermatozoid leaves the male body to reach the egg, it undergoes numerous transformations. A team led by Saadi Khochbin in Mixed Research Unit 823 at the Institut Albert Bonniot Research Centre (Inserm/Joseph Fourier University) in Grenoble has described the molecular mechanisms that enable the transmission of the male genome to the egg. The researchers have revealed the essential role played by a tiny structure  which compact and preserve the genome in the spermatozoid during its journey to the egg. These results were published on July 24th in the journal Genes & Development. 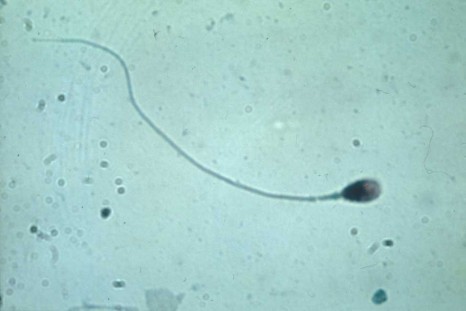 One of the challenges of reproduction is to discover how male DNA is carried via the spermatozoids, the highly specialised germinal cells. These are capable of leaving the organism and surviving during their journey from the male to the female body, at which time it is necessary to ensure that the genome it contains is safe in order to preserve it for fertilisation. When spermatozoids leave the male organism and start their journey to the female body, the genome is necessarily secured and preserved until the fertilization. The genome gradually changes its spatial configuration during spermatogenesis. This enables the DNA to be transported in a very compact, and thus very resistant, form. A defect in the compacting process can result in infertility.

Hitherto, although scientists had identified the molecules that contribute to the compaction of the DNA – histones, transition proteins, protamines, the molecular determinants causing these rapid changes in configuration remain obscure.

The “Epigenetics and cell signalling” Inserm Team headed by Saadi Khochbin, CNRS Research Director, described for the first time how the “organising” element in the male germinal cells directs the very accurate and specific compacting of the male genome. It is a special histone called TH2B, which was discovered in 1975, one of the earliest histones to be identified. This tiny protein attaches itself to the DNA during spermatogenesis and gives it the special configuration required for its final compaction. This is how the paternal genome, transported by the spermatozoid, leaves the male body and reaches the egg. The researchers also discovered that, unexpectedly, this histone is also present in the egg and participates in the repackaging of the male genome after fertilisation as soon as it enters the egg.

“We therefore discovered an important element in the transmission of the paternal genetic information that also participates in its packaging for despatch from the male reproductive organ as well as in its receipt by the female cell”, explains Saadi Khochbin, principal author of the study.

The research required the use of several mouse models and approaches involving very sophisticated recent technology for the purpose of exploring the genome as a whole (the genomic and transcriptomic techniques) and understanding new mechanisms on the molecular scale (proteomic approaches and structural modelling).

On a basic level, the research improves knowledge of male genome transmission and the way in which the male genome is transmitted during reproduction; there are also implications in the understanding of infertility and the optimisation of medically assisted procreation.

TO CITE THIS POST :
Press release – Inserm press room How is the male genome preserved until it reaches the egg? Link : https://presse.inserm.fr/en/how-is-the-male-genome-preserved-until-it-reaches-the-egg/9015/