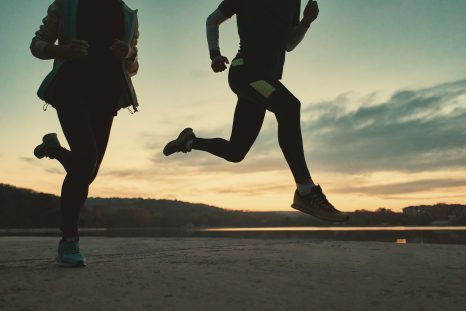 Physical activity is thought to be our greatest ally in the fight against cardiovascular disease. But there may be significant variations in its protective effects across a range of different situations, such as regularly playing a sport, carrying heavy loads at work, or going for a walk with friends. These are the findings of a new study led by Inserm researcher Jean-Philippe Empana (U970 PARCC, Inserm/Université de Paris) in collaboration with Australian researchers. The results have been published in Hypertension.

Cardiovascular diseases are the leading cause of mortality around the world, and there is no sign that this trend is declining. However, a large number of premature deaths could be prevented by taking appropriate preventive measures. Among these measures, physical activity is often presented as having multiple benefits, and international guidelines emphasize the need to be active in order to avoid cardiovascular mortality.[1]

But physical activity is a broad concept, and few scientific studies have looked into the differences between various types of exercise may have. This was the focus of the new study published in Hypertension, which was conducted by the research teams led by Jean-Philippe Empana, Xavier Jouven, and Pierre Boutouyrie (Inserm/Université de Paris), in collaboration with Rachel Climie at the Baker Heart and Diabetes Institute, Melbourne, Australia.

The research by Empana and his colleagues was based on data from participants in the Paris Prospective Study III. For ten years, this extensive French study has been monitoring the health status of over 10,000 volunteers, aged 50 to 75 years old and recruited during a health check-up at the Paris Health Clinic (Paris Preclinical Investigations, IPC).

The cardiovascular health of participants was then assessed based on the health of their arteries using cutting-edge ultrasound imaging of the carotid artery (a superficial artery in the neck). This method, known as “echo tracking”, can be used to measure baroreflex sensitivity, a mechanism of automatic adaptation to sudden changes in blood pressure. When this system is impaired, this can lead to major health problems, and a higher risk of cardiac arrest.

Studying the arduous nature of work

In their analyses, the researchers distinguished between two components of the baroreflex: mechanical baroreflex, assessed through the measurement of arterial stiffness, and neural baroreflex, assessed through the measurement of nerve impulses sent by the receptors on the walls of the artery, in response to a distension of the vessel. Abnormalities in the mechanical component tend to be associated with aging-related cardiovascular diseases, while abnormalities in the neural component tend to be linked to heart rhythm disorders that can lead to a cardiac arrest.

“Our findings represent a valuable avenue of research for improving our understanding of the associations between physical activity and cardiovascular disease. They do not suggest that movement at work is harmful for health, instead they suggest that chronic, strenuous activity (such as lifting heavy loads) at work may be”, highlights Empana