The most recent studies on the connection between ischemic cardiovascular disease and job strain have been affected by many types of bias, such as the methodology used, the definition of stress and the number of cases studied. This has led to different risk values. To find out more, French researchers at Inserm and Université Versailles Saint Quentin joined a large European consortium called IPD-WORK Consortium, which brings together thirteen cohorts in Europe. Following a far-reaching analysis of nearly 200,000 people in Europe, researchers have now confirmed that job strain and cardiovascular accidents are related. Studies show that the risk of heart attack is 23% higher in persons exposed to stress than in those who are not. Stress prevention could reduce this risk.

Result published in The Lancet on Friday September 14, 2012

In recent years, studies have investigated the role played by various psychological factors (including personality, cognition and stress) in cardiovascular diseases. The main focus has been on psychological stress, especially job strain, which combines high demand in the workplace with low control. It emerged from earlier studies that job strain could multiply the risk of coronary events by two. Other research suggests a much slighter risk. The European IPD-WORK Consortium (Individual-Participant-Data Meta-analysis in Working Populations) was set up in 2008 to investigate this topic further.

The consortium brings together thirteen European cohorts, including the French GAZEL cohort, which is made up of 20,000 EDF-GDF employees who have been monitored since 1989. Inserm researchers Marcel Goldberg, Archana Singh Manoux and Marie Zins, from Inserm unit 1018 “Research Centre for Epidemiology and Public Health” and Université Versailles Saint Quentin, have contributed to the most extensive analysis ever carried out on the relation between job strain and the onset of coronary events. 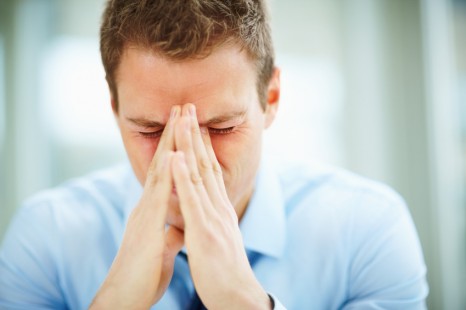 The specific feature of this analysis is that it incorporates the personal data of 193,473 participants in the European cohorts, thus allowing research teams to pinpoint the relation between job strain and risks over a large number of cases.

Seven national cohorts set up between 1985 and 2006 were studied. The countries concerned were Belgium, Denmark, Finland, France, Netherlands, Switzerland and the United Kingdom.

The study population had an average age of 42.3 years, with as many women as men. Questionnaires focusing on work-related psychosocial aspects were used to assess job strain. Among the points considered were job demand, the excessive workloads of some individuals, the conflicting demands made of them and the limited amount of time in which they were expected to complete their tasks.

The proportion of individuals exposed to job strain ranged from 12.5% to 22.3% according to previous studies. It represented 15.3% of this large study population.

At the same time, researchers identified 2,358 coronary events among the 200,000 individuals over an average monitoring period of seven years.

The importance of stress prevention

After analysing the data,

The results are practically the same after allowing for the participants’ lifestyles, age, gender, socioeconomic status and geographical distribution.

Taking the population as a whole (stressed and unstressed), the researchers consider that job strain can lead to a slight, but not negligible, increase in the risk of heart attack: “In our study, 3.4% of the heart attacks reported among the 200,000 individuals can be explained by job strain. Of the 100,000 to 120,000 heart attacks occurring in France every year, that would represent roughly 3,400 to 4,000 accidents attributable to this risk factor,” Marcel Goldberg explains.

The European research team suggests reducing this risk by stepping up measures to prevent work-related stress. Preventive measures in this area could also positively affect other risk factors, such as tobacco and alcohol consumption, which recent studies have shown to be partly stress-related.