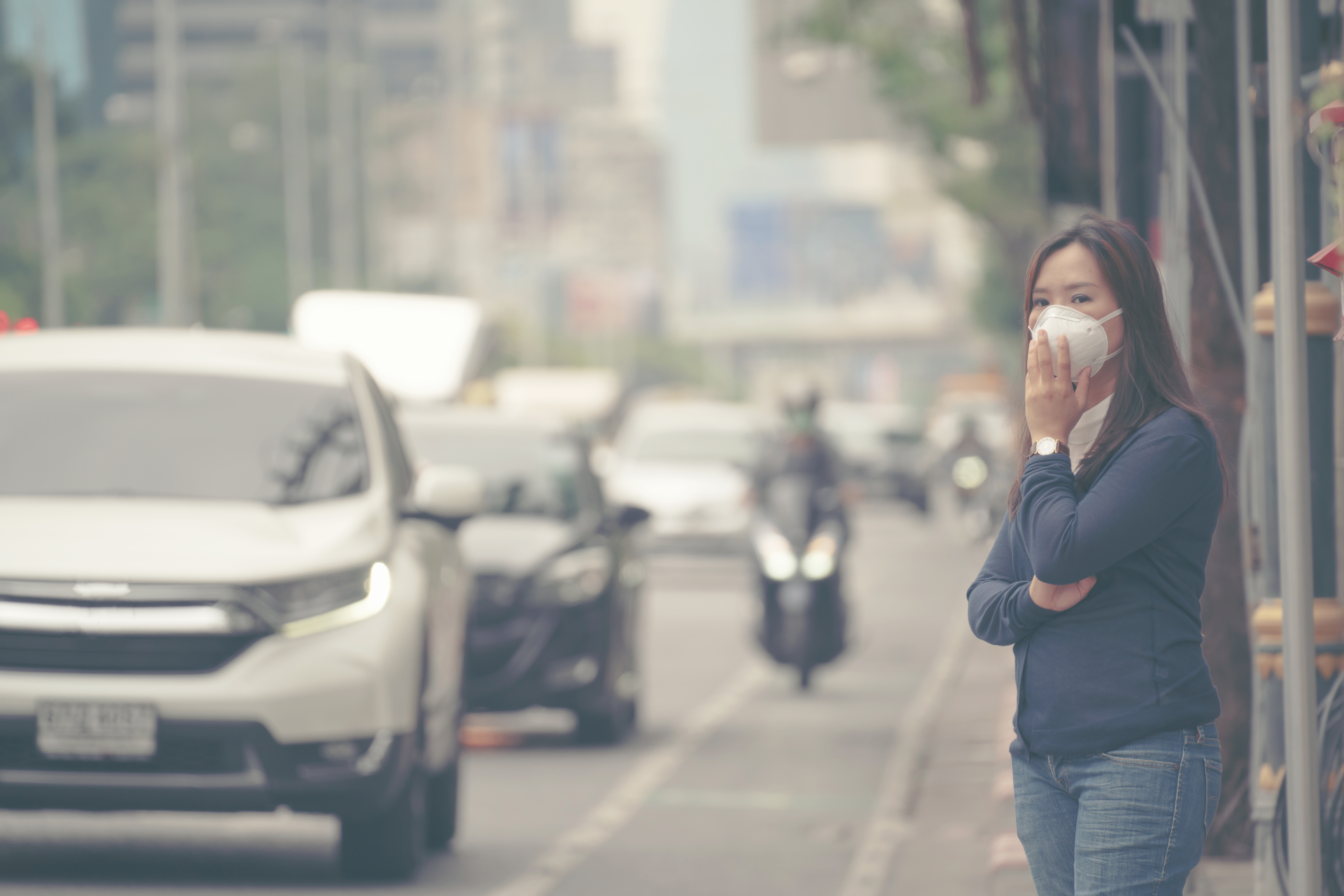 Could atmospheric pollutants have an impact on proper menstrual cycle function? This was the question asked by a research group led by Inserm researcher Rémy Slama at the Institute for Advanced Biosciences (Inserm/CNRS /Université Grenoble Alpes). They measured levels of hormones in the urine of 184 women throughout a complete menstrual cycle and compared them to the levels of pollution to which these women were exposed during the 30 days preceding the cycle. The researchers found an association between the concentration of fine particles in the air and the length of the follicular phase of the cycle (the phase preceding ovulation), which tended to increase in line with the levels of pollution.

These original findings, which have been published in Environmental Pollution, point to the need for more extensive studies to confirm these results.

Atmospheric pollution contains thousands of gas, liquid, and solid elements. Many previous studies have demonstrated the toxic effects of several of these elements, particularly fine particles, with a fraction of these inhaled pollutants able to reach not only the lungs, but also the bloodstream, heart, brain, and reproductive organs. The effects on mortality and cardiovascular function have been well characterized, while in relation to reproductive function, there is a probable impact on fetal growth and the risk of preeclampsia. Until now, however, very few studies have looked at the impact of pollution on ovarian activity and the various phases of the menstrual cycle.

The menstrual cycle is divided into two main phases separated by ovulation: the follicular phase, during which the egg grows prior to its release, and the luteal phase, which takes place after ovulation. Proper regulation of these phases is handled by the hypothalamic-pituitary-ovarian axis, a chain of hormonal information between the hypothalamus in the brain, the pituitary gland (the gland located under the hypothalamus), and the ovaries, which is itself affected by other hormonal regulatory chains. Some studies have suggested that this axis may be altered by exposure to fine particles.

A research group led by Inserm researcher Rémy Slama at the Institute for Advanced Biosciences (Inserm/CNRS/Université Grenoble Alpes) looked at the potential short-term effects of recent exposure to atmospheric pollutants on the length of the menstrual cycle and its two phases.

As part of the French Observatory for Fertility study (Obseff),[2] the researchers recruited and monitored 184 women who were not on hormonal contraception. The women agreed to collect a urine sample every one to two days throughout a complete cycle. Their hormone levels were then measured to assess the day corresponding to ovulation and the length of the follicular phase and luteal phase.

The levels of pollution (fine particles or PM10 and nitrogen dioxide) at the home address of these women were estimated and averaged across the 30 days preceding the cycle,[3] using information provided by the network of permanent monitoring stations and a national model.

The researchers found that each 10 µg/m3 increase in the concentration of fine particles (PM10) in the air during the 30 days preceding the cycle in question was associated with an increase in the length of the follicular phase by around 0.7 days. However, no clear difference was observed in the luteal phase or total length of the cycle.

According to Rémy Slama, “These findings are consistent with more fundamental data suggesting that atmospheric pollution may disrupt the axis that controls the menstrual cycle, and stress hormones such as cortisol, which can affect it.” He concludes that “This is original research that has generated a new hypothesis. It will likely take some time to disprove or confirm it on the basis of larger population samples, given the cost and effort such studies require.”

[2] The French Epidemiology Observatory for Fertility was a very large representative study carried out by Inserm in 2007-09 with support from Santé Publique France (French Public Health Agency), ANR (French National Research Agency), and ANSES (French Agency for Food, Environmental and Occupational Health & Safety), which produced data to characterize the frequency of subfertility across the country. Around 50,000 households were contacted to identify about a thousand women of reproductive age not using any contraception, a subgroup of whom agreed to take part in this study.

[3] For reasons related to the confusion bias that can arise when looking at the long-term effects of exposure, and the existence of an experimental animal study suggesting a short-term effect, the researchers limited the study to a window corresponding to the menstrual cycle preceding the one in which hormone levels were measured.

Inserm has joined forces with telecommunications company Orange to study the impact of confinement on population mobility and explore how using aggregated cellphone data could improve COVID-19 pandemic predictions. ...