Romauld Lepers and Thomas Cattagni, researchers from Inserm Unit 1093 “Cognition, Action and Sensorimotor Plasticity” at the Université de Bourgogone, have analysed changes in participation and performance of runners aged 20 to 80 in the New York marathon over the last 30 years. The results are largely unexpected: the best male marathon runners over 65 and the best female marathon runners over 45 have consistently improved their performance over the last 30 years. At the same time, the researchers also observed a strong increase in athletes over 40 participating in the New York marathon: from 36% of the total masculine runners between 1980-1989, to 53% between 2000-2009; and from 24 to 40% during the same periods for female runners. Details of these descriptive analyses were published in the AGE review, The Official Journal of the American Aging Association. 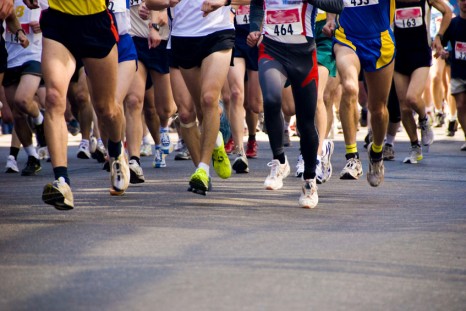 Inserm researchers analysed the chronometric performances of competitors in the New York marathon in accordance with age and sex over the 1980-2009 period. They classified runners who successfully completed he race into 10 separate age categories (20-29; 30-39; then every 5 years from between 40 and 79).

“The improved performances can be explained by the increased number of participants in these age categories, as well as the increased interest this age population has in terms of the benefits of physical activity on health and well being” says Romuald Lepers, whose research into motor function plasticity during aging is part of the overall research of Inserm Unit 1093 “Cognition, Action and Sensorimotor Plasticity”, directed by Thierry Pozzo.

In recent years, the gap in performance between men and women has stabilized, in all age categories, suggesting that the decline in physiological functions with age is similar for both sexes. The mechanisms via which physical activity acts advantageously in terms of slowing down aging-related processes remain to be explored. For the researchers, this initial data on athletes over 40, combined with new physiology and sociology data, will lead to improved understanding of the role physical exercise has in “aging well”.