Using innovative technology to analyse MRI anatomical data, researchers have successfully detected 3D shape variations in the brains of some patients suffering from schizophrenia. Using this data, they have deduced that the shape variations are caused by disruptions during key brain development stages. Arnaud Cachia, part of the team led by Marie-Odile Krebs and Thérèse Jay (Inserm unit 894 / Université Paris Descartes “Centre of psychiatry and neurosciences” at the Sainte-Anne hospital), published the results of this study in Schizophrenia Bulletin on xx July. In time, the researchers hope to develop therapeutic strategies that take account of the individual characteristics specific to different patients.

Schizophrenia is a serious and debilitating illness that affects around 1% of the French population. This complex disorder involves several genetic and environmental factors and its first signs generally appear during adolescence or in young adults.

Difficulties in performing correct diagnoses stem from the fact that patients’ symptoms may vary greatly: deliria, hallucinations, self withdrawal or even signs of autism. These symptoms can lead to changes in personality and a loss of grip on reality. The illness may manifest itself in several ways, either suddenly during a hallucination or deliria, or in a more insidious manner, with a progressive deterioration of the patient over several years. It is particularly difficult to identify the causes of schizophrenia since we know that genetic factors interact with one another, as well as with environmental factors (intense stress, cannabis use, etc.). Faced with this heterogeneity, the researchers attempted to sort patients into relevant sub-groups to personalize future treatments.

The shape of the brain: a marker of a schizophrenia sub-type

The study conducted by Arnaud Cachia focuses on 44 patients receiving care at the Service Hospitalo-Universitaire at the Sainte-Anne hospital. The brains of these patients were scanned on the imaging platform at a time when they experienced their first psychotic episode. These patients have therefore received little or no previous treatment. Two sub-groups were then compared: schizophrenic patients with and without neurological soft signs.

The scientists endeavoured to verify whether anatomic similarities in the brain are found in each of the two sub-groups, which are homogeneous in terms of clinical symptoms. MRI anatomic scanning was used to check this hypothesis.

The 3D morphology of cortex folding, taken from the MRI, was analysed using sophisticated software developed by CEA researchers (Neurospin). Calculating the cortex folding rate reveals that on average patients with neurological soft signs have folds (sulcus and cerebral gyri) that are slightly less pronounced than patients without these signs.

“We have observed subtle disruptions in the folds of the cortex in patients with neurological soft signs” explains Arnaud Cachia. “We can thus deduce that there were disruptions during key stages of brain development, causing different cognitive and motor development trajectories.”

In this way, this discovery made through fundamental research into these sub-groups will make it possible to better adapt therapeutic strategies by factoring in the individualities of each patient and also to act as early as possible. “One of the next stages shall be to identify the involvement of any neurodevelopment-related genes” conclude the researchers. 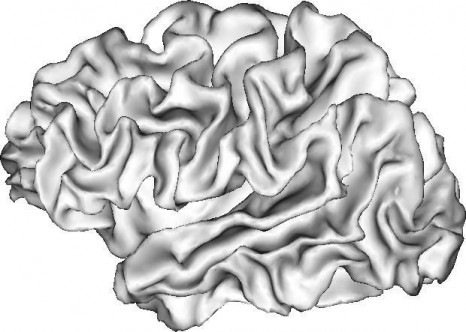 Cortex folding of a schizophrenic patient WITH neurological soft signs 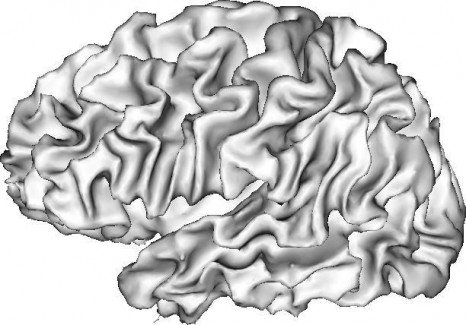