Mice’s individuality is influenced by their relations 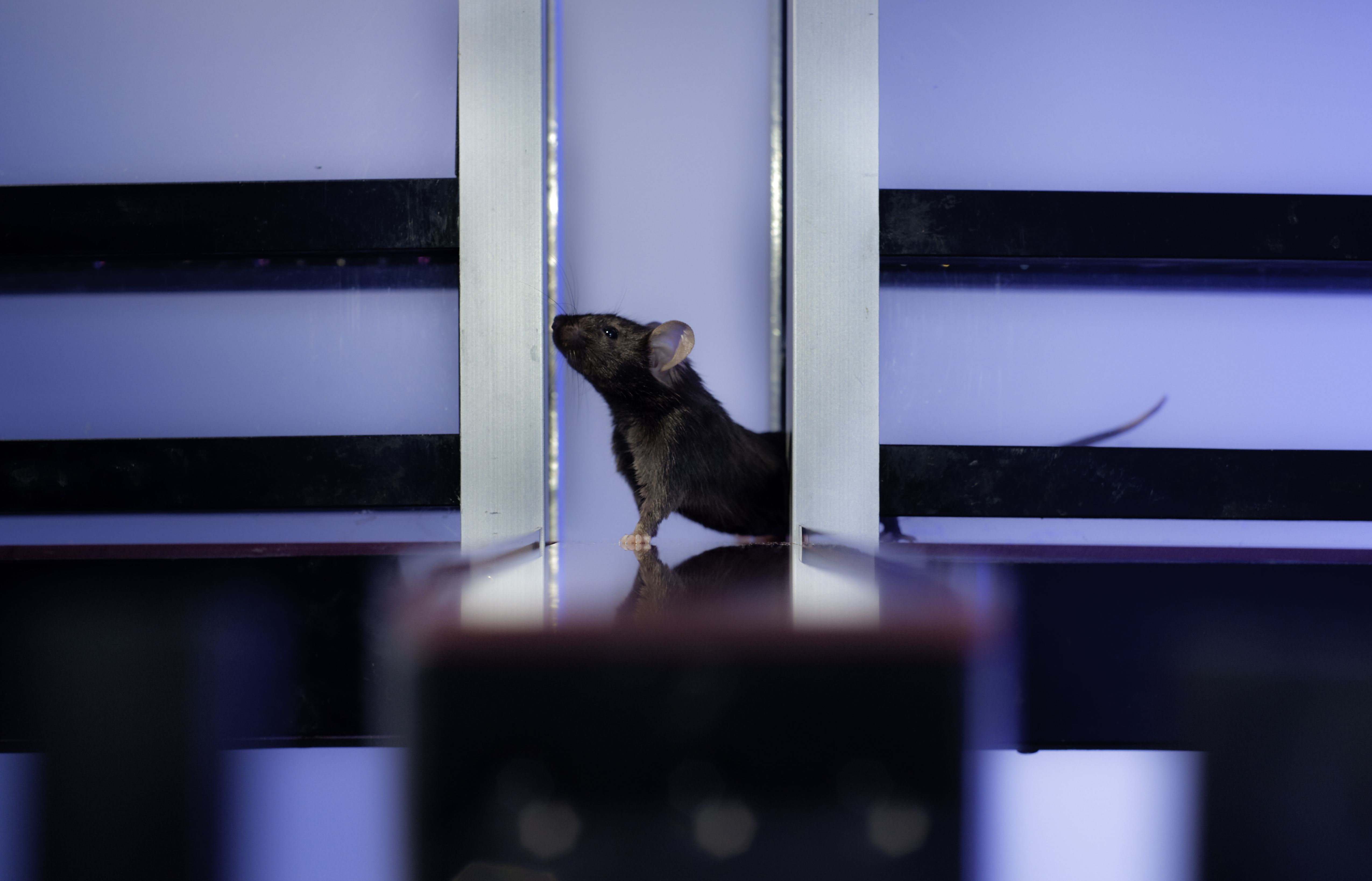 Individuality exists in all animals, and a number of factors shape it over time. For mice, one of those factors is the social environment, as researchers at CNRS, INSERM and Sorbonne Université have just shown. In this species, some stable character traits may even be inscribed in an individual’s neuron activity and change when the group’s composition changes. These results are published on August 6, 2018 in Nature Communication.

Individuality is not exclusive to humans. Though this idea was previously rebutted by biologists, today it is accepted that individuality is found in all animal species. It is defined as all the behavior differences between individuals of a single species that are relatively stable over time. Though the process called individuation is supported by genetic and development components, researchers have just demonstrated in mice that the social environment and activity of some neurons also participate in determining the emergence of distinct individuals.

To reach this conclusion, teams at Laboratoire Neuroscience Paris-Seine (CNRS/INSERM/Sorbonne Université), Laboratoire Adaptation Biologique et Vieillissement (CNRS/Sorbonne Université)1 and at Sorbonne Université’s Institut de la Longévité at Hôpital Charles Foix (AP-HP) studied the life of mice living in “Souris City” (Souris is the French word for mouse), an innovative experimental device having two common living spaces for the animals, and an option to make them take a test one by one, without human intervention. It is by means of this test that the researchers have identified different “personalities” among the mice. This device includes a T-shaped maze where the mice had to choose one of the two arms, where one led to normal water and the other led to sweetened water. These two positions were alternated regularly. When faced with this problem, two radically different strategies emerged: some mice varied their choice very often, others hardly ever.

The first thing that the authors observed was that the type of behavior adopted by each individual was correlated to the activity of dopamine-producing neurons, which are especially involved in decision making. For example, the mice that alternated the most had lower dopaminergic activity. Therefore, one can say that mice have biologically inscribed individuality.

To understand the role of mice’s social environment on how these different individualities develop, the researchers continued their experiments by changing the composition of the groups in Souris City. They grouped the individuals who adopted the same test strategy, those who rarely alternated on one side, and those who alternated often on the other. Surprise! After a few weeks, roles had redistributed in both groups! Some mice who had rarely varied their choice had become the more adventurous ones in their new group, and vice versa.

What was even more surprising, this behavior change was correlated with a change in dopamine pathway activity in the mice.

These results suggest that decision-making mechanisms, behavioral repertoires and activity levels in the nervous systems of each individual are far from being set and adapt according to the social structure in which the animals evolve.

The fact that the social environment contributes to differences between the individuals has implications for sociology, psychology, biology and medicine. Social factors also participate in the development of psychiatric pathologies such as addiction. This is a field that the researchers are going to investigate, studying the influence of social environment on vulnerability to drugs.