Congenital amusia is a disorder characterized by impaired musical skills, which can extend to an inability to recognize very familiar tunes. The neural bases of this deficit are now being deciphered. According to a study conducted by researchers from CNRS and Inserm at the Centre de Recherche en Neurosciences de Lyon (CNRS / Inserm / Université Claude Bernard Lyon 1), amusics exhibit altered processing of musical information in two regions of the brain: the auditory cortex and the frontal cortex, particularly in the right cerebral hemisphere. These alterations seem to be linked to anatomical anomalies in these same cortices. This work, published on XX April 2013 in the journal Brain, adds invaluable information to our understanding of amusia and, more generally, of the “musical brain”, in other words the cerebral networks involved in the processing of music. 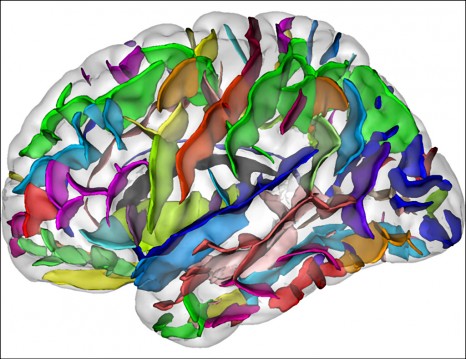 Congenital amusia, which affects between 2 and 4% of the population, can manifest itself in various ways: by difficulty in hearing a “wrong note”, by singing “out of tune” and sometimes by an aversion to music. For some of these individuals, music is like a foreign language or a simple noise. Amusia is not due to any auditory or psychological problem and does not seem to be linked to other neurological disorders. Research on the neural bases of this impairment only began a decade ago with the work of the Canadian neuropsychologist Isabelle Peretz.

Two teams from the Centre de Recherche en Neurosciences de Lyon (CNRS / Inserm / Université Claude Bernard Lyon 1) have studied the encoding of musical information and the short-term memorization of notes. According to previous work, amusical individuals experience particular difficulty in hearing the pitch of notes (low or high) and, although they remember sequences of words normally, they have difficulty in memorizing sequences of notes.

In a bid to determine the regions of the brain concerned with these memorization difficulties, the researchers conducted magneto-encephalographs (a technique that allows very weak magnetic fields produced by neural activity to be measured at the surface of the head) on a group of amusics while they were performing a musical task. The task consisted in listening to two tunes separated by a two-second gap. The volunteers were asked to determine whether the tunes were identical or different.

The scientists observed that, when hearing and memorizing notes, amusics exhibited altered sound processing in two regions of the brain: the auditory cortex and the frontal cortex, essentially in the right hemisphere. Compared to non-amusics, their neural activity was delayed and impaired in these specific areas when encoding musical notes. These anomalies occurred 100 milliseconds after the start of a note.

These results agree with an anatomical observation that the researchers have confirmed using MRI: amusical individuals have an excess of grey matter in the inferior frontal cortex, accompanied by a deficit in white matter, one of whose essential constituents is myelin. This surrounds and protects the axons of the neurons, helping nerve signals to propagate rapidly. The researchers also observed anatomical anomalies in the auditory cortex. This data lends weight to the hypothesis according to which amusia could be due to insufficient communication between the auditory cortex and the frontal cortex.

Amusia thus stems from impaired neural processing from the very first steps of sound processing in the auditory nervous system. This work makes it possible to envisage a program to remedy these musical difficulties, by targeting the early steps of the processing of sounds and their memorization.