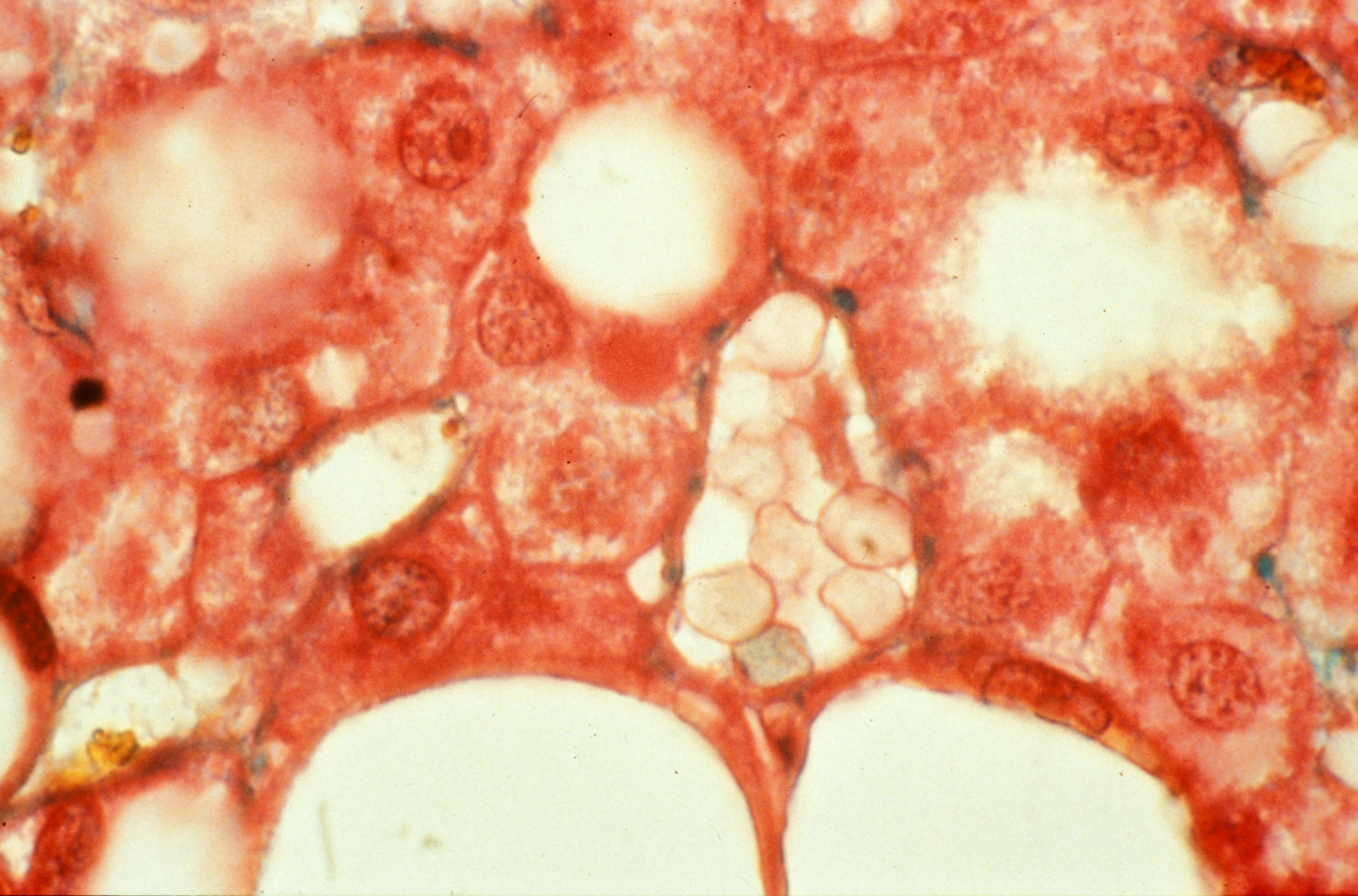 Detail of a stéatose, an accumulation of a fat, a triglyceride, in the hepatic cell. Copyright: Inserm/Hadchouel, Michelle

Day after day, the microbiota continues to yield its secrets. In a new study published in Nature Medicine, Rémy Burcelin, Inserm Research Director at the Institute of Cardiovascular and Metabolic Diseases (Inserm/UPS) along with researchers from Inserm Paris, Imperial College London, Girona Hospital and University of Rome Tor Vergata, show how certain gut bacteria cause the accumulation of fat in the liver and play a major role in fatty liver disease (hepatic steatosis). This research could ultimately lead to the availability of biomarkers to predict the disease and proposed therapeutic solutions based on nutritional, and pharmacological approaches and a new generation of probiotics.

Seventy to 80% of people with obesity and type 2 diabetes have “fatty liver”. Fat accumulated in this organ rapidly, when associated with inflammation, leads to the development of liver failure, a diminished ability to filter environmental and dietary toxins resulting in the risk of cancer.

No drug treatments exist at present. The only solutions involve diet and, in the most extreme cases, liver transplant.

Faced with this therapeutic dead-end, FLORINASH, a European consortium of researchers from France (Inserm), Italy and the UK decided to create and compile data from two large cohorts of 800 obese men and women, separating the groups according to the presence or absence of fatty liver. Various medical data were collected from the participants. Then, in a smaller subgroup of around 100 obese women, molecular analyses were carried out on liver biopsies and urine, plasma and fecal samples.

The objectives of this new study were to discover the biological pathway through which liver failure manifests, reveal biological markers to predict the risk of developing the disease in obese individuals, and find therapeutic solutions.

Existing findings from Inserm published in 2007 and 2011 had explained the process through which gut bacteria (microbiota) become harmful, leading to obesity and type 2 diabetes. The researchers were therefore wondering whether the microbiota also plays a role in the onset of the hepatic complications of type 2 diabetes and obesity.

Using the female patients’ biopsies and clinical data, the researchers applied a big data approach. An immense database containing the various molecular details of the microbiota composition, liver genes, plasma proteins and urine proteins was constituted. The researchers then developed algorithms able to identify a logical link between these data.

In other words, explains Rémy Burcelin, Inserm Research Director and study coordinator: “We wanted to see if we could identify, step by step, from the microbiota, the succession of mechanisms responsible for hepatic disease.”

Through this large-scale work in which the algorithms screened over three million bacterial genes, the researchers made two findings. The first is that the more the disease progresses,the greater the fall in microbial gene diversity, suggesting diminished microbiota composition even before the first symptoms appear. The second is that a specific compound of the microbiota, phenylacetic acid, potentiates fat accumulation in the liver while lipopolysaccharides trigger inflammation.

In order to prove the causal link between observation and effect, the researchers continued their work, this time in animals and human liver cells. This involved transferring into healthy mice the microbiota of human donors with fatty liver disease, leading to a drastic increase in their liver triglycerides. It was also shown that when phenylacetic acid was administered to mice, fat built up in their livers.

According to the team, it would be possible in the long-term, by manipulating intestinal bacteria, to prevent the hepatic complications of obesity. The idea is also to be able to lead to the development of a new generation of probiotics, food supplements and to a pharmacological strategy which interferes with the bacterial mechanisms responsible for the liver disease.