A large-scale collaborative study, conducted by a French team comprising of the Infectious and Tropical Disease departments of the AP-HP, the hospital bacteriology and hygiene laboratories, the Research Unit of the Bichat – Claude Bernard hospital, the Paris-Diderot University, Inserm, the Pasteur institute and InVS, revealed the acquisition of multi-resistant enterobacteria (MRE) in one in two travellers returning from a stay in a country situated in a tropical region. These results were published in the international journal Clinical Infectious Diseases on 22nd April, 2015. 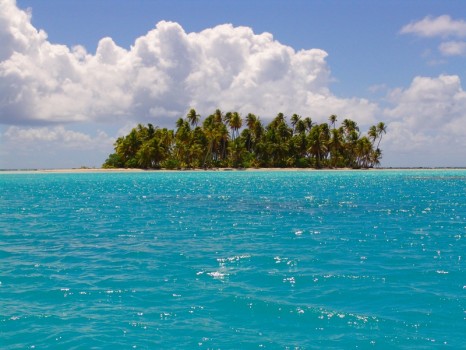 Enterobacteria are microorganisms naturally present in our digestive tract.  While some are completely harmless, others can be responsible for serious infections. In such cases, the patients are treated with antibiotics. Unfortunately, some of these bacteria are resistant, making treatment of these diseases difficult.

The teams coordinated by Sophie Matheron and Etienne Ruppé carried out a study on 824 healthy people before and after a stay in a tropical region (sub-Saharan Africa, Asia, or South America). These people were asked to answer a medical questionnaire and to provide a stool sample in the week before their departure and within three days of their return. This step was repeated for travellers carrying multi-resistant enterobacteria (MRE) until the samples were negative.

The acquisition of these microorganisms is favoured by the taking of antibiotics (which alters the natural “barrier” protection effect of the bacteria normally present in the digestive tract), the occurrence of diarrhoea during the trip, and the type of trip.  The open stays (organised trips, the family or the backpacker type) present a greater risk than closed stays in hotel-clubs. The prolonged follow-up showed that 95% of the travellers spontaneously eliminate the MRE in the three months after their return.

This study reminds us of the importance of the prudent use of antibiotics (often consumed in an excessive way in cases of simple diarrhoea) and the importance of respecting the preventative and basic hygiene rules during the trip (wash food, wash hands, drink water from a bottle, etc.). Thanks to dedicated consultations, the international vaccine and advice centres provide this information to travellers. They also give other advice and prescriptions depending on the destination (vaccination, prevention of malaria).

Finally, these results highlight the necessity to study the involvement of MRE in patients reporting an infection in the three months following their return from a tropical region. Thus, the health professionals in towns and hospitals may prescribe a treatment adapted to a possible antibiotic resistance.

It should be noted that travellers carrying MRE are not ill and, on this ground alone, have no reason to consult a doctor.

This study was sponsored by the Public Hospitals of Paris (Assistance Publique-Hôpitaux de Paris – AP-HP) as part of a Hospital Clinical Research Program (Programme Hospitalier de Recherche Clinique – PHRC).
TO CITE THIS POST :
Press release – Inserm press room One in every two people bring back multi-resistant enterobacteria after a trip in a tropical zone Link : https://presse.inserm.fr/en/one-in-every-two-people-bring-back-multi-resistant-enterobacteria-after-a-trip-in-a-tropical-zone/19906/